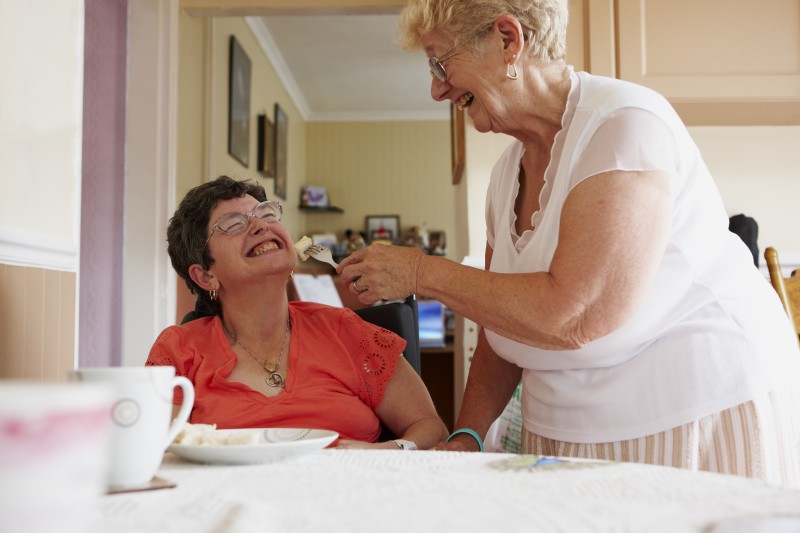 Photo from The ARC

As Oklahomans, along with the rest of the world, focus on the present COVID-19 health crisis, we could soon be faced with another health challenge in Oklahoma depending on the choices our state makes regarding Medicaid expansion.

For most, understanding Medicaid expansion seems as daunting as stopping the spread of the coronavirus. In either case, our lack of understanding doesn’t prevent us from having to deal with it. Tulsa Advocates for the Rights of Citizens with Developmental Disabilities (TARC) is doing its part to inform those we serve by helping to explain Medicaid expansion and the two options to offer it to low-income Oklahomans.

What is Medicaid Expansion?

The authorization of the Affordable Care Act in 2014 gave states the option to expand Medicaid health care eligibility to include low-income adults under age 65. At that time, the federal government paid for the full cost to expand Medicaid to people earning below 138 percent of the federal poverty level ($16,735 per year for one person or $34,638 for a family of four.) After 2016, the federal government’s payment offer dropped to 90 percent of Medicaid expansion costs, leaving the state to pick up the remaining 10 percent. To date, 36 states and Washington, D.C. have expanded Medicaid. Oklahoma is one of 14 states that have not.

In 2019, Oklahomans launched an initiative petition and collected enough signatures from registered voters to put State Question 802, to implement Medicaid expansion, on the ballot in 2020. Gov. Stitt has yet to set an election date for SQ 802, which would expand Medicaid without conditions to approximately 200,000 low-income Oklahomans through a constitutional amendment. It’s currently expected to be on the June primary, August primary run-off or November general-election ballot. If SQ 802 passes by a vote of the people, it would supersede any statutory Medicaid expansion plans put in place by Governor Stitt and the State Legislature.

In January 2020, Gov. Stitt announced “SoonerCare 2.0” as his plan to expand Medicaid in Oklahoma during a Trump administration press conference unveiling the Healthy Adult Opportunity (HAO), which gives states the option to design conditional health care programs for adults under 65 versus accepting traditional Medicaid expansion.

Under HAO, there is a per person cap on the federal government’s payment to states, limiting the amount spent per enrollee in the program. States would also have the option to apply additional conditions of eligibility, like work requirements and co-pays.

Last month, Stitt took a first step to implementing SoonerCare 2.0 by submitting a state plan amendment to allow Oklahoma to expand Medicaid through the traditional model. This month, amid the COVID-19 pandemic, he pursued adding in elements of HAO including charging premiums and co-pays and putting work requirements on those who enroll in SoonerCare 2.0. Oklahomans can read the full plan in the state’s waiver application and submit comments about the plan during a 30 day window that closes April 15th.

The state hopes the waiver will be approved by November, allowing the Oklahoma to implement the changes by July 1, 2021.

What does it mean for the I/DD community?

As SoonerCare 2.0 takes shape with elements of HAO, it does not appear to directly impact people with intellectual and developmental disabilities (I/DD) who already receive funding for home and community-based services. However, disability advocacy group The Arc of the United States explains, people with I/DD are part of the Medicaid expansion population and could be directly impacted by HAO.

“Medicaid equals access to health and wellbeing for millions of people, including people with disabilities, their family members, and their direct support professionals. This decision is a blow to the entire disability community. It also begs the question – once they block grant one part of the program, what’s stopping them from moving on to the home and community-based services that make independence and community possible for people with intellectual and developmental disabilities?” said Julie Ward, Senior Executive Officer for Public Policy with The Arc.

Whether or not an Oklahoman has I/DD or has someone with I/DD in their life, TARC encourages all Oklahomans to learn more about the two options to expand Medicaid because all registered voters in Oklahoma will have the opportunity to vote on SQ 802 in 2020.

The Governor has several possible statewide elections to choose from: the general primary election in June, the primary runoff in August, or the general election in November. Alternately, the Governor can call a special election. Whenever it is held, SQ 802 must receive 50 percent or more votes to pass.

All Oklahomans also have the opportunity to voice their thoughts about Gov. Stitt’s SoonerCare 2.0 proposal by submitting a comment by April 15. Although the Governor intends to pursue his plan through an Executive Order, additional legislation and budget appropriations by the State Legislature may be needed to implement the plan. Oklahomans can contact their legislators about their thoughts on SoonerCare 2.0 as they will likely play some role in determining the fate of the Governor’s plan.

If SoonerCare 2.0 continues to move forward and SQ 802 does not pass, lengthy court challenges to the Governor’s plan could ensue, prolonging the lack of health care for low-income Oklahomans.

TARC is committed to ensuring a high quality of life for individuals with developmental disabilities and their families through education, empowerment, support, and advocacy. For more information, visit ddadvocay.net 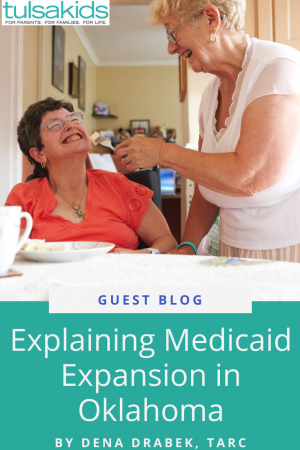