Earlier this month, I had the pleasure of attending the wedding of a dear friend. It was wonderful watching her get married to her now-wife, who makes my friend so happy, and I believe there was no purer way to celebrate the ideal that love is love. In another time and place, this wedding wouldn’t have been possible, and it gave me so much joy knowing that my friend got to celebrate her union with the one she loves the most. In a couple days, Pride Month will be over. Businesses will change their social media logos back to the “un-rainbowed” version, queer folks may get less air time on cable TV, and colorful flags might get stashed in the garage until next summer. But I feel that it’s important to remember our LGBTQ+ friends and neighbors when we consider reading diverse and inclusive literature with our children.

If you’re looking to keep Pride Month going, check out these book recommendations for readers of all ages. Our bookseller, Carolyn, helped me come up with this list of titles, as this is an area of literature that she’s really passionate about. (And frankly, she’s your best bet for getting a great YA recommendation at the Shop!)

All of these books can be purchased at Eleanor’s Bookshop on the southwest corner of 11th and Lewis. If you’re unable to make it into the store, check out our online store at bookshop.org/shop/eleanorsbookshop, where we have some of these titles (and more!) organized in lists for your convenience.

MOMMY, MAMA, AND ME by Lesléa Newman 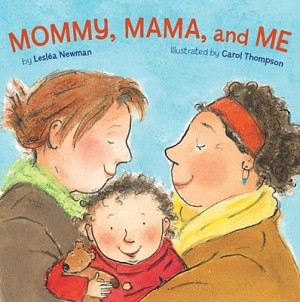 This board book, appropriate for the littlest of readers (ages 0-2), follows the day of a toddler as her Mommy and Mama brush her hair, pour her juice, and take her to the playground. MOMMY, MAMA, AND ME reads like a traditional board book with rhyming couplets, narrating familiar activities of a toddler. However, this title is a nice choice for same-sex parents who would like to read a book with their little one that looks like their family experience. Newman has another version of this title called DADDY, PAPA, AND ME.

EXCEPT WHEN THEY DON’T by Laura Gehl 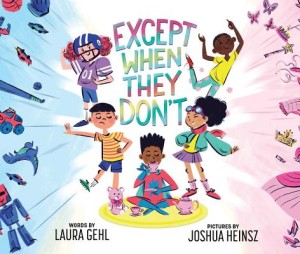 EXCEPT WHEN THEY DON’T is such a fun book. Gehl does an excellent job breaking gender stereotypes – especially ones that kids start to hear from a young age: Girls sashay in sparkly shoes. Boys wear clothes of only blue. Boys cut bad guys down to size. Girls paint purple butterflies. …Except when they don’t.

The imaginative illustrations really bring Gehl’s words to life. Little girls wearing tutus and football helmets rush past a young man in a superhero outfit enjoying a tea party with his stuffed animals. This one is all about enjoying the things you love, even if some people think those things are “only for girls” or “only for boys.” Because of the way it’s written, this book also makes for an excellent read aloud. 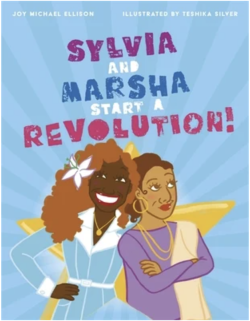 At Eleanor’s Bookshop, we believe in introducing non-fiction texts at an early age that are engaging and easy to understand. This sets a foundation for kiddos realizing they can read to learn after learning to read. Both of these titles describe the 1969 events at Stonewall Inn that sparked a global gay rights movement in such a way that kiddos can understand the complexities of what happened and why it was important.

While STONEWALL focuses more on the event itself, SYLVIA AND MARSHA focuses on Sylvia Rivera and Marsha P. Johnson, the two transgender women of color who helped start the Stonewall uprising and continued to fight for the rights of the LGBTQ+ community. 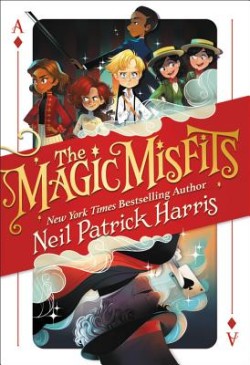 Neil Patrick Harris, who is himself a member of the LGBTQ+ community, has written this sweet middle grade series about the magical adventures of a young street magician named Carter. Written in the style of Lemony Snicket’s THE SERIES OF UNFORTUNATE EVENTS, Harris engages young readers by addressing them throughout the narrative.

In Book 2 of the series, THE SECOND STORY, Carter moves in with his friend Leila who has two loving adoptive dads. The story does a good job illustrating Leila’s love for her fathers while also wanting to explore the mystery behind her biological parents.

THE BACKSTAGERS series by James Tynion IV and Rian Sygh 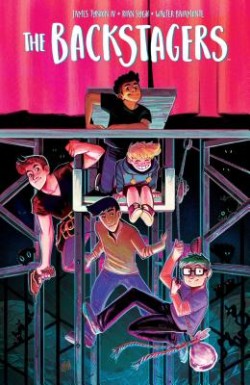 This graphic novel series has gotten rave reviews because it has a little bit of everything: fun, fantasy, mystery, and reality. It follows the story of Jory, the new kid, and his friends, The Backstagers, who work together as the stage crew for the school theater program. The real excitement begins when Jory encounters a mystical door backstage that leads to different worlds!

This series features characters with a range of gender identities and is recommended for kids 14 and up.

YOU SHOULD SEE ME IN A CROWN by Leah Johnson 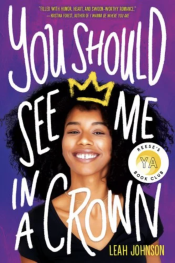 It’s no wonder that this title was Reese Witherspoon’s first YA Book Club pick in the summer of 2020. Leah Johnson is an excellent storyteller. Readers will laugh, gasp, and cry as they follow along with the story of Liz Lighty – a young Black girl growing up in Indiana. In order to win some college scholarship money from her high school, Liz decides to run for homecoming queen. However, as if life doesn’t seem to throw enough challenges Liz’s way, she starts to fall for one of the queen candidates.

For those of you who have read Sarah Dessen books, it’s clear the influence Dessen’s work has had on Johnson. Johnson captures the innocence and newness of teen love in a fresh, creative way. I would recommend this title for high school students. I actually listened to this title on audiobook with Libro.fm, and it was really delightful. I would be shocked if this doesn’t get turned into a movie! 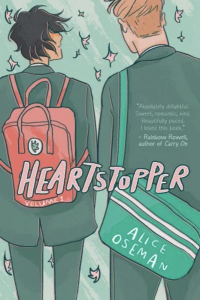 Now that this has been turned into a popular Netflix series, I would be remiss not to mention the HEARTSTOPPER books by Alice Oseman. Because of the strong language, these graphic novels would be better for older teens. This boy-meets-boy tale has representations of a healthy relationship and concern for mental health.

The fifth and final book in the series is set to come out in early 2023, so get caught up before the new release! 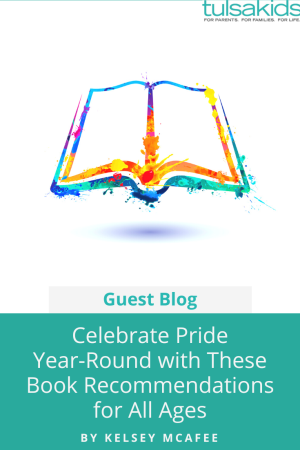