The roads are practically empty.

Although it’s just 4:30 a.m., artisan baker Efrén Romo has been up for a while. He has been hard at work mixing, shaping and frying batch after batch of his specialty — a classic Mexican confection called the churro, a hand-crafted, elongated pastry, crispy and golden on the outside, but soft and white on the inside. Sprinkle a little sugar on top, and the churro becomes the perfect companion for a bitter, cold day.

Approaching the door leading into the Pancho Anaya Bakery, near Admiral and Garnett Road in east Tulsa, the peace and silence of early morning is shattered. A radio is blaring, playing some “música norteña,” a Mexican ensemble of accordions and drums. Several bakers are inside, banging trays full of bread. A gigantic mixer grinds away. Being up and running so early has a wonderful reward: The air is fragrant with the smell of baking bread.

A native of Aguascalientes, Mexico, and a proud Tulsan, Romo has been perfecting his churro method for nearly half a century. He and his team turn out 600 to 1,000 churros at a time.

To make his churro, Romo eschews the traditional pastry piping bag in favor of a huge metal syringe. The dough is fashioned into cylindrical strips with the typical exterior grooves and a hollow center so a filling can be added. 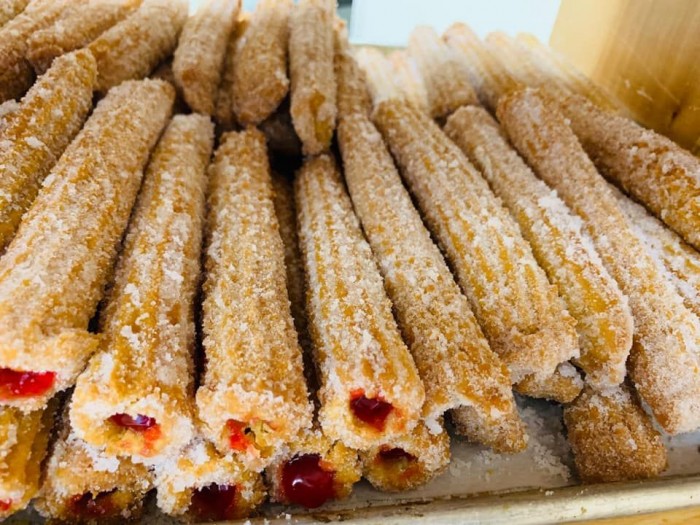 “The concept is the same. The process is similar, but also a little different,” Romo says. He says with modern kitchen machinery, he no longer has to press the dough with a piece of wood. “It’s easier, but you still need your hands. A machine cannot do this. And that’s beautiful, because this is a demonstration of our roots.”

Everything is done very quickly. “Timing is key,” says Romo, as he methodically shapes the dough, checks the oil and loads a tray with mountains of sugar. “But you cannot use a watch or be checking the clock every second. It’s a matter of feeling and smelling. That’s how you know when the churros are ready for the next step.”

Once the churros have rested enough — based only on Romo’s innate sense — they are coated in sugar. Then, they are ready to eat, and the quicker the better. 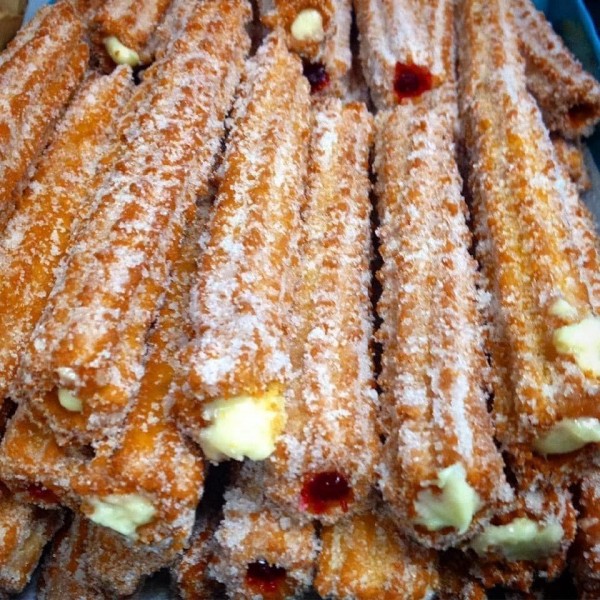 “The best thing is to eat them when they are still ‘calienticos’” — pretty hot, that is — and “of course, they taste better with a ‘champurrado’ (thick Mexican hot chocolate).”

Immediately after that fleeting moment of joy, Romo starts over again.

Asked why his special method makes such tasty churros, Romo stops for a moment, adjusts his baseball cap and says: “My hands, that’s the secret. Our recipe is very traditional, very authentic. But our hands make the difference. That’s why they taste so good.” 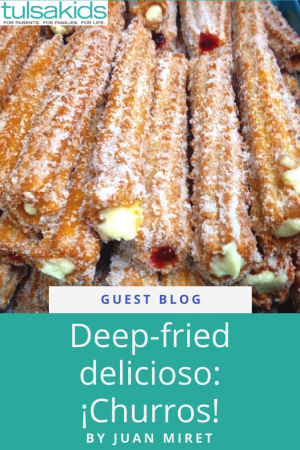