Yes! Tulsa, in the heart of the historic Route 66, has had, since the 1950’s, El Rancho Grande Restaurant, which on its menu has the Night Hawk. A delicious meal made up of two cheese and one onion enchiladas, smothered in a spicy chili con carne, sprinkled with melted cheese and accompanied by a little taco in a tortilla that disappears in your mouth. 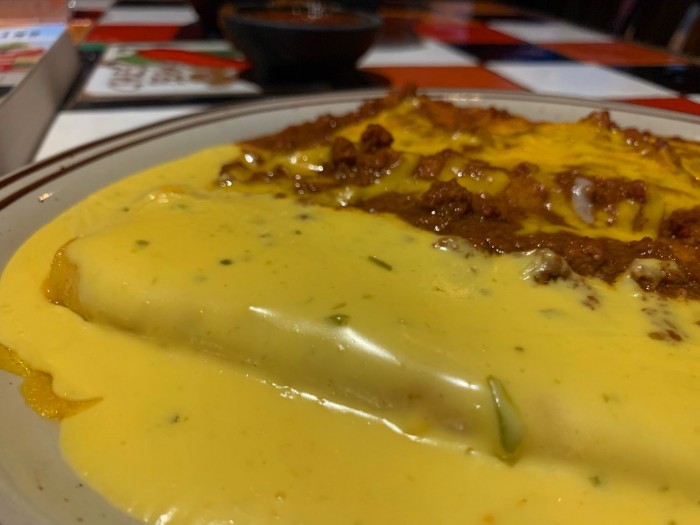 According to Taco USA: How Mexican Food Conquered America, an extraordinary book written by Gustavo Arellano, Los Angeles Times columnist, The Times: Daily News from the L.A. Times podcast host, and King of Desmadre, this dish is history on a plate.

I chatted with Gustavo, and he told me that this dish is in the top five not only for its taste, but for its historical importance.

Arellano began thinking about his culinary journey in the Fall of 2008, but it was not until October 2010 that he visited Tulsa – invited by the Hispanic Resource Center of the Tulsa City-County Library system. “Everyone knows that there’s great Mexican food in Los Ángeles, Chicago, and San Antonio,” he said. “But I wanted to expose people to unexpected places.”

Gustavo went back a couple of times to El Rancho Grande during his research for the book, but hasn’t been in years. However, he still can describe each part of the dish. It’s like he’s enjoying it again.  Maybe because this dish is “history on a plate.”

El Rancho Grande’s food is largely fine, Arrellano affirmed. But one grand, glorious exception exists: The Night Hawk special, “a feast of Tex-Mex majesty. In its presentation, it looks like a Pac-Man in reverse. The bright yellow cheese taco aside occupies a third of the plate, as if the chili con carne gobbles up that last sliver in a culinary bid for domination. The cheese fights back; as the plate settles, some of the molten dairy product spills over the chili con carne side,” he described. “A fork is all you need to eat through the meal. No side dishes required – no beans, no rice, no chips, no salsa. It’s not a subtle meal.” 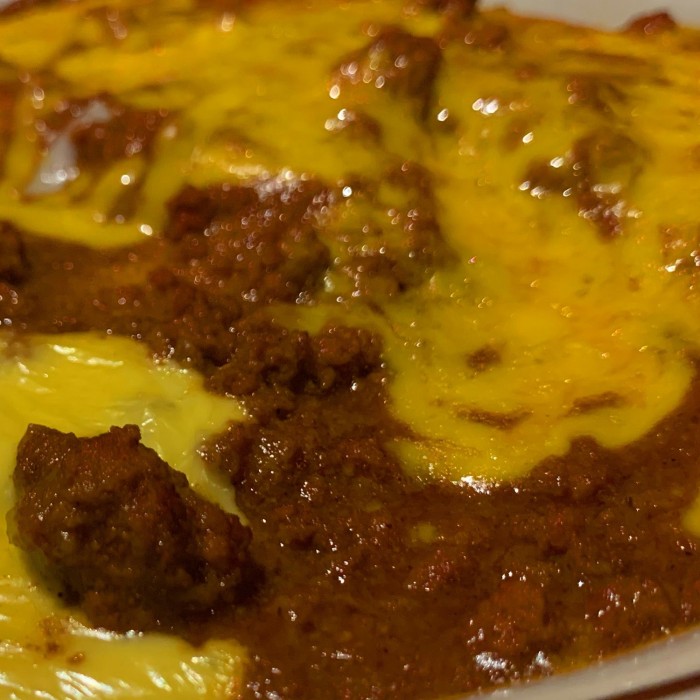 There’s a difference between the best and the greatest, and that’s the reason the Night Hawk is truly special. “I loved the history behind it — how old El Rancho Grande is, the fact that it’s on Route 66 — but also it’s good. Enchiladas, a cheese taco, and chili con carne — what’s not to love?,” he said.

About any spicy feedback he may have received – you know, for including Tulsa as part of the top 5: “People were surprised, but not upset. Mexicans don’t think of Oklahoma as swarming with Mexican food, even though it is! I know people over the years  who have visited Tulsa have eaten at El Rancho Grande based on my recommendation, and I’ve never heard anyone say I was wrong in my choice!”

First, the fabulous neon sign is a treat, day or night. You will see a charro with a lasso spelling ‘El’ and making a circle around Rancho Grande. 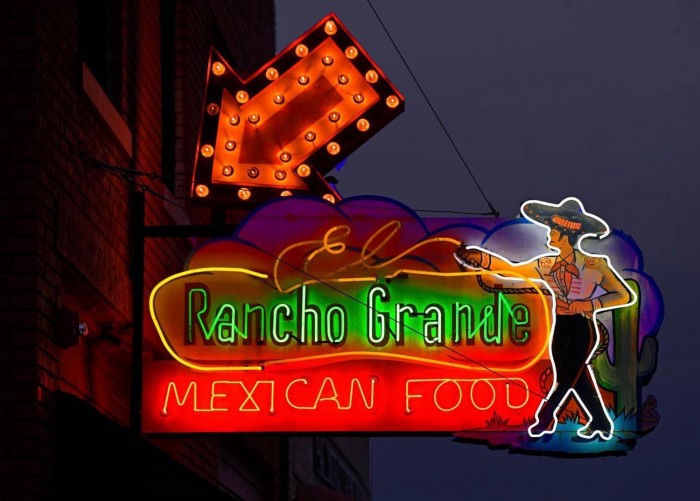 A Mexican immigrant, Rubi Rodrigues, opened it in 1950. “It’s one of the oldest restaurants in Tulsa, and one of the first Mexican restaurants in which everyone tried this food for the first time, when they were driving to California on Route 66,” he said. “I am sure this restaurant with that neon sign caught their attention.”

What Arellano has done in Taco USA is unprecedented. He decided to combined his amazing writing style and his passion for eating, to preserve the importance of the history of Mexican food in the United States – yet also telling readers where to enjoy this edible treasures.

And in case you’re wondering why Rodrigues gave that name to the dish, well, no one knows why. “It’s probably a nod to the dish’s ideal audience, people looking for energy to confront the lonely night.”

Where to buy Taco USA: How Mexican Food Conquered America:

And all you need to know about El Rancho Grande – address, hours, full menu: 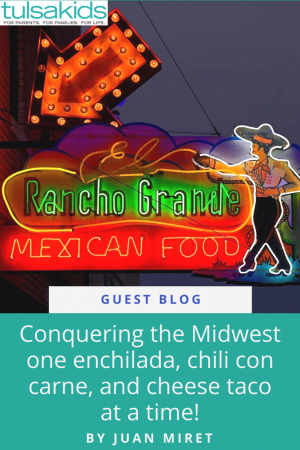