The Autistic Brain and Early Intervention

“I’ve had a lot of kids come to me who couldn’t read,” says Dr. Edward Gustavson, a developmental-behavioral pediatrician in Tulsa. “They’re bright, 7 or 8 years old, but they can’t read. They can’t read because they can’t concentrate. These kids live in a rock concert.”

Autism spectrum disorder (ASD) is a diagnosis of abnormal sensory processing, Dr. Gustavson says. The disorder is much more prevalent in boys than girls; however, girls’ symptoms are often more severe. In 2020, the CDC reported that approximately 1 in 54 children in the U.S. is diagnosed with ASD, according to 2016 data. 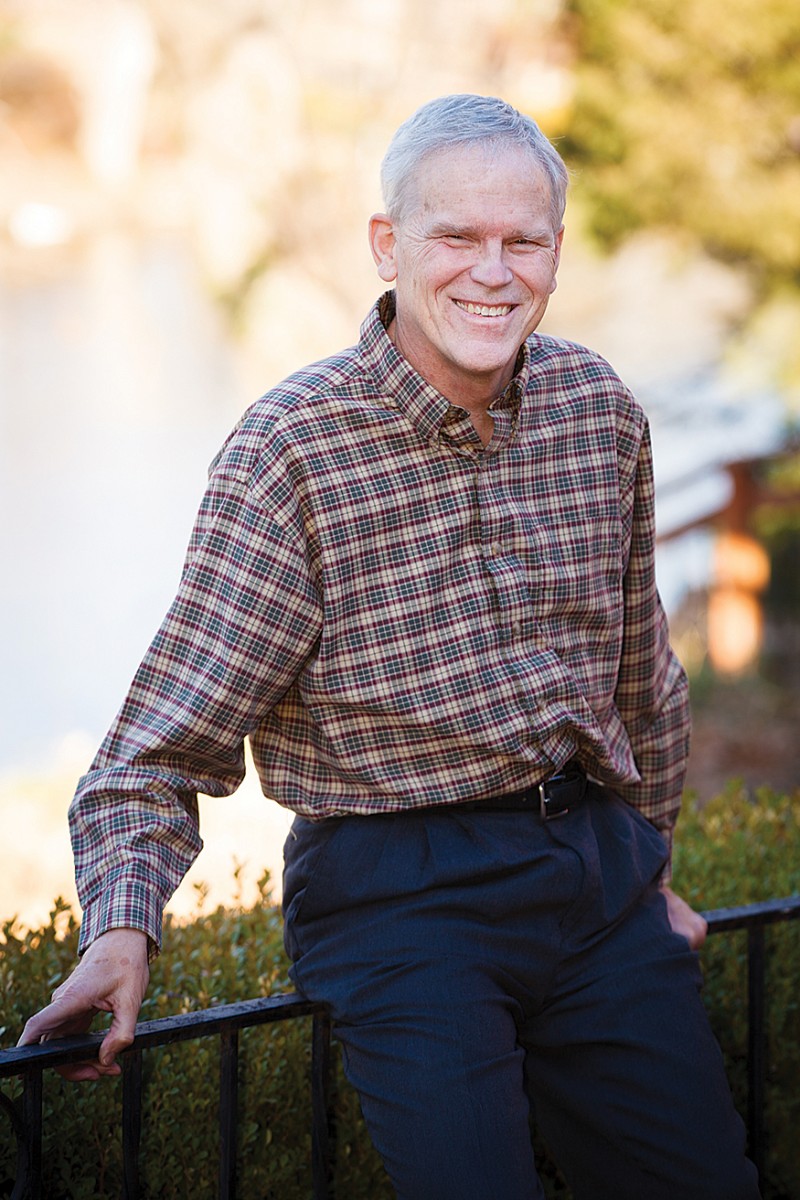 Gustavson, M.D., F.A.A.P., is a graduate of Harvard Medical School, a fellow of the American Academy of Pediatrics, and was clinical director of the Children’s Medical Center in Tulsa until it closed. He has been practicing developmental medicine for much of his extensive career and currently is in private practice in Tulsa.

Gustavson uses the rock concert analogy to describe the sensory bombardment that children with ASD experience.

“They have too many brain cells,” he says. “All five senses are overly sensitive.”

Electronic imagery, MRIs and varied observations and measurements of the cerebral cortex with its excessive layers provide research markers that show what happens in the child destined to have ASD.

“The normal fetal brain during middle pregnancy has many more brain cells, called neurons, than it will need,” Gustavson explains. “The bulk of the causes of ASD are related to environmental exposure in terms of the neurology or epigenetics in the womb.”

During normal fetal brain development, a “pruning” process happens to reduce excessive connections in order to direct the senses to normal sensory action and communication. However, this reduction of cells and connections doesn’t occur in the child with ASD, which results in an over-connected brain.

The most important of these connections concerns the visual and verbal cues, which prompt useful language. If this reducing or pruning doesn’t occur, the child will hear sounds as if experiencing electronic interference, with resulting lack of comprehension.

“Albert Einstein, whose brain was studied after his death,” Gustavson says, “was found to have doubled thickness layers; he spoke little until age 4, resulting from hearing too much, not too little.”

Dr. Gustavson says that parents typically bring children to see him when the children are either not talking or not reading. He would like to see children as young as possible because the earlier therapy is started, the better the outcome.

“Children should be evaluated if they’re not having language, and they’re not connecting with the mother or another person like a grandmother or caregiver.”

Dr. Gustavson describes a former fifth-grade patient who was having problems connecting with other children at school. The boy was being bullied, yet the school wouldn’t accommodate his social differences because he was academically successful. Gustavson worked with him, and the boy’s mother enrolled him in a different school where his unique abilities could be accommodated, and the class sizes were smaller.

Schools can accommodate children with ASD by ensuring that they are not over-stimulated. For example, putting them in the front of the class where they don’t have to look through a sea of students to pay attention to the teacher, or allowing them to skip noisy assemblies. Providing a predictable environment and a para-teacher can also help.

Unlike a regular pediatrician, a developmental pediatrician spends at least an hour evaluating a child. Gustavson says he has always opted for spending time quietly and slowly observing, evaluating and talking with his patients in treatment rather than taking a more financially lucrative path. While the coronavirus has forced more internet home observations, Gustavson says that they are sometimes more telling than office visits.

“A child with ASD does not focus into the eyes of the examiners. Often the child hides the eyes and makes repetitive sounds or movements,” he says, “but these are not too different from the actions of other children in a strange situation. In some ways, the observations I make as a doctor via confidential internet sessions of home behavior mean more. At home in quarantine with the mother’s full attention, erratic and aggressive behavior, even ADHD, is likely to be more easily observed.”

Gustavson’s approach is practical and pragmatic. He believes that the sooner therapy begins, the better the results. Swedish studies show that it is critical to establish language as soon as possible in order to see optimum outcomes. So, rather than spending weeks or months in the evaluation phase, Gustavson begins therapeutic work after a much shorter evaluation than might typically be done, for example, in a hospital setting. He also helps parents learn to establish a consistent, quiet, predictable home environment as well as giving them methods to work with their children at home.

If necessary, Gustavson may use simple, non-addictive medications, but says the medicine is “the opposite of stimulants for ADHD. Medication is just to permit a reduction in the excessive input in order to work with the child.”

The medication for ADHD can make the child with autism worse, Gustavson says.

“Children with ASD who are ready for a subject to be understood may fail simply because they are feeling panicky and upset by classroom noise, bright windows or rapid movement, for example,” Gustavson says, “or even crossed or swinging legs can create too much stimulation for them to learn. The milder medications will reduce anxiety, rather than overstimulate.”

The younger a child with ASD receives appropriate intervention through therapy, as well as classroom and home environment adjustments, the better it will be for the child and the family.

“They need to be identified early on, and the main thing we can do for all of them is reduce the stimulation and have them hear language in a calm way.”

Dr. Gustavson warns that screens are not good for children, but they have especially negative effects on children with ASD. Recent studies of 6- to 9-month-old infants in Europe show that some babies will not focus on a virtual face as “normal” babies do.

“There are 100 times the bites in Sponge Bob as in Mr. Rogers,” Gustavson says. “That screen is more confusing to the child than hammering on a simple, old-fashioned toy.”

Dr. Gustavson says he teaches parents how to talk to their child and how to manage their child. 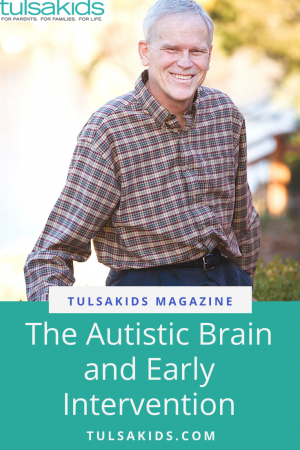