Eleanor’s Bookshop, a children’s and young adult bookstore on Route 66 in Tulsa, is dedicated to providing a diverse and inclusive selection of books. The quality and quantity of the books we are able to provide are of utmost importance to us. More specifically, this means that, during our book curation process, we are intentional in our search for stories written about children with physical and mental disabilities. Representation matters! We’re recommending this list of ten titles as a start, and we believe that any child’s library would benefit from having at least one of these in it.

All of these books can be purchased at Eleanor’s Bookshop on the southwest corner of 11th and Lewis. If you’re unable to make it into the store, check out our online store at bookshop.org/shop/eleanorsbookshop, where we have these titles (and other recommendations!) organized in lists for your convenience.

ALL THE WAY TO THE TOP by Annette Bay Pimentel, illustrated by Nabigal-Nayagam Haider Ali 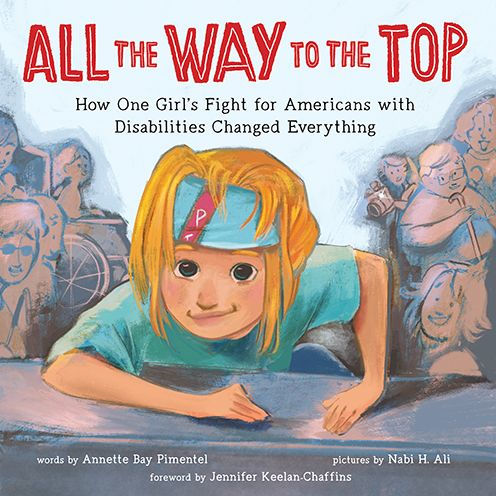 Though there are many hardships in life telling Jennifer to stop, nothing keeps her from going! This book tells the true story of Jennifer Keelan-Chaffins, who was born with cerebral palsy. She often feels ostracized from everyday activities that were not created to accommodate her wheelchair. So Jennifer, along with her family, joins a local activist group that fights for the rights of people with disabilities. The story culminates with a protest at the United States Capitol building, where Jennifer climbs to the top of the steps to make her voice heard.

Supplemental material at the back of the book contains more information about the Americans With Disabilities Act, a timeline that includes milestones of the Disability Rights Movement, and a photo of Jennifer making her way up the Capitol steps!

MY THREE BEST FRIENDS AND ME, ZULAY by Cari Best, illustrated by Vanessa Brantley-Newton 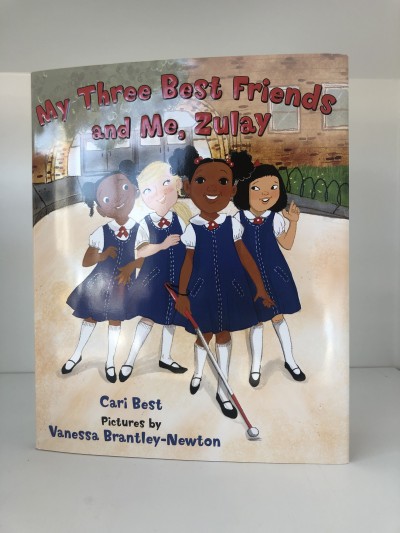 First-grader Zulay describes her school day in great detail with sounds, smells, textures, and feelings. In the classroom, Zulay and her friends use their unique strengths to help each other during their art, math, and writing classes. She seems to like school usually, but sometimes, Zulay’s teacher and friends misunderstand her needs and feelings because of her blindness. Throughout the story, Zulay advocates for herself and pushes herself to accomplish hard tasks, including running a race at Field Day!

Zulay’s classroom features assistive and adaptive technologies such as a Braille name tag for each student, a Brailler, and a cane. The hardcover version of the book has a braille alphabet on the back.

I TALK LIKE A RIVER by Jordan Scott, illustrated by Sydney Smith 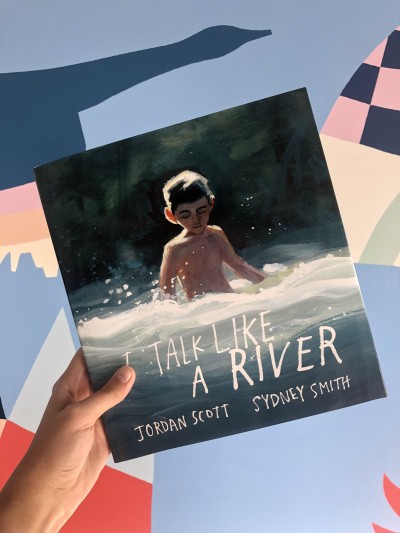 Author Jordan Scott, who is clearly a poet, writes the story of a child with a stutter, which is based on his own experiences. After a “bad speech day” filled with self-doubt and social anxiety, the main character is encouraged by his father’s appreciation for his uniqueness. The imagery, both in the writing and in the illustrations of this book, is absolutely striking. While the message written to children with a stutter at the end of the book is encouraging and heartfelt, this story would be an excellent introduction to poetic imagery for any child.

THIS IS ELLA by Krista Stewart, illustrated by Celia Marie Baker 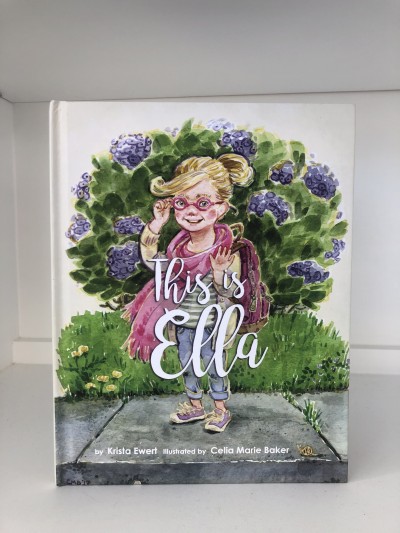 Meet Ella! She is seven years old, helps out at home, wants to be included, needs help sometimes, likes to be silly, practices big kid skills, and tries to be a good friend…just like you. The guided questioning in this book shows that, even though Ella has Down syndrome, she has a lot in common with the reader – a fellow child and peer. This book was written by the mother of a child with Down syndrome as a way to help her teacher and class understand her strengths and her challenges. 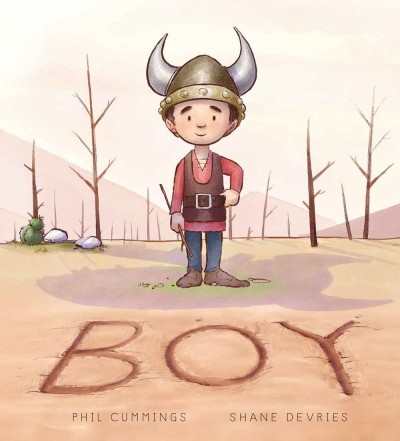 Boy is a talented young storyteller who speaks with his hands and drawings. While Boy’s parents love his stories, the villagers don’t understand him nor do they choose to learn how. One day, however, as Boy is exploring the kingdom, he finds himself amidst a battle between the King’s subjects and a dragon. Boy’s deafness does not impair his ability to solve problems, but rather it provides him with a unique skill set. His perceptiveness of others and skill in communication allow him to solve this kingdom-wide dispute.

One of our favorite parts about this book is that it takes place in a far away, magical land. Representation in fantasy is important, yet this category is often underpromoted. 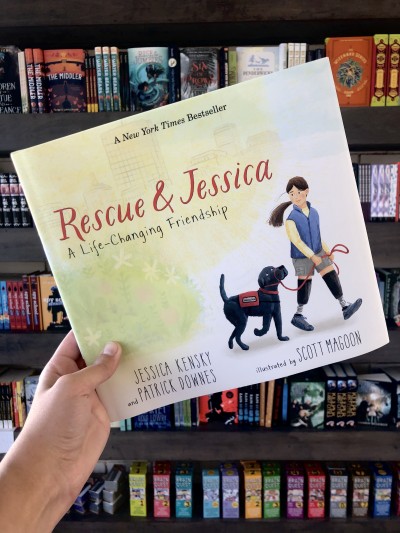 This sweet, true story of friendship is based on the life of Jessica Kensky, who became a double amputee after the bombing of the Boston Marathon in 2013. As Jessica adjusts to using prosthetic legs, her new service dog, Rescue, is always there to help her, both physically and emotionally. The narration also explores Rescue’s adjustment to life as a service dog, though he has always expected to be a seeing-eye dog. This book deals with real grief and emotions, while also exhibiting the healing powers of honest and genuine friendship. 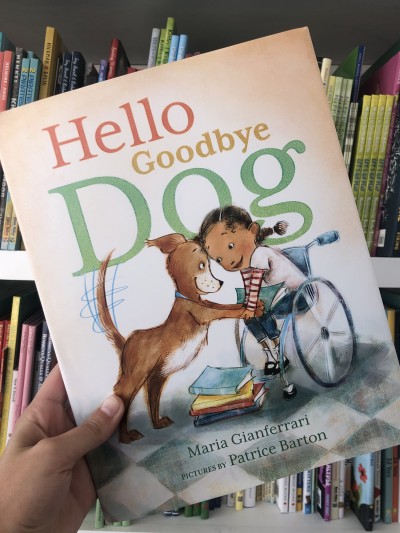 This story follows along with Moose, a playful and affectionate dog of Zara’s family. Moose does not like to say goodbye to Zara when she leaves for school every day, which results in some unruly behavior and frustration. But Zara has an idea! Moose can go to training to become a therapy dog. After her training, Moose is able to help in Zara’s classroom rather than distract from it.

The supplemental material in this book is especially helpful in explaining the difference between therapy dogs and service dogs like the one in RESCUE AND JESSICA reviewed above. Though Zara uses a wheelchair, she does not utilize Moose as a service dog nor is she trained to work this way. Instead, Moose has been evaluated on her temperament and behavior around children, which allows her to serve as an emotional support animal in Zara’s classroom.

A FRIEND FOR HENRY by Jenn Bailey, illustrated by Mika Song 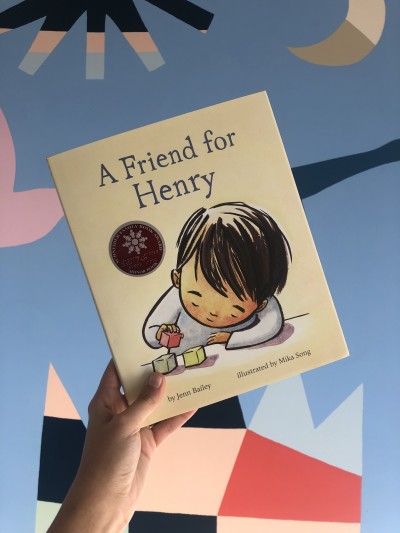 In Classroom Six, Henry is looking for a friend, which proves to be a challenge. Henry is thoughtful, patient, and brave in his search for a friend, but some children are confusing with their words while others get too close or become too loud. Just when Henry thinks that it’s too hard to find a friend, he meets Katie. She is calm, friendly, and great at sharing. Though the story never explicitly says that Henry is on the autism spectrum, Bailey notes in her author’s bio that this story is supposed to explore her son’s, who is on the autism spectrum, experience with making friends. 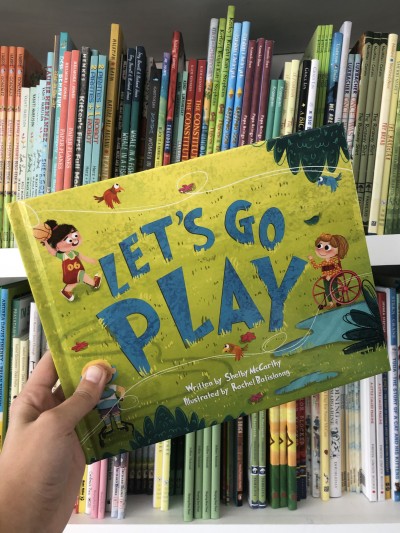 Written by a speech-language pathologist and the mother of a child with cerebral palsy, this book highlights the tools and imaginative adventures of several different children. The rhyming stanzas and colorful illustrations name and explain a variety of adaptive technologies and pieces of equipment, such as orthoses, gait-trainers, tracheostomy tubes, glasses, and more. There is also a glossary in the back that defines the equipment in more plain terms. This book provides an accessible introduction to adaptive technology as well as a general understanding that children who use this equipment can and should participate in play just like children who don’t use this equipment. 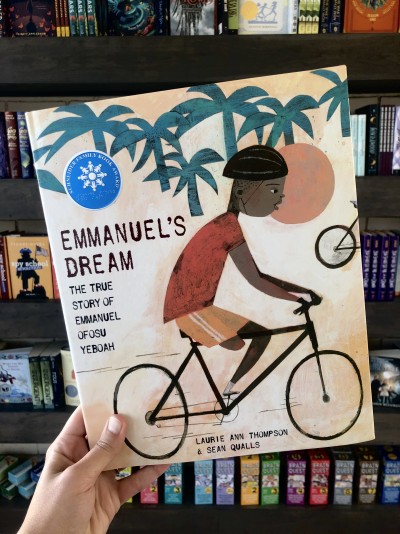 Emmanuel Ofosu Yeboah, who was born with one leg, has become an icon and a champion of advocacy for those with physical disabilities worldwide. His story, which is told in this book, exhibits cultural aspects of growing up in Ghana and emotional depth of overcoming challenging odds. Throughout the story, Emmanuel is relentless in his support of family despite many trials, both physical and emotional, and his resilience becomes even more amazing when one remembers that it’s a true story. 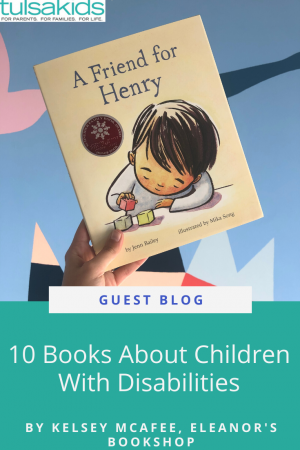