My Georgia: Virginia Gleason, Mother of Hard of Hearing Child

Who am I and what is my story, you may wonder?  My name is Virginia. I am married to my wonderful husband, Matt, and together we are raising three amazing girls. 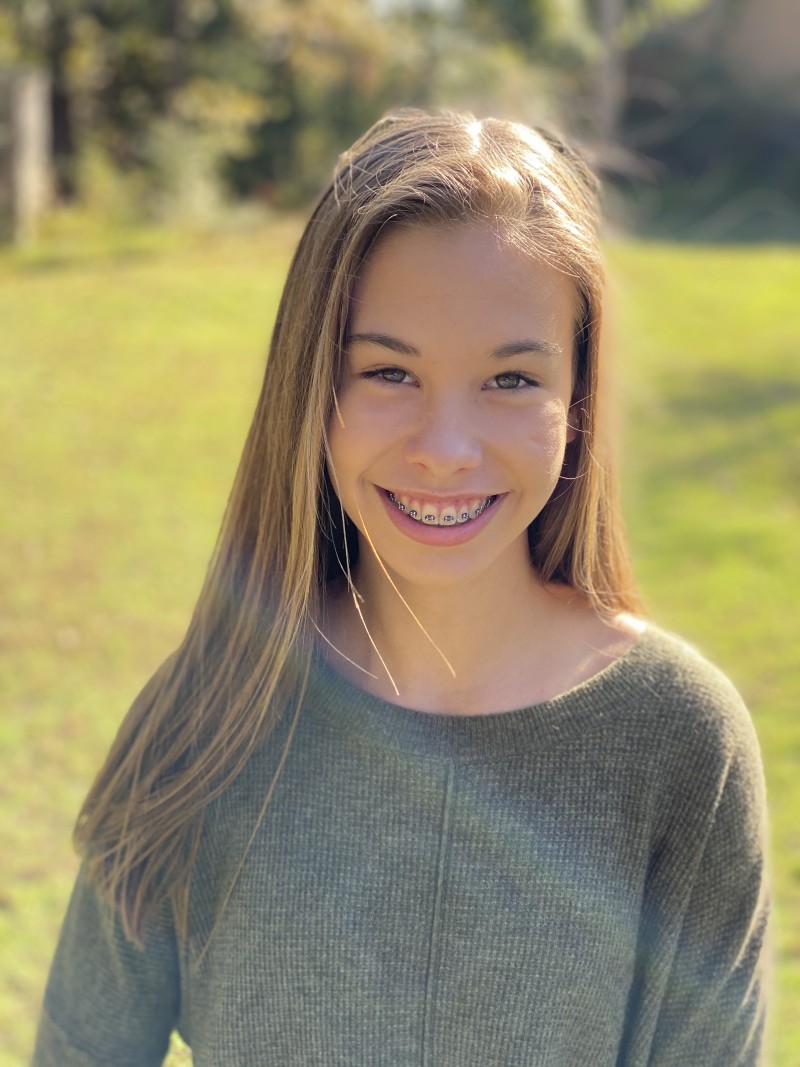 Our oldest daughter, Georgia, has a moderate sensorineural hearing loss that was diagnosed when she was 4 years old. Georgia was born here in Tulsa and was immediately loved by so many.  She  passed her newborn hearing screening, and we had no indication that she was anything other than a normally developing baby.

As her speech continued to develop, there was some concern about her pronunciation of certain words.  When she was 3 1/2 years old, I took her to the Mary K. Chapman Speech and Hearing Clinic at Tulsa University to have an assessment done.  They played games with her and asked her questions. Everything looked fine. The last part of the process was a hearing test.  They took us in the sound booth and sat her in my lap.  She refused to let them put anything in her ears or on her head.  She freaked out, screamed, cried and basically behaved like a 3-year-old.  So the nice people at Tulsa University said, “No big deal, but you should follow up with this.”

By this time we had welcomed our second baby, and I was juggling a 1 1/2- year-old and a 3 1/2-year-old The days would get away from me.  But in the next six months as Georgia became more conversational, Matt and I noticed her saying “what” more than we thought was reasonable. Especially when we were driving in the car and she was behind us.

Finally, shortly before her 4th birthday, I made an appointment with Casey Newman, an audiologist at the Tulsa Health Department, to have her hearing re-checked.  Luckily, Casey and I are both freakishly tall, and Georgia seemed to know Casey was one of us. Georgia was much more amenable this time. I had no indication that I would receive any earth-shattering news.

Once the hearing evaluation started and I was in the booth with Georgia on my lap, I realized she was not hearing the same things I was hearing.  Casey finished up and brought us out of the booth where we set Georgia to playing with some toys.

Casey looked at me and said, “It looks like Georgia has a bilateral sensorineural hearing loss and will need amplification.”  I had no idea what this meant.  Casey explained Georgia would need hearing aids.  She told me she wanted me to come back in two weeks for a re-test to make sure, but that she knew there was some sort of hearing loss.

I held myself together until we left the office.  Once I had little Georgia strapped  in the car, I drove home as tears streamed down my cheeks.  When I got home, Matt and I stepped outside to the porch and I turned to my husband. I remember saying, “It’s bad.” The next month was a bit of a blur.

Several days after Georgia’s fourth birthday, we drove to Oklahoma City where she was fitted with her first pair of hearing aids. At first she was reluctant to wear them, but after a couple of days she was less resistant and settled into them being a part of her day.

I’ll never forget the first time I was running a bath and she walked in with her hearing aids on and started to giggle. I asked her what was so funny, and she said, “I never knew the bath sounded like that!”  There was another time that we were walking through the yard, and her eyes got real big and she told me she could hear birds singing.

Georgia continues to amaze us every single day. She graduated from Eisenhower International Elementary School where she learned Spanish in an immersion setting.  She was accepted to Carver Middle School, one of the city’s best magnet schools, where she is currently making straight A’s. She continues to amaze me every day. She is brave and strong and unconcerned with the fact that she’s a little bit different just because she wears hearing aids.

Through the support of TSHA (a non-profit United Way partner agency serving deaf and hard of hearing people), I realized that she is normal.

We attended TSHA’s Children’s Holiday Party, and Georgia got to see other children with hearing loss just like her. That was the first time our family was exposed to the TSHA community as a whole. What a great experience it was! Georgia was not the only kid there wearing hearing aids. We were able to see other hard-of-hearing kids interacting, speaking, signing and just being kids. Our Georgia will be successful, and if her hearing continues to diminish we will continue to support her with the guidance of TSHA.

I have also learned that there is no guilt to be had in missing early diagnosis. I have learned how critical family support is. And mostly how critical community support is to help normalize her hearing loss in Georgia’s mind. I am grateful to TSHA because I know part of her confidence stems from the exposure she has had to other children and families who also live with hearing loss.

Who am I? I am the mother of three amazing, normal girls. 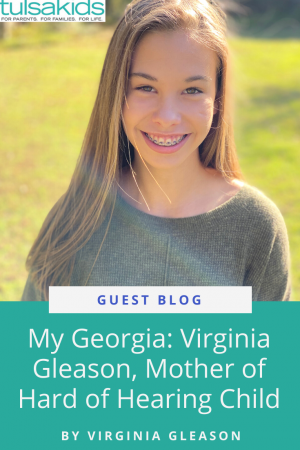