Facing Fears in the Great Outdoors 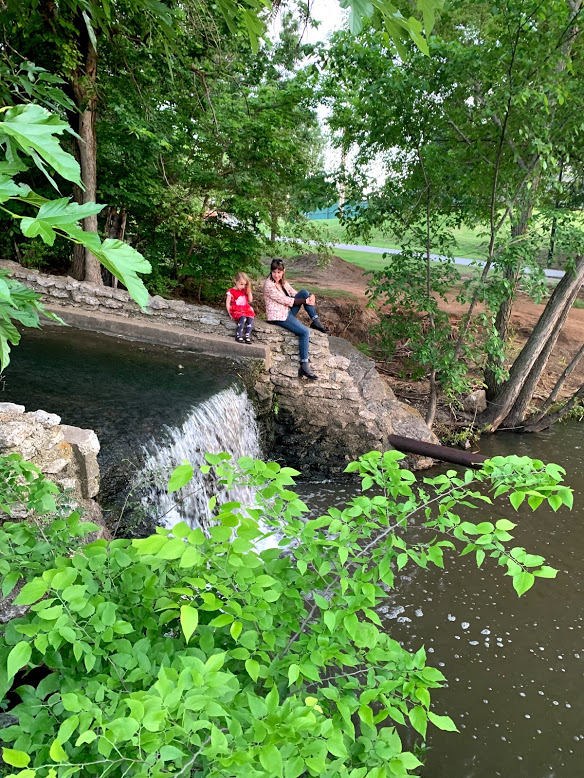 Edge of a waterfall

There is a term we use at Under The Canopy, my nature explorers program, called “meeting your edge.” When you meet your edge, you are working on the uncomfortable feeling of being new at something. Taking on a new skill can be hard and tricky at first, but ultimately rewarding. I have watched many students go through this, a natural progression from working on something for awhile, failing many times and then finally achieving success.

I will also have the opposite happen, students focus on what they already know, stay in their comfort zone and enjoy the praise and feeling of achievement that staying comfortable gives. Then it happens. They start to take on something a little harder, a little more profound that might even take them to the next level of their learning. They are scared, which manifests sometimes in anger and frustration.

Hanging in the hard place is difficult and unpleasant. It takes will to persevere beyond that place of not understanding and to move forward, knowing that you may make it or you may not succeed. You are meeting your edge. 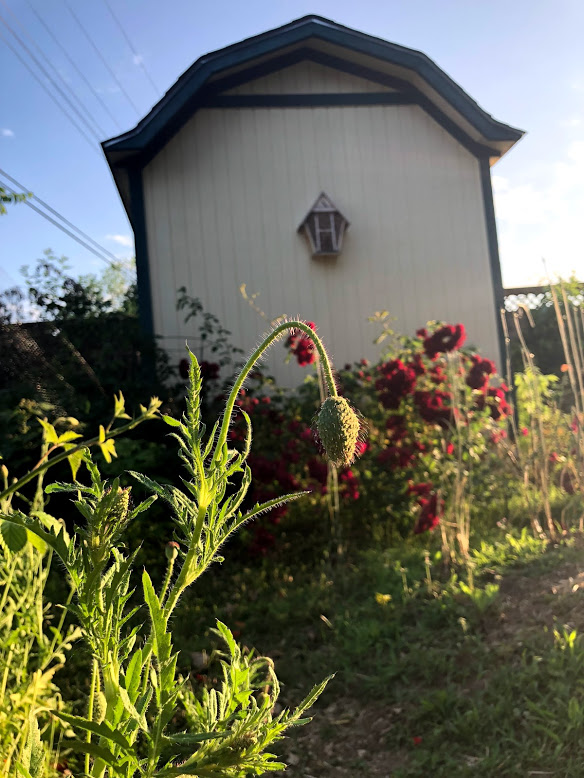 Some students come to nature class with an air of tension and excitement. They are eager to try something new but also very uncertain of how it will turn out. One student I had come to UTC (Under The Canopy) was not a very active child. He often shied away from physical activity. The culture of UTC was wild and free, and you could tell it both delighted and terrified him.

After getting acquainted with the space and his teachers, he started to ease into the pleasure of being outside, running around and making friends. He delighted in the games we played and was happy to engage with the other children, taking his own unique role in the play. We played a game called Eagle Eyes where one person was the eagle and had to find the field mice just using your sight. He loved being a hiding field mouse, so much so that once he was chosen to be the Eagle and opted out, saying he preferred to hide stealthily.

The place this child met his edge was in the tree house, specifically climbing the ladder into the tree house. We have our circle time in a platform built around an ancient Pin Oak tree. All the children have had their moments with the tree house ladder. Usually after I show them how to safely make it up and down they are able to then try it and feel safe enough to do it on their own. With this child, that did not work. When it came time to circle up, he refused to go up the ladder. With some cajoling his father brought him up to participate in circle. Once he made it to the top he seemed to feel okay while being raised above ground on the platform. 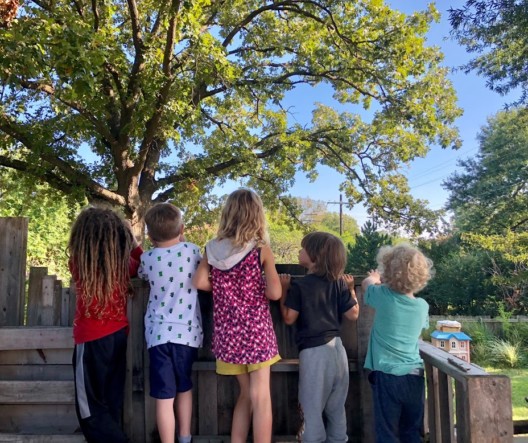 When circle time ended, it was time to head down the ladder and he refused. He walked nervously in a circle as the other children made their way down. When the ladder was free, he would not move toward it. The other teacher and I stopped what we were doing and focused on him. The other children below had gotten into a good game of free play and were safe to be close by without direct adult supervision.

At first we encouraged him to try, we listened to his fears and showed him the different methods to go down safely. We talked about what a brave act it was to go safely down a ladder and that using caution was smart, but in this case he was safe and could do it. The child was clearly afraid but not so scared he couldn’t hear what we were saying. On that first day, we ended up talking him through it and then picking him up and passing him from one adult to the other to get down from the tree house.

The following week we had checked in with dad and had a made a plan to psych him up before he came to class so he could then try out the ladder. The second week we ended up doing the same thing. The student was not ready to budge. The third week we were determined, a gentle, encouraging force, working with him through the obstacle his mind had set up that made it too unsafe to even try the ladder. This was the week of the first major step. He got on the ladder! With my help, I carried him down the first, for him, most scary steps and lightly placed him on the ladder to go down the final half all by himself! 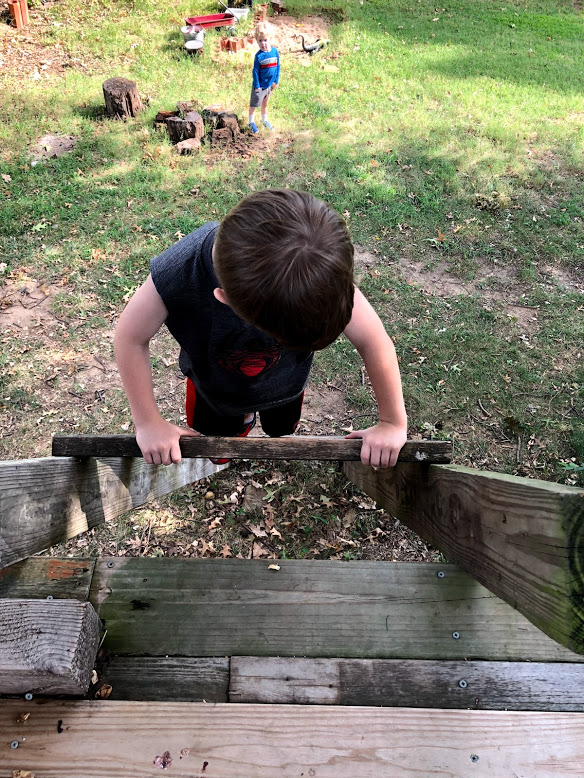 You should have seen the look of elation on his face! He was so proud of himself for making it half way down. He ran around in circles doing a happy dance. He kept saying, “I did it! Wait till I tell dad!”

This is meeting the edge. The following week he climbed up the ladder all by himself. I predict we are close to the day when he can easily climb up and down all by himself. 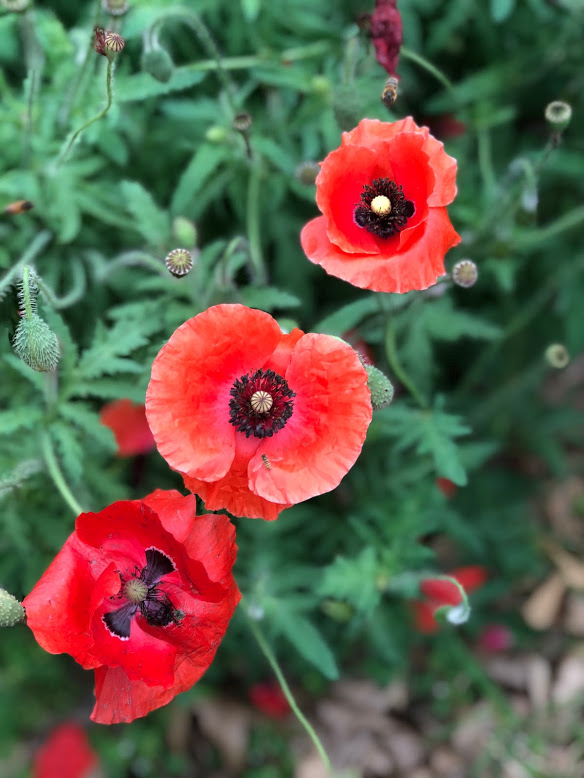 When this student started at Under The Canopy he really struggled with his physical ability. Since spending more time outdoors in a community of nature lovers, I now see him going for the hard tasks. He will be dragging boards around to create a shelter, digging holes in the sand with spades, stirring pots of herbal medicine and play-acting animal behavior along with the rest of us.

I love watching the shift in this student’s perspective on his abilities. Meeting your edge is a powerful tool you can use to push yourself beyond what you think is possible in your life. As an adult I have to ask myself, where am I still meeting my edge? What places do I need to delve deeper into to get uncomfortable enough to move forward?

Where are you on this path? 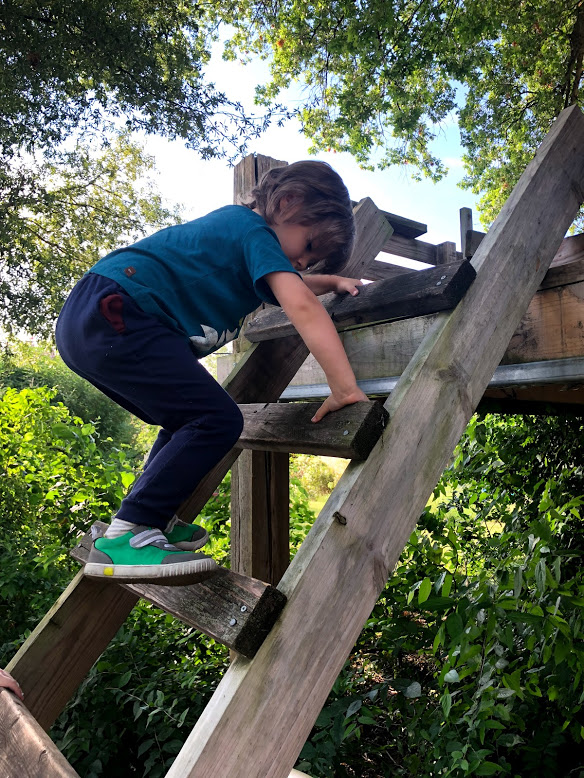 Making it up by himself

Margaritte Arthrell-Knezek is a naturalist, writer and community educator committed to teaching the skills of sustainability and instructing children and adults on how to connect with the natural world that surrounds them daily. Arthrell-Knezek hails from New Haven, Connecticut where she began her work in the arts and environmental activism in 1997. She graduated from The Evergreen State College In Olympia WA, 2010, with a bachelor’s degree in multi-media art and sustainability studies. She has traveled the world and landed in Tulsa, OK, where she is the Executive Director and Lead Educator of Under The Canopy LLC. Margaritte is a parent to two awesome children and wife to Mykey Arthrell-Knezek. You can learn more about the programs she teaches at www.underthecanopy.org She is a regular contributor to TulsaKids.com and also keeps a personal blog about parenting in all its real and messy forms www.adventuresofmulletmom.blogspot.com. She was also published in Hilary Frank’s 2019 book, “Weird Parenting Wins.” 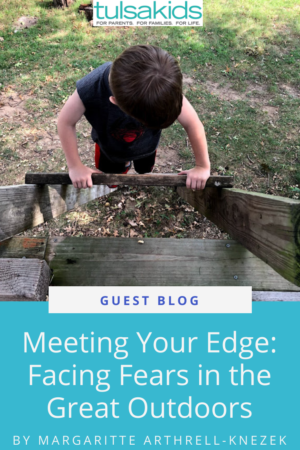