Driving With a Tank

I can’t believe it, but it’s June.  It feels like time has been moving both really slowly and super quickly these past few weeks.  After all, you know what they say: “Time flies when you’re stuck at home all the time!” 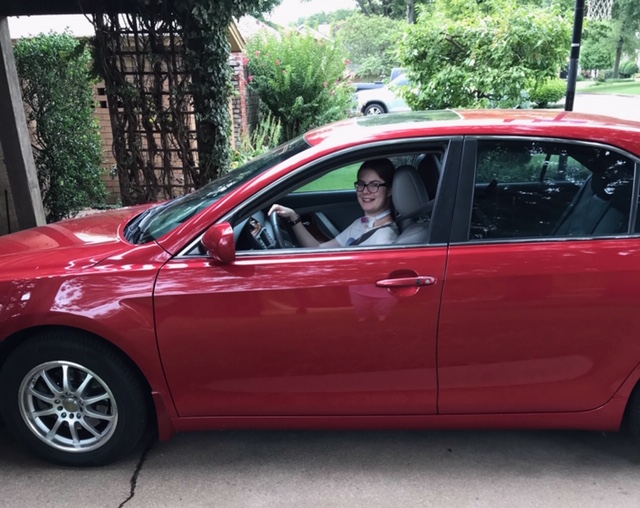 Anyway, I’m glad that it’s June because not only are businesses slowly opening up again, but I’m going to take my driver’s test this week! In fact, by the time you’re reading this, I may have already taken it (and hopefully passed).  I’ve been thinking a lot about my “journey” per se of learning to drive, and how it is similar to most teenagers’, but also different because of my health issues.  I have a trach and use oxygen all the time because of lung issues. (For the full story, you can read my blog post from last year called “Sarah’s Story”.) Because of this, learning to drive has presented some difficulties.  That’s why I took a parent-taught driver’s education class, as opposed to one at a driving school. There are lots of parent-taught driver’s ed courses (think homeschool, but for learning to drive) that allow you to work at your own pace, which I really appreciated.

After starting the driver’s ed course, I took my permit test at the Department of Public Safety. (FYI, to get your learner’s permit, you have to have proof that you have taken or are taking a driver’s ed class, along with birth certificates and that kind of stuff.)  And I’ll tell you, that was an experience!  Going to the DPS is not for the faint of heart, because it’s just like the DMV, only slower.  (Also, I didn’t pass the test on the first time, so we had to come back the next day and wait five hours so I could take it again. Luckily, I passed on the second try.)

So, learner’s permit in hand, I was ready to practice driving!  Now this is where having an oxygen tank makes things tricky.  When I’m a passenger in a car, I usually just lift my tank in and put it right next to me in the car.  But obviously that wouldn’t work when you’re the driver because number one, safety, number two, not enough space, and number three… well, airbags and engines and highly combustible, keep-away-from-flames metal oxygen tanks do not go together.  So, my parents and I devised a system where I put the tank in the backseat, right behind my (the driver’s) seat.  Then I use a bungee cord to fasten the tank to the driver’s seat headrest, and voila!  Then I just have to disconnect from my oxygen for one second, swing the oxygen tube into the car, reattach it to my trach, and there!  NowI’m ready to go!

With that all figured out, the driving lessons began!  I practiced with my mom and dad (both of whom were very patient, and only grabbed the wheel a few times), driving first in parking lots, then in neighborhoods, and then, finally, out on the actual city streets!

Learning to drive is a major milestone for all teens, but for me it also represents a big step towards independence. In order to be prepared to drive on my own, I’ve had to become acclimated to doing some of my own medical care, like swapping out oxygen tanks by myself. Many teens with disabilities – or challenges, as I prefer to call them – have to be able to do things like this (think checking insulin levels or loading their wheelchair into the car) on their own in order to be independent. Grappling with these extra challenges can make the process tougher, but it also makes small victories very rewarding.

So as I prepare to take my driver’s test, I can definitely say that I am grateful for how far I’ve come and for the people who helped me to get there.  My parents have been quite supportive and encouraging the whole way, even though I’m sure they were concerned when I ran up the curb a few times!  So to all the teenagers learning to drive (and the terrified parents who taught them), I’ll say, “See you on the road”!

Hi!  I’m Sarah, and I’m 16.  I have always liked to write, and have kept a journal since the age of seven.  I also enjoy gardening, reading, and playing the piano.  I’m very excited to reprise my role as guest blogger this summer! 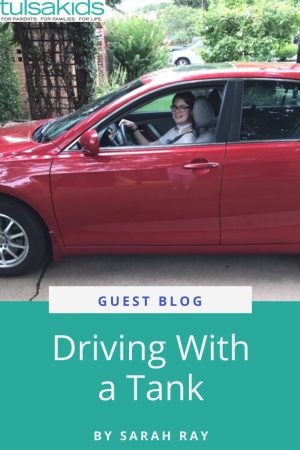