Learning to read is one of the fundamental concepts that schools are expected to teach.

But parents of children with dyslexia say public schools in Oklahoma are failing to identify and educate these students. Many turn to expensive private tutoring for the dyslexia-specific lessons their child needs, with out-of-pocket costs often running to $10,000 or beyond.

The students are at risk of failing the state’s third-grade reading test, which requires students who don’t pass to be held back. Parents say the stakes are too high to wait for the school to intervene.

“It is the parents who are educating the schools right now about dyslexia,” said Michelle Keiper, who started the group Decoding Dyslexia Oklahoma, which supports parents of children with dyslexia and advocates for students.

Dyslexia is a neurological disability that causes poor spelling and word recognition. Nearly one in five people have it. The disorder can make words appear jumbled, but it’s a common myth that dyslexics read or write backwards. Although there’s no cure for dyslexia, students with it can learn to read and write well, according to the International Dyslexia Association.

When Kendra Anderson’s son, Nathaniel, was struggling to learn to read, she discovered no one at his school in Grove knew how to help him. Intervention programs available to struggling readers often don’t specifically target dyslexia.

First grade ticked by, and Nathaniel was no better off. “I put 100 percent of my trust into the school system and who I felt were the experts. I just assumed they would know what to do to help my son learn to read,” Anderson said.

Living in a town of 6,800 in the northeast corner of the state, she determined the nearest trained tutor was an hour-and-a-half away. So Anderson purchased the reading curriculum herself, at a cost of $2,500, and persuaded his teacher to use it.

By the third grade — the year the state expects all children to read at grade level and retains those who can’t — Nathaniel’s reading skills jumped from below grade level to above grade level, and he passed the high-stakes test.

Anderson didn’t stop there. Encouraged by getting her son on track, she started advocating for other students in the district. She used her frequent flier miles to send his teacher to a national dyslexia seminar, donated the curriculum she purchased to her son’s school and helped the school apply for a grant to offer the curriculum to more students.

Keiper, whose son is also dyslexic, recognizes that the parents who have both identified their child as dyslexic and have the resources to afford help outside the school system are fortunate. But the burden is significant.

Families are deferring college savings and retirement to pay for tutoring, Keiper said. A survey by Decoding Dyslexia Oklahoma conducted this month of 103 parents of children with dyslexia across the state found more than half had invested $500 to $10,000 in the past five years to pay for dyslexia services.

The most common expense was private tutoring. Tutors cost $30 to $70 an hour, and most students need several sessions a week.

Among the comments from parents the survey received:

“I have asked every teacher since kindergarten if she could be dyslexic, only to have my concerns dismissed. I trusted the professionals and ignored my gut feeling.”

The first time Rep. Mike Shelton, D-Oklahoma City, heard the term dyslexia was on an episode of The Cosby Show called “Theo’s Gift,” which aired in 1989. The next time was 2012 on the floor of the Legislature, as lawmakers considered a bill to create a dyslexia pilot program at state universities.

Listening to a speaker describe dyslexia, he had an “aha” moment. That description mirrored the struggles his son had been having in school. Reading remediation wasn’t working, and it wasn’t until his son started receiving tutoring for his dyslexia that the boy’s trajectory changed.

“We don’t do a good enough job giving teachers the tools. They may be able to see the child has problems, but schools are strapped and may not give students the extra help they need,” Shelton said.

Shelton said his family shouldered the cost of the tutoring and didn’t ask the school for help; it costs about $400 a month. He recognizes that many families in his community, which includes a large population of low-income African-Americans, aren’t able to do the same.

Although he’s term-limited and this is his last year in the Legislature, Shelton vowed to continue to work to educate northeast Oklahoma City residents about dyslexia.

“They don’t even hear the word dyslexia over here. I made a commitment to this community that I would make sure parents are more aware of what dyslexia is,” he said.

Dyslexia is categorized as a specific learning disability under the federal Individuals with Disabilities Education Act. School districts have the responsibility to evaluate students at no cost to parents and determine if the student needs special education services.

Dyslexia advocates say while schools are complying with the disabilities act, the reading services provided are often not specific to dyslexia. What dyslexic students need is structured literacy, a type of instruction that has shown to be effective for all children learning to read, not just dyslexics, according to the International Dyslexia Association.

Students with dyslexia are often very bright and excel in subjects other than reading. (Among the well-known dyslexics are director Steven Spielberg, actor Henry Winkler and Cher.)

Training for teachers in Oklahoma is scarce. None of the state’s colleges or universities offer a program accredited by the International Dyslexia Association; these programs can be found in a dozen states, including nearby Arkansas and Texas.

The state Department of Education has a professional development program called Language Essentials for the Teachers of Reading and Spelling, but it’s optional and has been completed by just hundreds of the 42,400 educators in the state.

A grant pool that included a $200,000 grant to train teachers to remediate dyslexic students was cut this year, a casualty of the state budget crisis.

Elementary teacher Renee McFarland, who teaches in Sand Springs Public Schools, developed a passion for working with students with dyslexia as a general education teacher, and went back to earn a certification in special education. The program still didn’t address dyslexia.

She has sought out professional development on her own, and a few years ago, convinced her school district to purchase a reading, spelling and writing curriculum that is specifically for dyslexic students.

“It’s so different from anything else I’ve seen. I’ve been a teacher 20 years now, and it’s the only thing I’ve seen like this,” McFarland said.

A proposal to develop a pilot program with state universities to train higher education faculty to teach structured literacy has fallen flat. The Legislature signed the program into law in 2012. The Payne Education Center, an Oklahoma City nonprofit that trains teachers to work with dyslexic children, secured a $50,000 grant to get the program off the ground.

Of the six major universities the Payne center invited to participate, none got on board, Executive Director Carrie Brown told legislators during a hearing at the Capitol Oct. 12. The grant money was eventually returned to the funder.

Additional proposals by Shelton and Rep. Ann Coody, R-Lawton, were introduced in 2014 and 2015 that would have required screening for dyslexia in kindergarten, but the measures failed to advance.

Other states are doing more to address gaps in reading education for dyslexic students. In Missouri, for instance, the state’s Decoding Dyslexia advocacy group spurred a new statewide requirement to screen all students for dyslexia starting in the 2018-2019 school year. The law also mandates two hours of training for all teachers.

Arkansas’ legislature passed a law with similar requirements in 2013.

On the federal level, Congress passed the Research Excellence and Advancements for Dyslexia (READ) Act earlier this year. The program requires the National Science Foundation to dedicate at least $2.5 million annually to dyslexia research.

No Exemption from ‘Read or Fail’

As part of the state’s Reading Sufficiency Act, schools are required to screen all students beginning in kindergarten for reading skills, and those at risk for reading difficulties must be given remediation.

The Education Department doesn’t recommend or require specific reading curricula; those decisions are left up to individual districts.

Dyslexia advocates are critical of the retention aspect of the reading test. Students who fail the test are retained in most cases; there is no exemption for dyslexic students.

“Now that we have the RSA … our families start calling us in first or second grade. They are desperate,” Keiper said.

Keiper doesn’t believe children with dyslexia need to be retained.

“We want accountability somewhere, but it’s not falling on the school to change what they are doing. It’s falling on the parent and child,” she said. 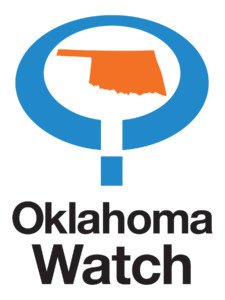