The Tulsa Zoo announced Dara as the name of the newly born female Malayan tiger cub. The cub’s name was selected by The Helmerich Trust whose donation made the tiger exhibit in the Lost Kingdom exhibit complex possible.

Dara was born on July 11, 2021, to mother Ava and father Tahan through Tulsa Zoo’s ongoing participation in the Association of Zoos & Aquariums Malayan Tiger Species Survival Plan. This program works to ensure a sustainable population of these animals in our care. Malayan Tigers are native to the Malay Peninsula, and are the national animal of Malaysia, but there are fewer than 250 in the wild due to threats such as habitat loss and poaching.

“When we built the Lost Kingdom exhibits at Tulsa Zoo, we made sure they were set up for housing multi-generational families,” said Zoological Curator of Mammals Jordan Piha. “We’re thrilled the facility is functioning as designed and allowing Dara to grow and thrive.” 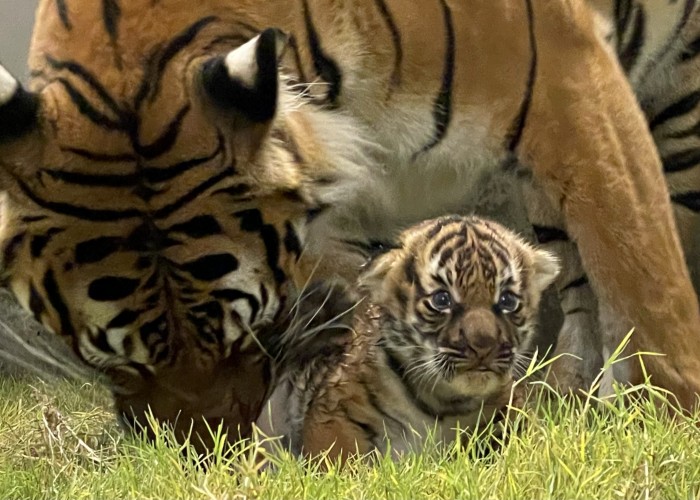 Dara is visible to guests through a live feed on a TV in the Lost Kingdom building, near the Suzanne and Jim Kneale Family Foundation Tiger Dayroom and Demonstration Area. She will be given access to the exhibit when she becomes more mobile.

Dara is the sixth Malayan tiger cub to be born at the Tulsa Zoo.