The Next, Next Generation 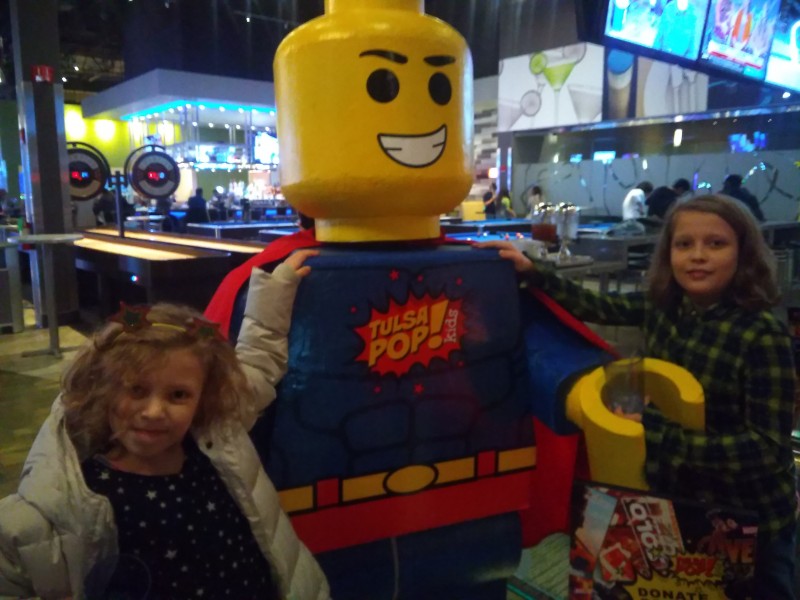 Some of my earliest memories are of curling up on the sofa with my mom to watch some of her favorite shows in syndication: The Twilight Zone, The Outer Limits, and Star Trek. We were devastated when that thing happened to Spock in the movies and elated when that other thing happened, and we watched Star Trek IV: The One With the Whales in the theater.

When Star Trek: The Next Generation came on in 1987, I was 11 years old. The pilot episode was something of an event for our family. I have always been captivated by futurism, and the Trekverse world where all kinds of people from different cultures, backgrounds, and beliefs worked together to promote peace and learn about the world quite literally helped frame my worldview.

When I was in high school, back-to-back episodes of TNG played in syndication every night, which is how my husband and plenty of other Xennials became fans. That was a great time to be a Trekkie since Deep Space Nine came out during that period and would soon be followed by Voyager and Enterprise.

Although we’ve never had cable or watched live TV in the kids’ lifetime, they’ve watched most of Trek series with us during their lives. Despite its mixed reception, my kids always enjoyed the Abrams Star Trek movies, which take place in an alternate timeline if you didn’t know. For the Nebula kids, getting to experience the world of Starfleet in modern cinema made it much more engaging to them, and they always loved that there was so much story to get to know by going back into the Trek canon and rewatching.

Then Star Trek: Discovery came out. This was the first time we got to sit down as a family and experience new Star Trek stories together at home every week just like I did when I was their age. Some Trekkies bicker over whether they love or hate Discovery, but to us, it’s more of the story we love and it’s something we get to share together.

When the Short Treks started coming out, we realized we were getting more Trek than we’d ever dreamed of. Now there are three more shows in the galaxy: Picard, Section 31, and the animated Lower Decks, and we’re basically in Sto’Vo’Kor over it.

We were super excited to get invited to the Tulsa Pop Kids fundraiser/comic book drive/screening of the first Picard episode last week at Main Event. If you don’t know about Tulsa Pop Kids, it’s a fantastic organization that uses pop culture to promote literacy. They host events all year long, and their big event is Tulsa Pop Culture Expo.

We love going to Tulsa Pop events. Not only do we get a chance to use Coffee Nebula to help promote such an amazing cause, but we get to be part of a community that loves the nerdy arts as well as we do! There was a costume contest, and several of the Tulsa Pop community were decked out in Trek uniforms including founding member/Popfleet officer/awesome name-having guy Arthur Greeno.

(Yes, I made up Popfleet. Yes, everything is now Trek.)

The boys sat down in front of Justin, Lucy, and me, and as the opening scene began, all three kids were effervescent with energy and excitement, bubbling in their seats and turning to check my expression every few moments. Every time a pivotal moment happened that related to a story they knew, the kids would glance at me and mouth something to indicate awareness.

On our way out, a Starfleet officer gifted us with the most wonderful trio of Star Trek books, which the kids have been lovingly passing around amongst themselves in turn before we return them to our pop culture shrine…yes, we have a pop culture shrine. 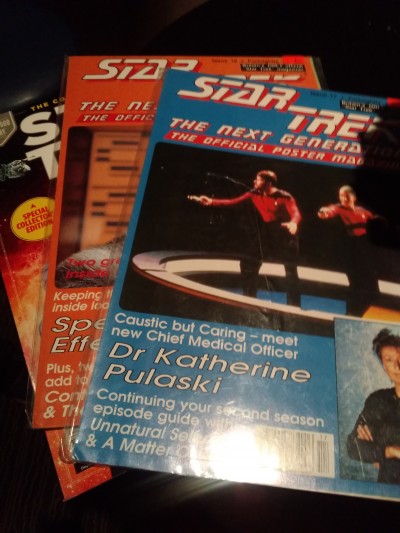 Everyone was buzzing about favorite moments and fan theories all the way home, and they wanted to create a watch list to properly “study” for Picard because that’s the level of nerd our family is working at.

See, the only thing better than sharing your favorite fandom with the next, next generation is introducing them to a community they can share it with, too. And the beauty of Tulsa Pop Kids is that it’s taking the gift of geek and using it multiply the gifts of stories, pop culture, and literacy to kids across our community.

Planning to watch Picard? Here’s a study guide to get you all caught up before you head over to CBS All Access and start the new season. Also if you haven’t had a chance to check out all of the Short Treks, the Nebula fam recommends you at least make time to watch “Ephraim and Dot,” an adorable and kid-friendly retro-style animation short about a tardigrade and a robot that spans the original series.

If you’d like to donate to Tulsa Pop Kids, do it here.

What’s your favorite Star Trek series? Leave me a comment below. Have a beautiful week, and I’ll see you around the galaxy! 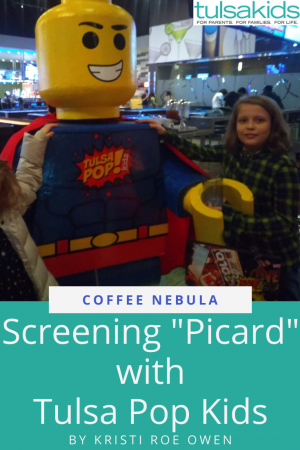