From sky-high bangs to dial-up internet, if you grew up in the '80s and '90s, get ready for a dose of nostalgia.

One of the things Justin and I have in common is that we both share the same pop culture experiences and references. We were born into the pretty analog world of 1975-76 and grew up watching many things that were once considered sci-fi become reality. Our lives have been punctuated by moments of technological magic. When we hear generational divisions referenced, technically we fit at the very end of Generation X, the cynical generation that gave us grunge and rejected the unchecked materialism of the ’80s. Ideologically, we certainly align with many of that generation’s values. But in many ways, we share more in common with millennials, the first generation to grow up immersed in a digital world, bringing a new enlightenment and optimism to the changing world.

It turns out this is a pretty common experience for many around our age. We are too young to share many of the experiences of Gen Xers, but we also don’t quite fit into the definition of millennials.

We’ve been called the Oregon Trail Generation for the game many of us played in school, cuspers, and more recently, xennials. But whatever you choose to call it, growing up in the dawn of the digital age was a powerful and unique experience that offered us a unique take on the world. If you played on your bike unattended for countless hours but your parents X-rayed your Halloween candy every year, you might be a xennial. Likewise, if you remember the looming threat of global nuclear apocalypse and every pop culture reference on Psych hits home with you, you might be a xennial.

In the spirit of nostalgia, for today’s post, I put together a list of 15 things most xennials can totally relate to. If you’re not a xennial, hopefully it will give a little context to the era.

1. Playing Atari for hours on end.

For many lucky xennials, the Atari was a way of life. As if you weren’t having enough fun knocking eating Power Pills and ghosts on the original console, Christmas 1982 brought the super sweet Atari 5200. While adults debated over whether blowing up 8-bit spaceships and centipedes would turn us into violent sociopaths, we were logging countless hours of hand-eye coordination trying to lock down that next Pac-Man cartoon and turn all the little ostriches into eggs.

2. Using an Apple computer to print birthday cards and banners.

Computers in the mid-80s were a far cry from the magic machines of today. While that rainbowy Apple logo was a common sight in many a secondary school, their capabilities were pretty limited. Still, when kids weren’t using them to fight text-based grues in Zork, these little early PCs were great for making cheesy dot-matrix banners and greeting cards with the Print Shop. Whether you chose birthday cakes, cupids, or hearts, Alexia or Party font, it wasn’t really Valentine’s Day at the middle school until you received one of these babies in all its pixelated glory.

3. Watching whatever was on and liking it.

Kids today really have it good. They can watch whatever they want when they want. If it’s not available where they live, they can use a VPN. But back in the day, xennials were stuck watching whatever was on the tube, and that meant your entertainment could vary wildly by the time of day. If you were unlucky enough to be stuck on a sick day, it was all soap operas, game shows, and talk shows. For those of us who watched TV late at night, it might mean back-to-back Star Trek: The Next Generation and retired sitcoms of days gone by. God help the poor soul who couldn’t sleep; have fun watching infomercials for Sweatin’ to the Oldies.

4. Being totally impressed by first and second gen Nokia.

​Most xennials can probably recall the days when every self-respecting bachelor carried a Motorola pager. But by the end of the ’90s, cell phones had gone from giant bricks to reasonably manageable handheld devices, and suddenly folks were trading in their beepers for the magic of the Nokia phone, complete with its own gaming system…er, game…Snake. They were pretty lo-fi, but they also were damned near indestructible, and if that wasn’t enough, pretty soon you could switch out the faceplate for any color you wanted. It might be hard to believe today, but it was once a big deal to show off your sweet new Nokia.

5. Passing notes to friends in school.

​Today’s high schoolers text each other back and forth all day, much to the chagrin of their teachers. But any xennial can tell you that teens blowing off class to message a friend is nothing new. Kids in the ’80s and ’90s were masters at paper-folding, and nothing said BFFFLs like passing a neatly folded little note with hearts over the “i”s and signed LYLAS (love you like a sis). 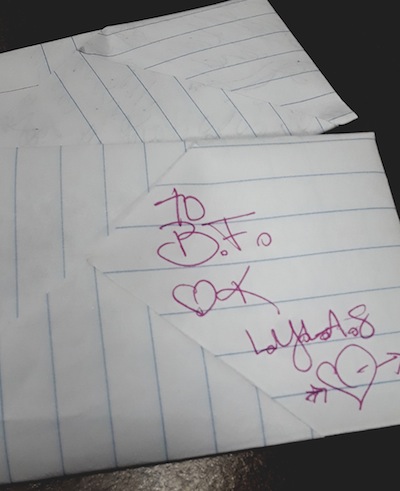 These little beauties were the original Snapchat.

​By the mid-’80s, it was pretty common for teens and tweens to have their own TVs: usually the second-hand leftover TV rejected by some other part of the house. But we were glad to have them. However, if you weren’t lucky enough to be hooked into your parents’ cable or satellite, you were probably adept in arranging aluminum foil to get exactly the right reception. If you managed to find that sweet spot where three channels came in at exactly the same antenna angle, you had to avoid touching it at all costs.

7. Listening to your mixtape over and over.

​Nothing spoke to the broken heart of an angsty xennial than the masterpiece that was the personal mixtape. Whether you recorded yours listening to Casey Kasem count down the weekly top 40 or from another cassette tape, a mixtape was an expression of your true identity, the product of careful planning and thought. As the music flowed from Bonnie Tyler’s “Total Eclipse of the Heart” into Richard Marx and then Roxette, so flowed the well of human feelings in your xennial heart. 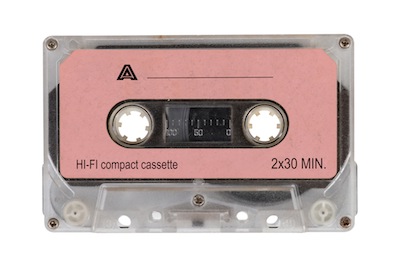 8. Giant bangs and other hair crimes.

​You can try to put it in the past, but if you lived through the mid- to late-80s, chances are pretty decent you committed high crimes of hair fashion. If you were female, this meant teasing your bangs to shameful heights in what could ostensibly add up to a full 2.5 inches to the vertically challenged among us. For all genders, perms and mullets ran amok. It was a dark time for senior pics. 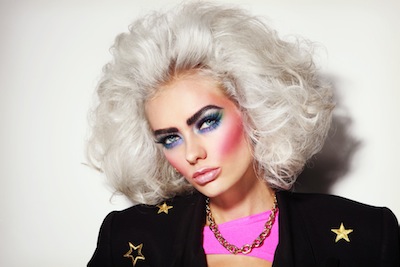 9. Begging your parents for your own landline.

​Xennials might hate talking on the phone these days, but back when, we logged countless hours gabbing it up about our personal Jordan Catalanos while hogging the family landline. Those of us who were lucky enough could have a phone in our room, and there was no greater phone than the transparent phone with the colorful neon guts. Luckier still were those who achieved the trifecta of personal phonership: cool telephone, private number, and personalized digits (like 437-KRIS).

Depending on where you lived, this might have been called pin-rolling, Gucci rolling, French rolling, or pinch rolling, but the gist of it was that if your parents weren’t cool enough to buy you tapered leg jeans, you could achieve the same look by folding the bottom of your jeans over and rolling them tightly up. The only problem with this method was the 200 times you had to stop and re-roll while you were hanging outside the Claire’s with the other mallrats.

11. Going back to school with a totally rad Trapper Keeper.

​If you didn’t have a Trapper Keeper, you missed out on the quintessential xennial experience. Whether animal printed or decked in screensaver-inspiring geometric prints, Trapper Keepers were the best part of going back to school every year, and for a few short years, they were accompanied by a super kawaii version, the Super Shades Collection. These pastel versions were filled with pink, peach, and turquoise notebook paper that drove teachers bananas, which is probably why it isn’t around anymore.

12. Watching all the boys at school breakdance on the playground.

​ Any xennial who survived elementary school in the Ghostbusters years was familiar with the frustrating sight of boys–and some sassy girls–poorly attempting to butt spin on any surface they could find.

13. Listening to the screech of your dial-up modem.

​By the time most of us started adult life, the Internet was a fact of modern living, and with it came the bone-chilling screech of the dial-up modem. Not only did it take forever to go online, but it was infuriatingly slow and prone to dropping off completely. But it was the only way you were gonna send that Hotmail, so you soldiered on through that electronic cacophony.

14. Being knocked offline by someone picking up the phone.​

If you remember using dial-up, chances are pretty decent you also remember the life-altering drama of having some doofy roommate picking up the phone just as you were sending your professor that last-minute email with your 10-page research paper attached. Similarly, you may have experienced the ragemaking moment of being mid-phone call with your boss or SO and having your roomy decide that was the perfect time to start up the modem. Hope that call wasn’t important because it’s over now.

​If you’re a xennial and you never took advantage of the 12 cassettes for a penny gig, chances are pretty good you know someone who did and that person was a legend. Nothing said “cool guy” like a Walkman full of Van Halen or MC Hammer, and your ticket to musical freedom was just a catalog order form away. Never mind that it meant you’d be locked into buying overpriced cassette tapes for the next 11 months.

Can you relate to any of this? What would you add to the list? What generation do you most relate to? Hit me up in the comments below!