Ever since I had kids, I have been a diehard proponent of Western medicine: it was Western medicine that somehow extracted all six of my children (I have a weird pelvis, and none of them could get out – praise the C-section!). Give me the OB/GYN, the anesthesiologists, the epidurals and the hospitals. Western medicine saved my son from suffering severe brain damage from hyperbilirubinemia after he was born. It was a highly skilled urologist who surgically corrected my son’s hypospadias (“a crooked garbanzo” per my grandfather) after he was born. Western medicine provided the antibiotics that defeated the jillion ear infections my children have had — and after that, trained the ENT surgeons who inserted tubes in two-thirds of my kids. I love harsh chemicals, bleach, antibacterial wipes and vaccines.

So I’ve never really thought much about Eastern medicine or alternative therapies. Until one cloudy April day when a bunch of neighborhood girls and I had a little party at the Skin Care Institute on South Yale.

I had made an appointment for a chemical peel and brought along my 1-year-old sidekick, thinking she could just sit on my lap while they poured molten-skin-melting chemicals on my wrinkles. But alas! The staff said they could not allow children near the chemicals needed for a peel. Pooey! So there was some reshuffling, and I ended up with a reflexology appointment. Huh? What is that besides a waste of time?

But I reluctantly shuffled back to the reflexology room and sat down for my treatment. A calm, composed man, Dr. Wong, studied me carefully, and asked some general health questions before getting started on rubbing my feet. And suddenly I was intrigued! He told me in Eastern medicine that areas of the feet are specifically connected to various organs in the body. While treating my feet (which, by the way, was very calming and relaxing!), he could make spookily accurate assessments about my health and the current state of my body: that I’m a bit dehydrated, and that I have a little bit of lower back pain, but otherwise I’m in pretty good shape for an old mom of many (OK, he didn’t say that, but that’s the gist).

He was so spot-on in his assessment of my health that I decide to investigate these alternative therapies further. And I find that Eastern medicine has its own very large cheer section.

I meet with Nicole Fryer, who is an enviously gorgeous Jenks mom of three boys, and an ardent proponent of alternative therapies. Post-college, Nicole suffered from chronic digestive issues. After exhausting traditional remedies, and taking drugs that left her perennially wiped out, she decided to look into a Reiki healer. Reiki healers don’t even touch you – they strategically engage with energy fields that surround your body. This practitioner used muscle testing to discern what Nicole was allergic to, and discovered a host of foods that were causing problems with her digestive system. Nicole eliminated these foods and within days felt like a normal person again.

Fast-forward a few years: Nicole is now a mother of three adorable little boys, ages 7, 3 and 2. Her boys were suffering all kinds of upper respiratory ills: boogers galore; asthma; fatigue; and dry, hacking coughs year round. She visited all the traditional Western doctors, and while they were all competent professionals, Nicole felt like they were simply treating the symptoms of her poor boys’ suffering, and not the root causes of the problem. Her boys continued to sneeze and hack for the better part of a year. Not wanting to rely on antibiotics, surgery, or constant breathing treatments, Nicole leaned on her prior experience with alternative therapies and decided to look elsewhere. She ended up with three life-savers: Dr. Heather Walters, a Jenks naturopath; Dr. Kathy Basset, an acupuncturist who practices in midtown Tulsa; and Dr. Carla Harris, a Jenks chiropractor who specializes in pediatrics. 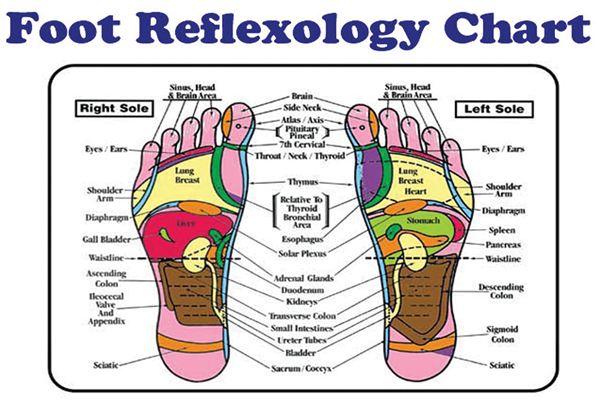 Nicole brought her boys to Dr. Heather, who tested them for various allergies and suspected they were exposed to mold. Nicole was shocked. Where was the mold? The naturopath sent her home with a simple test kit and the source was revealed: Nicole’s car! Dr. Heather worked with Nicole and her boys to develop a plan on how to best rebuild their immunity. Dr. Heather also supplied Nicole with peppermint oil, which when rubbed on her boys’ feet and chest drastically improved their nighttime coughs.

Dr. Nambudripad is the author of several books, including Say Goodbye to Illness. Under Dr. Kathy’s careful testing, Nicole discovered that her boys have sensitivities to gluten, chicken, eggs and several other foods. She began treatment with her boys, and almost immediately saw drastic improvement. After undergoing the treatments (this involves a combination of acupressure and kinesiology), her children can now safely eat these foods and enjoy playing outside.

Nicole has also seen a chiropractor throughout her life for scoliosis, and is now a devoted patient of Drs. Paul and Carla Harris. Dr. Carla has treated all three boys through the effects of mold, changing seasons, flus, fevers, colds and coughs, ear infections, and colic. When a fever spikes with any of Nicole’s boys, Dr. Carla does a couple of spine and neck adjustments, provides home-care guidance, support and direction, and either the fever spikes and falls, or just falls – no ibuprofen necessary! 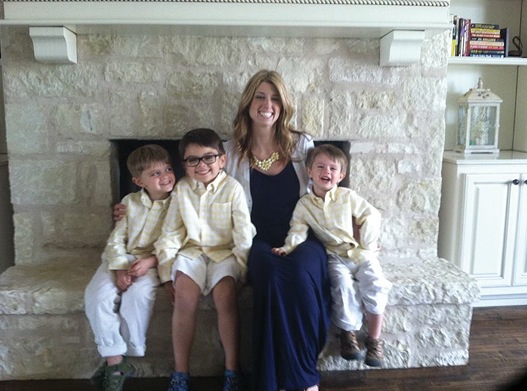 Nicole Fryer and her sons.

Given Nicole’s transformative experiences, I decide to head to an acupuncturist myself – I’m not sure I can handle it! I go to see Dr. Jared Ullrich at Tulsa’s “Path to Wellness,” an acupuncture and wellness clinic in an unassuming strip mall off 61st and Sheridan. Dr. Ullrich is great, and not woo woo whacky at all. He explains everything he is doing, assures me that the needles don’t hurt, and is quite thorough in talking to me about my general wellness before getting down to the pricks.

At first Dr. Jared doesn’t quite know what to do with me, since I don’t have any specific complaints (many of his clients have lower back pain). But when I tell him I do suffer from a bit of anxiety and fatigue (um, what mother doesn’t?), he gets to work with some strategic needle placement. He places them gingerly, knowing I’m new at this. There is just the tiniest little prick – hardly any pain – and then nothing! He places needles in (gulp) my wrists, ankles, forehead and abdomen.

Really, it is no trouble at all; what is most bothersome to me is imagining what I must look like with needles in me. And then I get to relax for awhile with the needles in. The hardest part is remembering to stay relatively still and not jostle the needles; if you really want to play with your phone, you might get a funny twitch!

Dr. Jared tells me that he treats everything from site-specific pain, to infertility (needles placed specifically in the uterine/ovarian area – he also has success in “cupping” in these areas, which heats and warms them). Also, did you know that acupuncture is a holistic alternative to botox?  Yes, like most Eastern approaches, it takes longer; but if you don’t feel like injecting your face with dubious bacteria, acupuncture will gradually reduce the wrinkling in your angry forehead.  He even puts miniscule needles in my ear – teeny, tiny needles on a wee band-aid – which aid with appetite control and fatigue.

In the end, my layman’s take: the dichotomy between East and West might be that Eastern remedies will take a bit more time, but may have more lasting, and less invasive, results.  Western medicine tends to be more wham, bam thank you… maybe, in the end, we need a bit of both!