The Hip Mom Gets New Lashes

You’ve probably noticed these women, quietly infiltrating our ranks in the pick-up line, at the grocery store, at Chick-Fil-A. Indeed, you may have actually been inadvertently brushed or harmed by an errant lustrous wisp: Yes, it’s those beautiful women with 18-inch-long lashes, which I only recently discovered are not actually the results from popular lash serums, or miraculous mascara, or even false lashes. No, they are lash extensions, which require a skilled esthetician to implement, and a bit of time and upkeep on the part of the lash devotee. So many of my friends – Amy, Amanda, Katy – already luscious, svelte beauties, are bona fide goddesses in the school parking lot. It seems a bit too far-reaching and glamorous for me to entertain the thought of something so preposterous as false lashes, but after reading Lena Dunham’s article in Vogue I become intrigued. After getting a lash “lift and tint,” Lena writes that “every flirty feature” of her face is accented: “freckles, button nose, rosebud lips. I was, quite simply, entrancing to myself.” Huh.

And others notice Lena’s newfound dewiness, but don’t know to what magic to attribute this sultriness. She writes, “People erroneously commented on my glowing health (nope, sinus infection); on my weight loss (up 10 pounds!); and my new haircut (same broken bangs, thank you very much). I took a red-eye and looked awake. I wore workout clothes, sans workout, and seemed like I’d tried. I had never felt such immediate results from such a small action, and I’m including both apologizing and taking Ecstasy in this tally.”

Well, with Valentine’s Day approaching, how could I not sprint to the nearest lash bar?  Ultimately it’s not a young hip celebutante, but my friend Sarah who sways me. Sarah is a mother of a 3-year-old, a 1-year-old, and a fresh from the oven newborn – and she teaches baby ballet! When she emerges from ballet class after a sleepless night with her colicky son looking peaceful, happy and (stunningly) rested, I notice she, too, is sporting glamourous, long lashes.  I ask her about her face, and she says she has extensions and goes every few weeks to have a “fill” at Flutter in Broken Arrow. Well, man, if this saintly mother I admire who is deep in the baby trenches can do this lash thing, maybe I should give it a go!

So, I book an appointment for a full set (after erroneously booking an appointment for a mere fill because it’s cheaper!), and show up for my lash extensions at Bloom on 31st and Harvard.  Bloom feels like an opulent French boudoir; its mauve walls, dainty chandeliers and shaggy carpets make me feel a bit more comfortable – like maybe I’m getting a little massage and not something too uncomfortable and invasive! To Jordan, my lovely and warm applicator/esthetician, I giggle, “I’m a little nervous. I’m an old mom and don’t want to look like a hooker.” She laughs. “It’s pain free. We’ll go more natural the first time – you can always build up.” 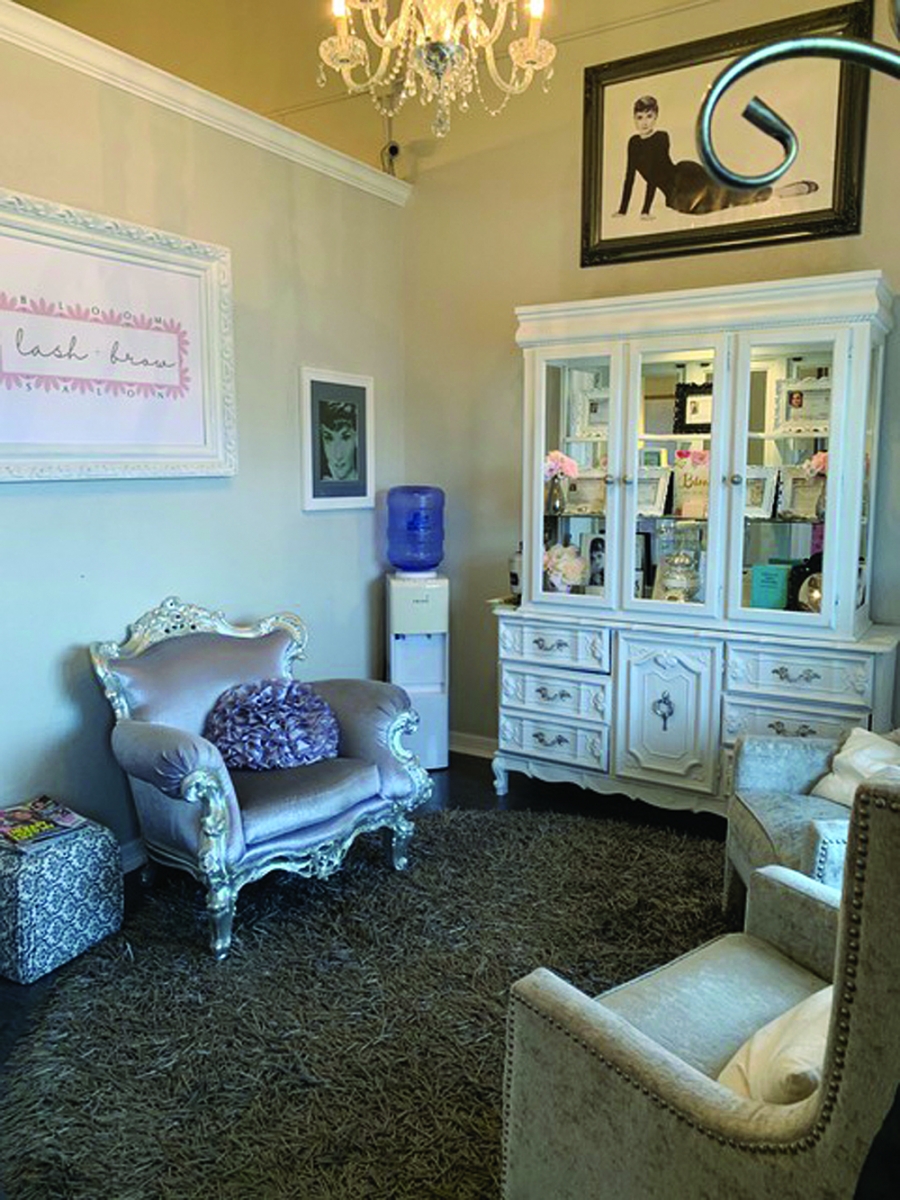 Gulp. OK! So I lie down on the posh and comfy massage table, and I start to see Sarah’s attraction: Jordan tells me she’s going to tape down my lower lashes, and then I have to close my eyes – it’s pretty much a forced, hour-long nap! I freak out a bit when I hear about four texts and three missed calls, and figure my teenager has been in a car accident and my 3-year-old is in urgent care with stitches, but nope! Just my 14-year-old calling me repeatedly to ask to spend the night at a friend’s.

It’s a lot of close one-on-one time with my esthetician. Luckily she has good breath. When she’s done, I sit up a la Sleeping Beauty and she hands me the mirror – wow! I don’t look like a hooker at all — just a slightly sexier, younger, dewier version of moi. They feel ok, not like the three occasions when I’ve dawned false eyelashes and felt like blinking was akin to strength training, what with the two-pound caterpillars nestled on my eyelids. But then Jordan tells me some of the no-nos: mascara (too many oils), eye liner (aack! I can line my eyelids with eye shadow instead), too much sweating (huh? What happens here in July? A massive unleashing of lashes puddling on the sidewalks?), exercise (again, the oils), and excessive steam (too much wet heat can damage the glue). And then I have to gently dab them with baby soap morning and night to keep the lashes clean to prevent eye infection. This all strikes me as a bit too “precious vessel.”  While I’ve never participated  in a woman’s march, I don’t think most women are just sitting around all day batting their eyelashes at potential suitors meandering by. In fact, PVT doesn’t even notice, nor do any of my rotten kids. Are we moms that invisible? I take note of all the prohibitions, though, and dutifully tap baby soap around my eyes that evening.

Then around 3 a.m., I wake up from a bad dream (something about having to get all the kids four miles down Sheridan during rush hour so the first grade teacher doesn’t freak out, except they’re all traipsing around an empty indoor pool — feel free to Freud that), and I’m scratching around my eyes! Gah! Even in my semi-consciousness I know I’m committing lash crimes. In the morning, I’m chagrined to find a few sad eyelash larvae lying around my eyes and down my cheeks — even in the sink! But they still look pretty full. And I’m relieved that once I get used to treading lightly around my eyelids, they seem to be holding up fine, even though I sort of ignore the hot showering, hot tubbing, working out advice. And, it is nice to wake up and not have to slab on some fancy lash primer and mascara before I can even join the ranks of humanity.

Over the next week, I feel like I’m shedding a lot of lashes, and wake up with annoying crusty, sandy eyes. So a mere week-and-a-half later, I decide to go for a “fill”: a brief reparation of lost lashes. This time I’m looking forward to my nap and go into deep REM for 30 minutes (I hope I didn’t snore). I ask my esthetician if my “loss” is usual, and she says it seemed to be on the heavy side. Huh. I love this look, but I can’t drop over $50 every nine days! We’ll see how I fare.  But I’m keeping in mind Jean’s (of goop) thoughts:  “Everyone I know who’s tried extensions says the same thing: They’re fantastic and make you look prettier, younger, flirtier—and they’re just not viable long-term. They’re a hassle to keep up, and the removal process invariably involves casualties in the form of your actual lashes.”

Shoot!  But then again, isn’t life, liberty and the pursuit of perfect lashes a viable life philosophy? 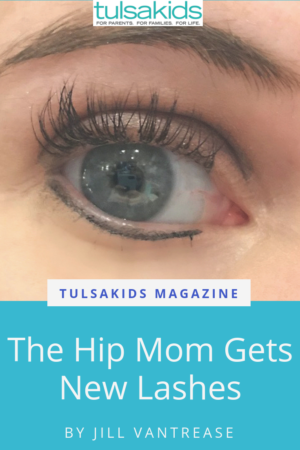