Blythe & Reese have been in separate rooms since they were 6 months old. Reese had a series of breathing issues and ear infections. It just made sense and helped us all tally up more sleep hours. That choice to put them in two different rooms seemed huge at the time. Now I feel silly. Two humans that could just roll over I separated into two rooms.

Present day, the girls still reside in their own spaces.

A few weeks ago my husband went into Reese’s room to see if Reese was still asleep. When he walked in, Reese was just smiling standing next to her crib. I was at a meeting. He checked her from head to toe to make sure she was safe. Reese laughed and thought it was a fun game. This began the start to Reese throwing herself out of her crib with no fears. 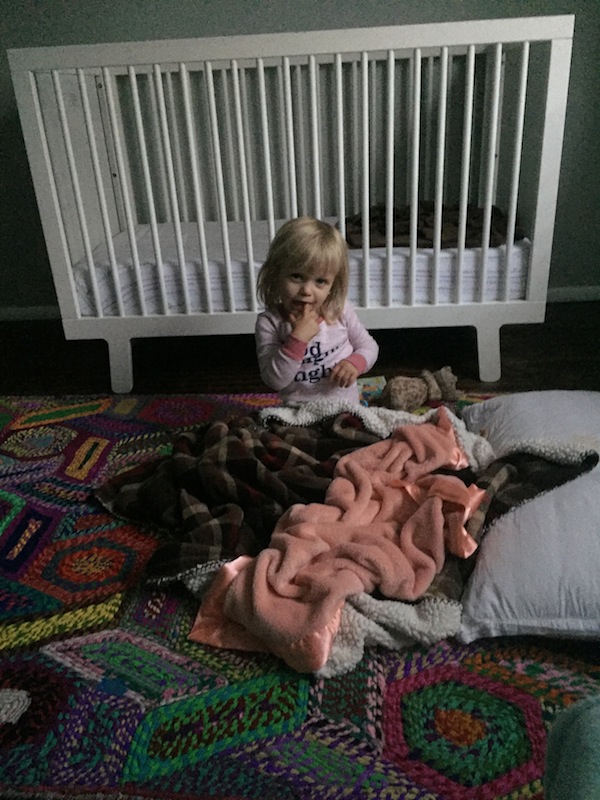 When kids grow up and change I think it’s exciting, but some of these steps happen more quickly than my brain can catch up to! After Reese created the Olympic sport of jumping out of the crib, I decided it was time to move her mattress to the floor. Reese thought this was just a landing pad for her falls.

That night, Steve and I decided the day had arrived. The day of saying goodbye to Reese’s crib. I am usually not attached to physical objects, but this one made me sad. I just wasn’t ready for Reese to have this freedom. My kids are beyond curious and I knew my nights of slumber were going to be shorter. 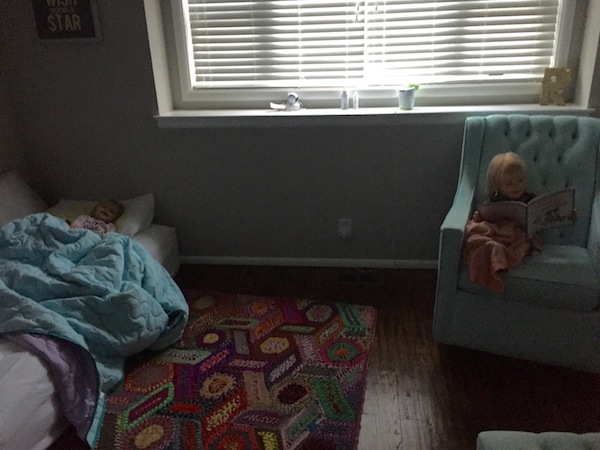 We placed the twin mattress with her new Finding Nemo blanket on the ground. Reese was pumped. This transition has been comical and we are still perfecting her new nighttime freedom. 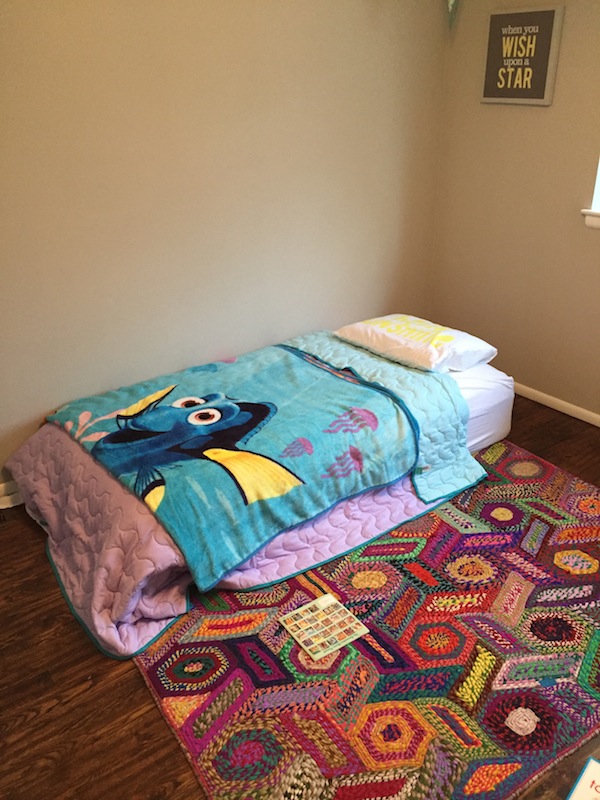 One night I did try both of them in the same room together. It ended up with no sleep, but lots of giggles. 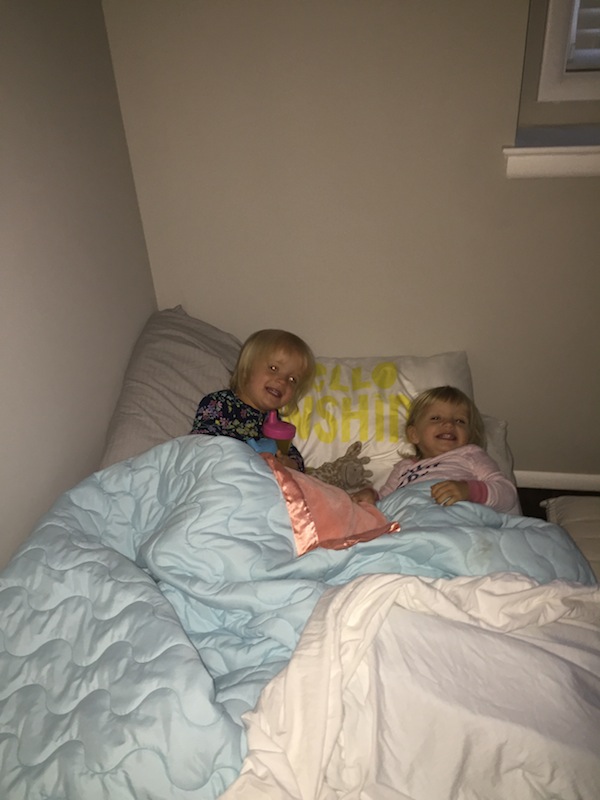 Right now, I’m still enjoying her sister still being in the crib. Until her freedom time arrives, I cheers all of you with an extra cup of java.