My Story of Infertility: Part I

Editor’s note: This is the first part of a three part series.

Each of you now have heard of an individual having issues starting a family or know someone personally. You see stories of infertility on the news more frequently. Yet it is still shocking to me how many girls reach out to me from all over the country. I am very open with the fertility issues I had to start my family. The main reason for me being so open is for others to know they can contact me. Friends of friends will email, call or text with questions, tears and confusion.

This is my story of infertility. My husband and I are healthy and in a normal age range to have children. My entire life I have always gotten the common cold much more frequently than the average person. But overall when we told our doctors we were ready for a family they said you should not have a problem at all. My gut told me something very different. Of course I cannot call my doctor and say “excuse me, my gut says I need testing.” It was time for an annual pap and it did come back negative. This specific doctor threw out a lot of scary words. Enough for me to realize if I did get pregnant I did not want him to be the one welcoming my child into the world with me. At this time in my life, we lived in a town that was not too large so we decided to start going to a larger city for tests.

At this point we had been trying for a few months and I was following an ovulation chart. From everything I read on the world wide web it was not possible for me to ever get pregnant because I would ovulate three days before my period. If I even got a period. When I switched to a new OB I also reached out to a fertility specialist since my last doctor had scared me so much. At this time, it had almost been a year of trying. These two doctor became the start of my “let’s have a family team.”

Interesting facts started coming in. First they discovered I had Hypothyroid. This explained a lot. I had a severe case that determined I also did not ever ovulate. When I got a positive on an ovulation test very late in the game, it was just a hormone surge. SAY WHAT?! I did not even know that was possible. All of my web research and I never diagnosed myself with that. Don’t worry I did diagnose myself with a million other things that I did not have. 🙂

After a few months on a pill to balance out my thyroid I began to ovulate. Sweet! I thought well here we go I will be planning my “we are having a baby” announcement any day. Months passed and we decided to do IUI – something was just not right. Four IUI later, where I had a tons of follicles every round, nothing was successful. My gut kept saying this is NOT right.

After what seemed like a decade, we all met again. It seemed like I was getting pregnant and then very early losing the baby. I did not want to do any more IUI since the odds were not great and the mental game was adding up. The “let’s have a family team” met and we all decided to do one huge round of testing on me. This was a larger financial investment and would take about a month to get the results. Everything in me said we have to do this because if we were going to move onto IVF I want to know what is really going on with my body before we start such a huge step in family planning.

Sure enough these tests came back full of issues. For the first time it felt amazing to know we found something else that we could pin why I was not pregnant. In the meantime I started eating and drinking more veggies and fruit then I believe I had previously consumed in my entire life. I began going to get acupuncture, not drinking alcohol, tried to give up coffee and working out. Everyone has various opinions on what helps or hurts them. This is just my journey.

Finally, the writing was on the wall, if I wanted a family IVF would be the best option for us. It seems too simple to just type it out like this. With each step or piece of news there were tears, praying, wondering and more tears. The unknown and confusing state of making a baby that would I could carry was anything but simple.

Due to the high risk of my issues the doctor recommended I start right away. When you decide to do IVF it is not like deciding a nail polish color. It runs your life. You go to the doctor numerous times in a week, giving yourself shots, getting sick from shots and mentally trying to just stay above water! 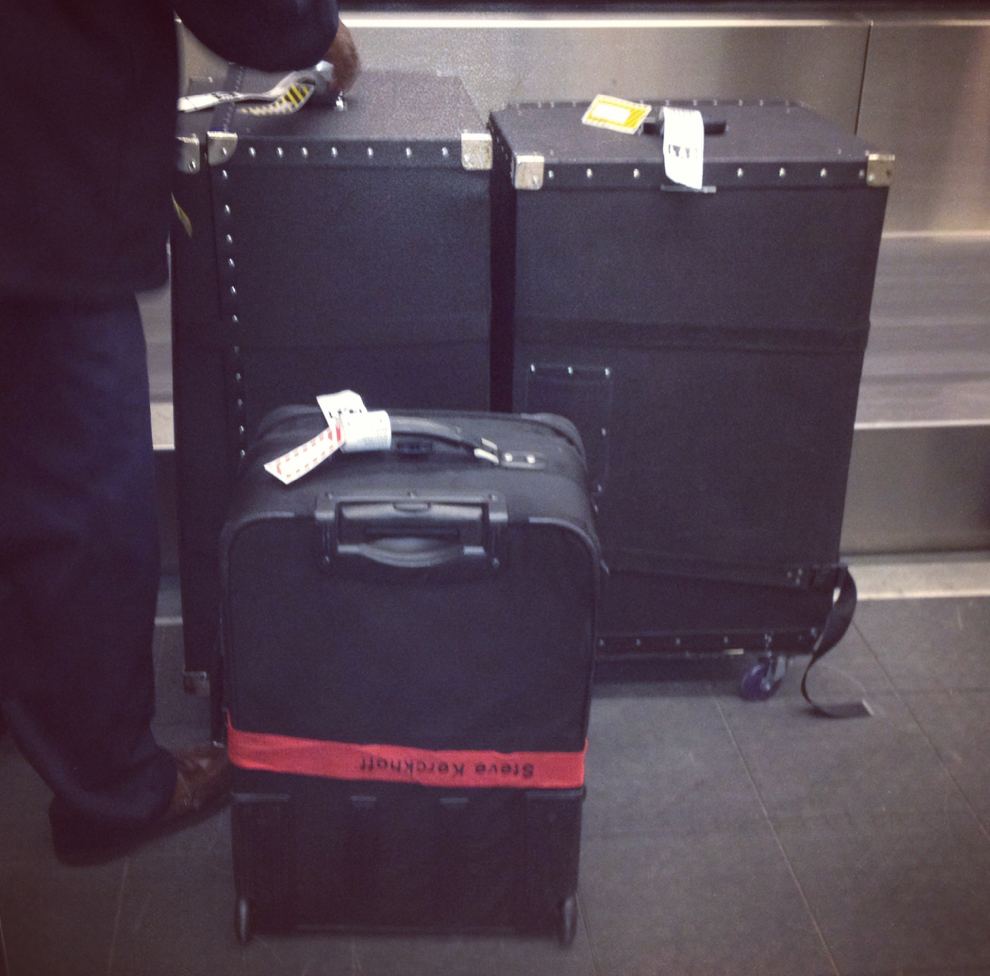 At this time I traveled nonstop with my job and had to notify them of this choice. I was fortunate that they respected my quest for a family. Also the findings from the tests showed my cause was complicated. If I could get pregnant it would be hard for my body to maintain the pregnancy. The doctors explained I would start taking blood thinners via shot twice a day everyday now until the end of the pregnancy. We were always positive that I was going to get pregnant! But the fears of the unknown were always heavy on my heart.