Julie Lackey founded the nonprofit after realizing her son, who has Asperger's, would have to leave Oklahoma in order to pursue higher education. 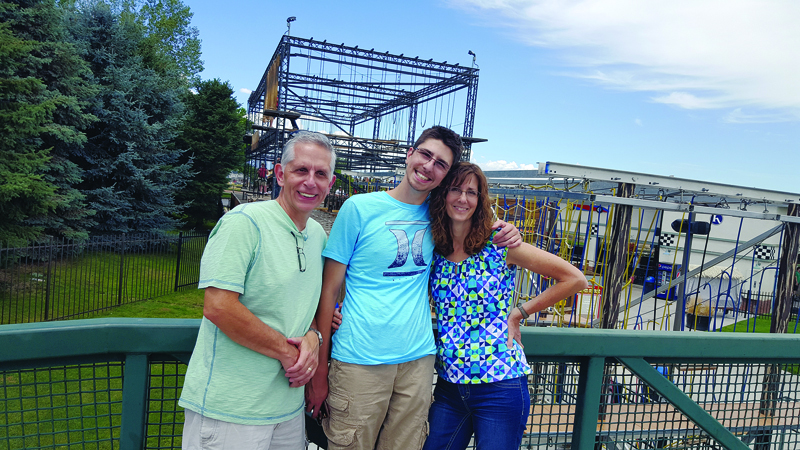 When Julie Lackey discovered that her son would need to leave Oklahoma in order to continue his education after high school, she decided to initiate change herself.

“My husband and I have a son with Asperger’s,” Lackey said. “As we were looking at what the prospects for him were after high school, we were looking toward college options because we know what college can do for a person in determining what they want to do with their life.”

Founded by Lackey in 2012, LeadLearnLive is an organization dedicated to bringing four-year college programs for students with intellectual or developmental disabilities to Oklahoma. Although there are more than 260 of these programs in 48 states, Oklahoma has none.

“What these programs provide for students is the support that they need to be successful,” Lackey said. “These are students that cannot typically gain admittance with a regular admittance process.”

For instance, students with intellectual or developmental disabilities may not have the ACT scores that colleges usually require. Considering that they go through an alternate admission process, alternative programs provide additional support. LeadLearnLive in particular looks to begin programs that support independent living, social skills, academics and career development.

Lackey started LeadLearnLive as a grassroots effort with the assumption that it would be able to get funding from either the state legislature or from agencies.

“I was uneducated, honestly, and realized the shape that Oklahoma was in from a higher education standpoint,” she said. “As we know, Oklahoma does not have a whole lot of money.”

Since then, Lackey has spoken at multiple conferences and transition fairs across Oklahoma, as well as met with state regents and the state legislature. Additionally, the organization was behind House Resolution 1065, which “supports the development of education programs for students with intellectual or developmental disabilities.”

“As we know, a house resolution isn’t a bill and it doesn’t provide money or anything like that, but it did bring awareness to the effort,” Lackey said. “Then we became a nonprofit after finding out that we would basically need to raise the money ourselves, so that is what we have been doing. We are three quarters of the way through raising our funding.”

Throughout the process of raising money and spreading awareness, Lackey learned the importance of speaking with as many people as possible.

“You kind of go into starting out something new, especially an effort that is unfamiliar in our state, with assuming that everybody will think the same thing you think, and that’s not true,” she said. “So you really need to talk to everybody – parents, legislature, agencies, state regents, professionals, and colleges because the biggest thing that you need to do is communicate well.”

LeadLearnLive has an advisory board of national and local experts. Additionally, the organization has gained the support of Think College, the national coordinating center for programs such as LeadLearnLive.

Think College’s Principal Investigator Meg Grigal has found the path toward implementing such programs to be a long-term endeavor. Indeed, convincing others that higher education is a realistic possibility will not happen overnight.

“It’s about changing people’s expectations,” Grigal said. “People only see what’s in their backyard, and if what they see in their backyard is that people with intellectual disability leave high school and they go to a sheltered workshop, then that’s what the professionals and the parents expect. When that’s the case, it can be a real uphill battle to offer a different alternative.”

Grigal suggests that initiatives such as LeadLearnLive offer a particularly strong message about who deserves to learn.

“Often the concern is ‘Why would you want to support someone with an intellectual disability to go to college,’ as the exclusion criteria is the fact that they may learn somewhat differently,” she said. “You wouldn’t exclude any other population based on a label, and yet, for centuries, we have not seen people with intellectual disability afforded the same options to learn outside of high school that other people have.”

Lackey says that one of the most rewarding aspects of this process has been the opportunity to make a difference in students’ lives.

“I have met amazing families with stories of their kids and what their kids’ dreams are of going to college,” she said. “So when you think about being able to make some of those dreams come true, that’s huge.”

The founder maintains that an effort that is not only this big, but also new to Oklahoma, takes everyone in order to succeed.

“We are in our final push to finish out our funding for our first program, so, if anyone feels led to, that would be wonderful for them to donate towards the program,” Lackey said. “Our dream is to have five of these programs in Oklahoma because obviously there’s a whole lot more kids than one program can handle.”