What’s Next? Post-High School Programs for Individuals with Intellectual and Developmental Disabilities

“My biggest fear in the world in life is that I will die, and Nick will not know how to navigate the world,” said Sunny Leigh, whose 21-year-old son, Nick Franco, is on the autism spectrum. “You want their toolbox to be full of experiences and knowledge to be out in the world.” 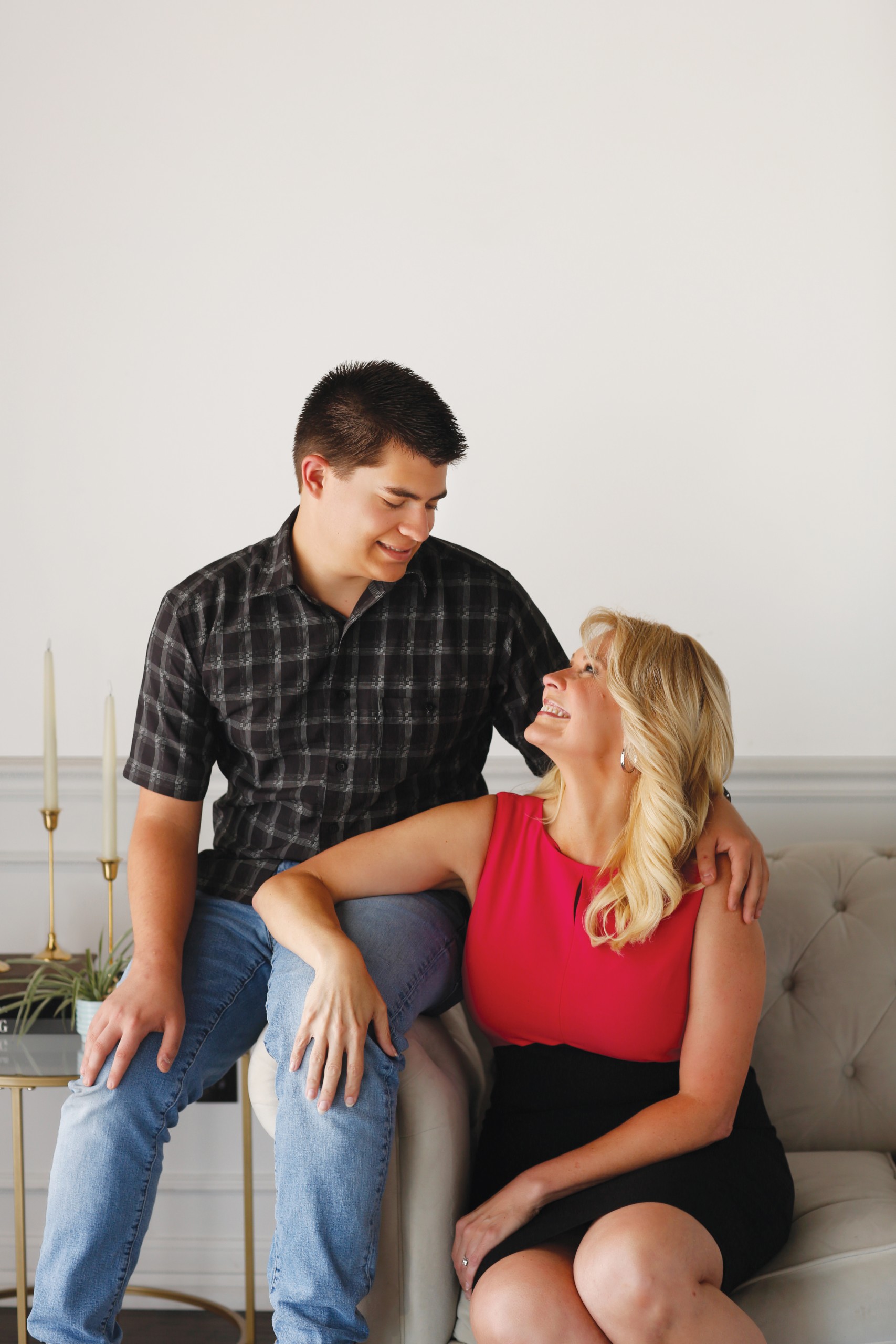 To many, Leigh is the sunny face they see every weekday morning on KTUL News Channel 8’s morning show, “Good Day Tulsa.” But Leigh is also mom to Nick and stepmom to a young daughter.

Many Tulsa-area parents like Leigh who have children who are differently abled face difficult and complicated futures when their children “age out” of high school. Under the Individuals with Disabilities Education Act (IDEA), children and youth are provided special education and related services through age 21. IDEA requires that transition planning for young adults start at age 16, with the IEP (Individual Education Plan) team working with families to develop a plan. Parents can go to parentcenterhub.org for details about what should be implemented in transition services.

While transition planning is a required part of a high school student’s IEP, the reality is that many parents of students with disabilities struggle with post-high school life. Julie Lackey, founder and executive director of LeadLearnLive and current director of OK IPSE Alliance, says what often happens is that a parent must quit or adjust their job when a student with intellectual or developmental disabilities graduates from high school. Not only is it harmful to the family and individuals in that family, but it’s also bad for the economy to have two or more potential workers out of the job market.

Mary Ogle, CEO of A New Leaf, a nonprofit whose mission is to provide job training, life skills and residential services to elevate confident independence and self-sufficiency for people with developmental disabilities and autism, says that 74% of individuals with developmental or intellectual disabilities live with their families their entire life. Ogle says that even though agencies like A New Leaf have been serving people for 40 years, there is still a 63% unemployment rate.

That statistic didn’t sit well with Ogle. Independent living and work opportunities were not happening fast enough for individuals with developmental and intellectual disabilities. She was looking for “big, bold moves to move the needle.” A New Leaf Transition Academy was that move.

“There are about 10 such programs around the country,” Ogle says, “and they have an 83% success rate of moving students out of their homes and being employed.”

Leigh says she learned about A New Leaf Transition Academy when she was invited to be the master of ceremonies for one of their fundraising events.

Transition Academy was enrolling young adults who, like Nick, were not quite ready to live on their own, but desired independence, which made it a good fit for him.

“We found that so many parents feel they can’t let their child make that next step of dropping them off at college,” Ogle said. “We wanted to do a hybrid approach.”

Students accepted in A New Leaf Transition Academy live in dorms at the academy campus in Owasso for two years. The first group of 14 students will start classes at Tulsa Community College’s Northeast Campus this month. Students will be transported to class, where they will have Transition Academy instructors who will teach life skills and academics as they work toward the academy’s two main goals: independent living and meaningful work.

Nick, like most of his incoming classmates, has a job, but is looking for more. He has a rare ability to remember exact events on any date, he loves animals and has many interests, so he admits that it may be hard to choose what path to take, but he hopes to find a career that fits his unique interests and abilities.

“He has a hard time making friends, and the pandemic has made it worse,” Leigh said. “I want him to learn life skills so that he can take care of himself, and I’m thrilled that he’s going to get an education for a career, not just a job.”

She likes the idea that Nick will have his own apartment in the dorm where he will have friends and learn life skills.

Nuceka Chatman, director of A New Leaf Transition Academy, says that learning life skills such as money management is an important part of the program, and students have opportunities to go into the community to practice what they learn. She works with businesses in Tulsa and the surrounding communities to secure internships and post-placement for the young adults.

Nick said he’s nervous because he’s never lived away from home but seeing some friends from his old school at orientation made him feel more comfortable.

“They’ll help me become more independent and help me learn to take care of myself,” Nick said. “And teach me how to cook food and other things.”

Research shows that outcomes for students with intellectual or developmental disabilities are much better if the young people have some type of transitional training and education post-high school. According to the 2016 Disability Statistics Annual Report, only 34.9% of those who go directly from high school into the workforce maintain full- or part-time employment as opposed to 64% employment for young people who have had transitional experiences after high school.

Inclusive Post-Secondary Education in Oklahoma (OK IPSE) Alliance is a partnership between the Oklahoma Department of rehabilitation Services, Sooner SUCCESS and the Oklahoma State Department of Education. OKIPSE Alliance works to support IPSE programs by working with key collaborators across the state and expanding opportunities for students with with intellectual and developmental disabilities. One of those programs, which just graduated its first cohort, is the Riverhawks program at Northeastern State University. Others include OU Sooner Works, which was not started by LeadLearnLive, and OSU Opportunity Orange Scholars. Each program is slightly different, but all offer special support for students. Another program at USAO in Chickasha is specifically for degree-seeking, high-functioning students with autism.

The four pillars of OK IPSE Alliance include: Independent Living; Social; Academics; and Career Exploration. “It’s a comprehensive, inclusive program that supports students in all those areas in an intentional way,” Lackey says. The students leave with a certificate.

To achieve those goals, the students have special support to learn independent living as well as mentoring for social skills such as email etiquette and how to communicate with professors, and career support.

“They do everything a typical student does,” Lackey says, “only with more support. The program allows the students to figure out who they are as young adults within a person-centered plan.”

The plan charts the path based on each individual’s hopes and dreams, and is flexible as they take classes and discover what they want to pursue. They have tutors, peer mentors and other supports as they are tracked through the program, but students are essentially doing everything any college student would do. Lackey says that even very bright students who are able to get college credit might struggle with the social skills or need job support. She knows from personal experience.

“My son Jacob with Asperger’s syndrome is the reason LeadLearnLive started,” Lackey said.  “We started looking and assumed he would go to college. We looked, and there weren’t the types of supports he had in high school.”

Jacob was accepted into NSU’s Riverhawks program and found that he loved acoustic engineering. To pursue that degree, Jacob had to transfer to Missouri State, but Lackey says that he never would have found his path without Riverhawks’ individualized academic and social support.

“Everyone knows him,” Lackey says. “They know the kids. They push them. It’s also about dignity of risk. It’s all about the students being able to fail as young adults but having the support around them so they don’t hit a wall.” 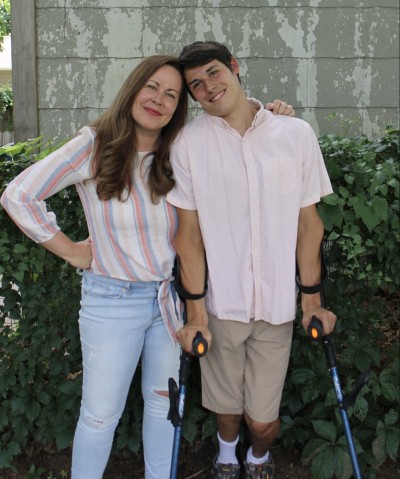 Jaclyn Walton-Brylczyk with her son Mason Walton, who attends Pathways.

Mason Walton is a young adult with intellectual and developmental disabilities. He graduated from Memorial High School in 2019 and started going to Pathways at the end of that same year.

Mason and his mother, Jaclyn Walton-Brylczyk, learned about Pathways from his special education teacher, Janet Parker.“There was a lot of anxiety with Mason graduating,” Walton-Brylczyk said. “What would he do all day? How would he get his needed and desired social interaction? How would anyone get any respite?”

Acting on Ms. Parker’s suggestion, Mason and his mom toured Pathways and loved it. Mason is now enrolled three days a week from 9 a.m. to 1 p.m.

Pathways was founded when a group of parents talked to the church staff at Kirk of the Hills to see about expanding their weekend program to a weekday program. Pathways’ mission is to “provide a unique Christian program dedicated to enhancing the quality of life for adults with intellectual disabilities.”

“They can come as little as four hours a week or full-time,” says Monique Scraper, Pathways’ executive director. “Some work part-time. We go out into the community to do volunteerism a couple of times a week. It’s important for our students to be able to give back because the community gives so much to us for this program.” 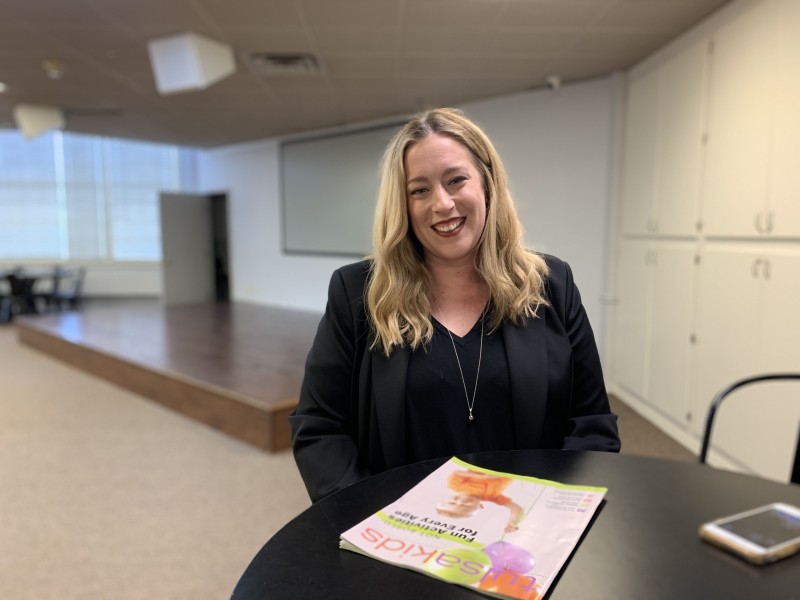 Students enjoys fieldtrips and other outings. The staff also works with individuals who have goals to live or work independently.

Mason says he loves seeing his teachers Chelsea C. and John, and playing basketball with his best friend, Parker.

“Pathways has been a perfect match for him,” Walton-Brylczyk says. “It has provided him with a lot of confidence, and with that, he’s gained independence.”

With Mason’s newly acquired living skills, Walton-Brylczyk says they were able to renovate a garage apartment for him, so he can live independently. She credits Pathways for enabling him to make that transition.

“He doesn’t want to sit around and watch video games,” she says. “He really wants to please and have a purpose.”

Mason makes his own lunches and helps her prepare dinner, do laundry and unload the dishwasher. Pathways has helped Mason learn life skills as well as providing training in math skills such as counting money, reading, cooking and science.

“Research shows that this population is more likely to experience regression academically and socially after leaving high school,” Scraper says. “It’s especially important to have social interaction that they’ve worked so hard to gain. We do science experiments that were classic experiences for neuro-typical students that some of our students missed out on (like dissecting a frog). We do fitness every day. They tend to lead more sedentary lives.”

“Pathways has given him a lot of purpose,” Walton-Brylczyk says. “I don’t have to worry about him here. Every parent wants that for their kid.”

For more information about all the programs mentioned in this article as well as how to apply, go to: 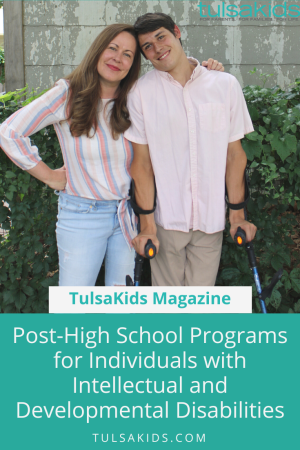 The “A” Word: Let’s Talk About Ableism

Is It ADHD or Something Else?