Beyond the worlds of diaper-changing and booger-wiping, there are many topics out there of which I know virtually nil. One of these topics is interior design. I know what I like when I see it, but I never know what to call it! Ten years ago when we were looking for a house in Tulsa, everything new seemed to go by the appellation “Country French,” a design which seems to want to trick you into thinking you are sipping a lovely Burgundy in your charming chateau overlooking lavender fields near Avignon instead of your yard in suburban Broken Arrow. And then everyone got sick of all the brown and “Country French,” so when we moved a couple of years ago, all the newest homes seemed to be white and Mediterranean-looking, as if you were not in fact three feet off Memorial Drive but actually sunning yourself on a palazzo overlooking the Aegean sea. So that’s the look we got, too! I guess I just follow the herd. What are the really trendy people looking for right now? None of these, apparently: what is hip right now are Mid-century Modern homes.

What is Mid-Century Modern

Now I’m so clueless I thought modern meant “today,” as in au courant, in the present. But Modern specifically refers to that post-World War II period when the soldiers came home and everyone started building homes for their new families. Mid-century Modern homes tend to be in close-in established neighborhoods. They tend to feature high-quality craftsmanship and features like mud-set tile, steel kitchen cabinets, vintage lighting and paneling. Other features might include sunken living rooms, free-standing fireplaces, flying saucer light fixtures and pecky ponderosa pine siding.

The mid-century was a hey-day of architectural inventiveness: homes might come equipped with a bowling alley or their own tiki bar in the basement! There were a great deal of suppliers and manufacturers during this period, resulting in lots of competition – and high quality. Perhaps it was shows like “Mad Men” which rekindled interest in Modern designs, notes Pam Kuebler of retrorenovation.com, or the desire for smaller, more affordable housing in great locations. Whatever the reasons, it’s hip to be Mod right now!

So how does Tulsa stack up in the Modern design world? Quite spectacularly, it turns out. There is a “ModernTulsa” organization which is part of the larger Tulsa Foundation for Architecture. ModernTulsa occasionally hosts tours of great examples of local Tulsa modern homes.

A recent “Mod of the Moment” tour showcased a home built in 1954 in the Lortondale neighborhood off 26th and Yale. The home features “open spaces, original mahogany paneling, casework and millwork, original parquet flooring, period-appropriate light fixtures, fireplace, original boomerang countertops and expansive glass along the back.” It’s truly a beautiful, light and airy home that is both cozy and sophisticated at the same time! 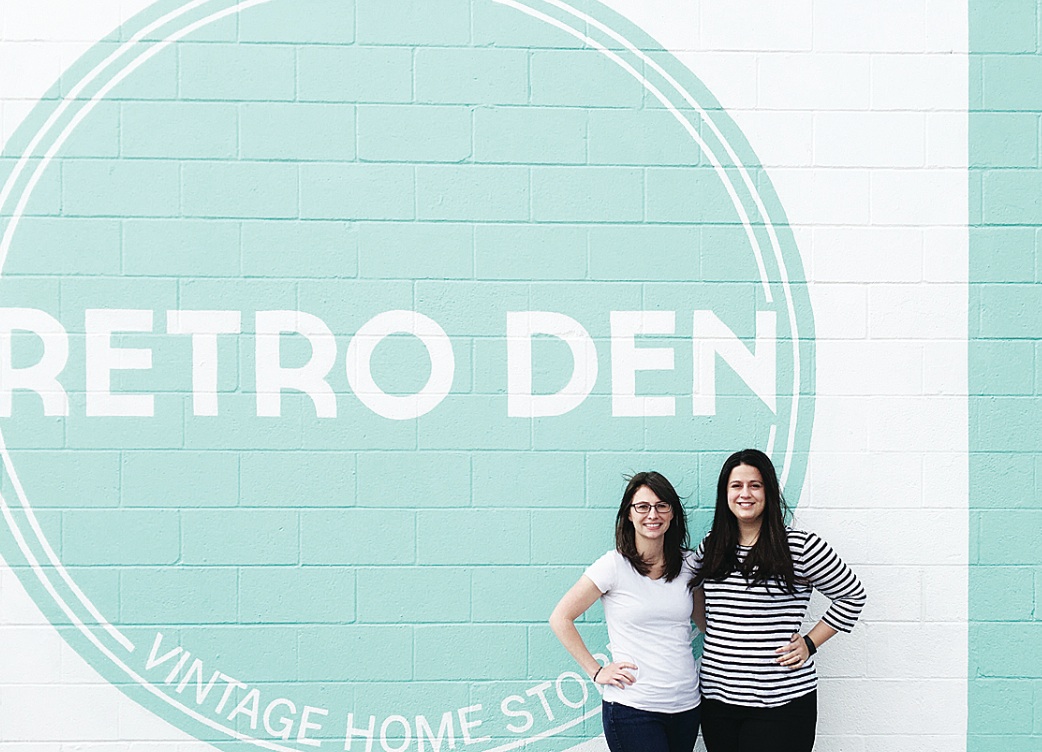 I speak to Ashley Daly (her partner is Ashley Palmer) at Retro Den, a vintage home goods and furniture store off Harvard near TU. Ashley thinks the current interest in all things “Modern” stems from the overall consumer trend toward a desire for shopping locally and searching out quality: consumers want healthful, local food, natural remedies and high quality craft beers. The furniture side of this desire for quality?  Educated consumers want well-made furniture that is not mass produced out of an overseas factory. They want clean lines and a living space that is organized, not cluttered and radiates energy and joy.

At Retro Den you can find some examples of Modern pieces which add character and history to your decor. Retro Den also features locally crafted furniture and homewares, as well as air-plants (these are amazing! Plants that grow without dirt — only water! Maybe even I can keep these alive!) and regionally grown succulents. Greenery, notes Ashley, lends so much warmth and color to a room. She explains that high-quality crafted furniture these days is often prohibitively expensive, so a used or vintage piece might help with the cost and still provide the same quality.

Ashley also gives some general design tips: try not to choose all old or vintage pieces, or your rooms will feel like your great-grandmother’s musty house. And if everything is new, there will be no soul or character to your home. A mix of well-chosen pieces, both old and new, works best. 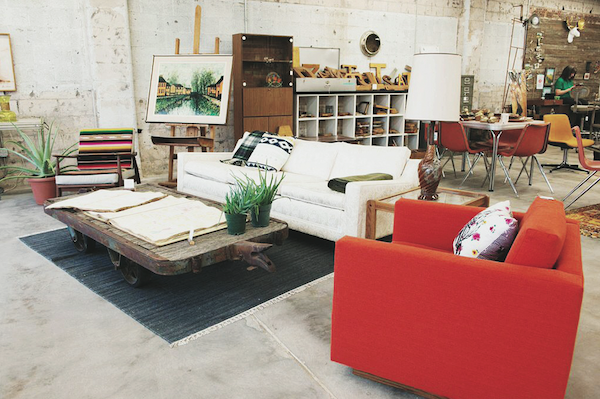 Then I speak with Maurice Powell, arguably the King of Tulsa Modern. He owns Mod50s Modern, a vintage store off Cherry Street. Maurice had always had an interest in architecture and design, but started out his career as a physical therapist. Ironically, his travels as a home health aide throughout the state supported him in his pursuits; he was able to combine shopping for antiques with patient visits!

After several years of collecting, and poring over the tome “Mid-Century Modern: Furniture of the 1950s” by Cara Greenberg, he had acquired enough stuff — at one point he had over 150 chairs! — to quit his day job and open a store. His sister shares a passion for vintage clothing, so the pair opened Mod50s Modern back in 1994.

He also admires Eero Saarinen, an industrial designer who designed the “Tulip Chair,” and was famous for shaping his neofuturistic style according to the demands of a project: simple, sweeping, arching structural curves. In fact, it was Saarinen who designed the Gateway Arch in St. Louis.

Maurice’s knowledge of influential designers around this period seems encyclopedic. He rattles off names almost faster than I can write them down. He notes that these high quality pieces from this era hold, or even increase, their value, whereas a similar “Danish-looking modern” piece from Ikea will be worth nothing once you take it home. 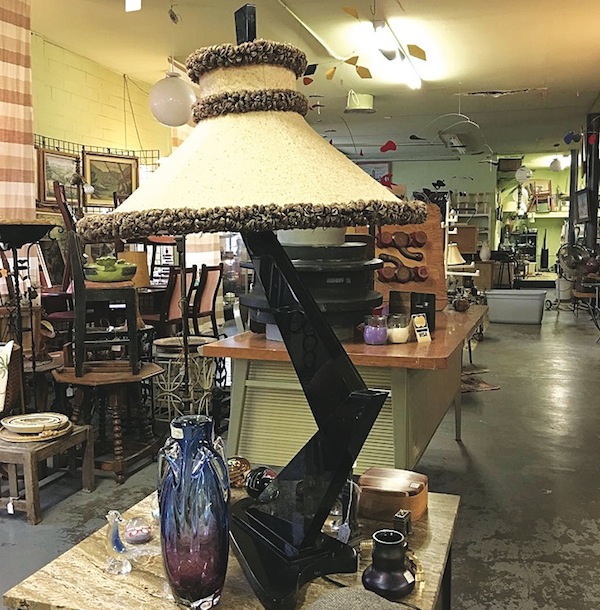 Maurice updates his Facebook feed constantly with his current finds and inventory; his store is a veritable treasure trove of finds, many priced in the $300-500 range.

And, if you want your clothing to match your vintage decor, check out “Deco to Disco,” a vintage Etsy shop owned by Maurice’s sister, Jennifer Taylor. She’s got a great selection of vintage 1950s and ‘60s clothing, housewares and accessories. Imagine wearing this velvet Mad Men-esque dress while hosting a ‘50s style cocktail party in your Modern home – such fun!

Her love of vintage came from playing with Barbies, probably an activity many of us remember fondly.  She was fascinated by the little pencil skirts with zippers, angora sweaters, tiny clutch purses, little stilettos, stockings, fur trimmed coats, flannel robes, straw hats and the sixties Mod ensembles. 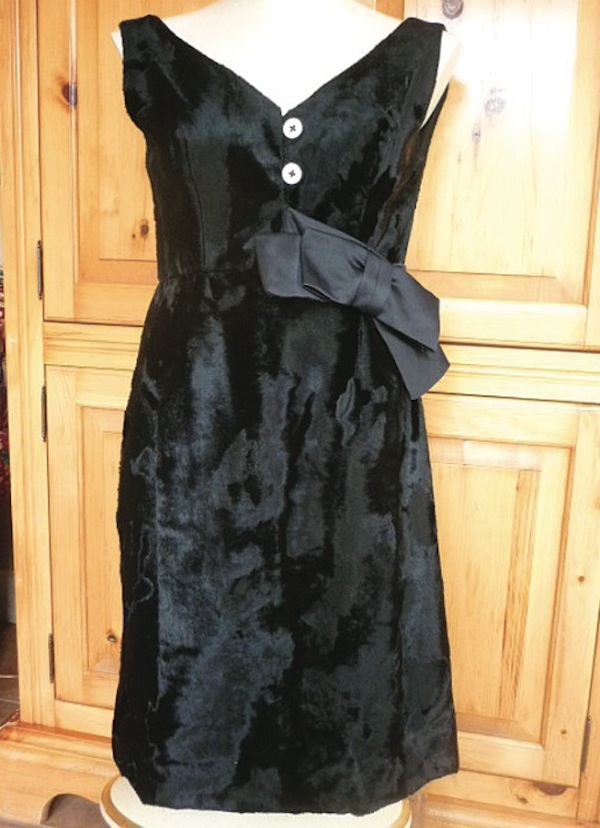 Who knew there was a fascinating realm of design lying beyond my comfortable world of new suburban construction? Maybe my next design project will be a little more interesting with this bit of dangerous knowledge!