Nnaka lost his walk but gained his talk 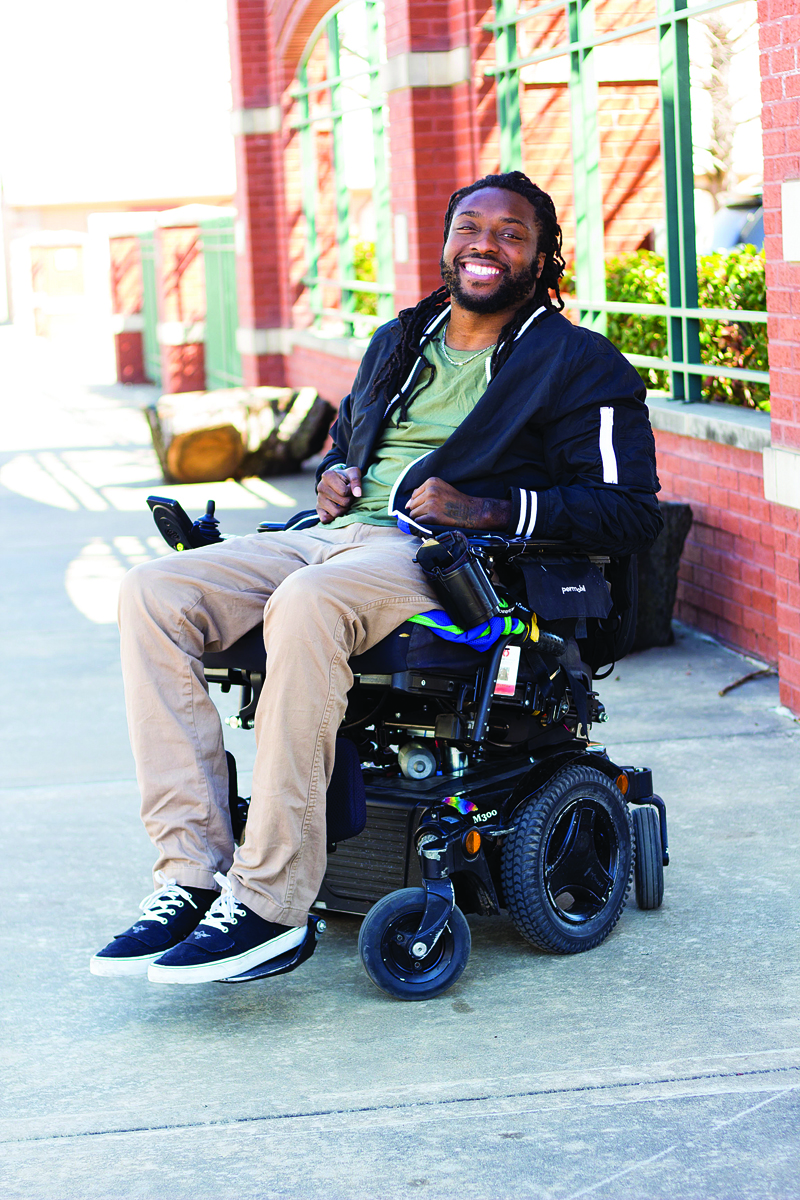 It’s been almost 10 years since Emeka Nnaka’s life changed in an instant. He went from being in optimal physical shape to suffering a neck injury during a football game that left him paralyzed and unable to walk.  After enduring a nine-hour surgery, 10 weeks in the ICU, and three months of intensive rehabilitation, he was released. Shortly after returning home, the difficulties he experienced adjusting to his new normal combined with self-pity caused him to hit the lowest point of his life.

However, he didn’t stay down for long. Nnaka quickly realized that he had two choices: to feel sorry for himself or learn from what happened and use it to better himself and others. Nnaka chose the latter. Now a motivational speaker and life coach, he carries a message of positivity and hope as he embraces life’s challenges and encourages others to do the same.

TK: What influenced you during adolescence?

Nnaka: When I was 13 years old, I lived in Nigeria for two-and-a-half years with extended family. It was an extreme culture shock. I realized that I took modern conveniences for granted, like video games, constant electricity and a washer and dryer. There, we hand-washed our clothes and hung them up to dry. This experience helped shape me into who I am today and develop a broader world view outside of my little bubble in the US.

TK: What brought you to Oklahoma?

Nnaka: After graduating high school in Georgia, I wasn’t hanging around with the best crowd. My parents really wanted me to go to Oral Roberts University. I reluctantly applied and, after I was accepted, I decided to go to gain a fresh start. My misconception was that attending a Christian school would make me a better person. I didn’t have any motivation for doing well academically, so I failed miserably. I learned that you have to want to be a better person on your own.

TK: How did football become a part of your life in Tulsa?

Nnaka: I was interested in football, but ORU didn’t have a team, so I joined a semi-pro football team outside of college, but my grades continued to suffer. I ended up transferring to Tulsa Community College to continue my education while playing.

TK: Tell us about your accident.

Nnaka: During a game in Arkansas, I’m on the field to make a play that I’d made a hundred times before. I made the play and we both went down. He got up, but I couldn’t. I could tell that something wasn’t right. Shortly after that, I was struggling with my breathing and couldn’t feel my legs. I was rushed to the hospital and found out that I had broken my neck. I underwent a nine-hour neck surgery and spent 10 days in ICU before returning to Tulsa for intensive rehabilitation.

TK: How did this injury change your life?

Nnaka: In the beginning, I couldn’t comprehend the severity of my injury. I believed that getting out of the hospital was the light at the end of the tunnel. However, I was in for a rude awakening. After giving my all during three months of rehab, I was discharged. I didn’t feel like I was ready to leave. I was supposed to walk out of the hospital, not be wheeled out of it. And so I began my life as a person with a disability.

TK: Where was your mind after being released from rehabilitation?

Nnaka: That started the hardest seven months of my life. I was struggling to embrace my new normal. I wanted to be prosperous and successful, but I had no idea what to do. I felt like my hopes and dreams had been put on hold. I put my former life on the shelf and watched it expire before my eyes.

TK: How did your life change after your release from rehab?

Nnaka: After several months of experiencing self-pity and asking questions that I couldn’t answer, a friend invited me to volunteer with a youth group. One of the greatest things that I encountered was the curiosity of children. These kids asked me genuine questions that chiseled me down. I had to reflect inward and face what I was feeling. Through this, I knew that a disability would not stop me. I got further involved in my community by serving at the Tulsa Area United Way. After a couple of years, I went back to school and got my undergraduate degree and just recently earned a master’s degree in Human Relations with a focus in Clinical Mental Health Counseling. During graduate school, I studied the science of hope and learned the importance of generating it in our own lives.

Nnaka: After three years, two of the boys who were in my first small group went to college. One day, we were together and they expressed appreciation for my presence in their lives. They even went so far as to acknowledge their thankfulness for my injury because it brought us together. That moment changed me, something clicked. I realized my life was not just my own. I had found purpose in my pain, and it wasn’t for myself.

TK: Recently you were on the Ellen Show and she referred to you as the “Amazing Emeka.” What do you attribute that experience to?

Nnaka: I hit a point at the end of 2018 where I had experienced several hardships within weeks; I wrecked my van and lost my source of transportation; my dad and caregiver broke his ankle and wasn’t able to physically help me; and my apartment complex caught on fire. Ellen heard about all of this and invited me to the show. While on the show, I was awarded $100,000 from Cheerios who is encouraging one million acts of good with their “Generation Good” campaign. With the money, I got a new van and named it “Ellen.”

TK: What is next for you?

Nnaka: I might have lost my walk, but I definitely gained my talk and now use that to help inspire others. Everyone will experience pain and hardships. Nobody escapes life unscathed. Even if you have been broken, it doesn’t stop there; it’s how you handle what happens. I am using my life as a message of hope and helping others understand that they are stronger than what they realize.

Nnaka has made it his mission to inspire, encourage and ignite hope and determination in others to embrace their lives regardless of their circumstances. He is a motivational speaker and personal life coach. To find out more about Emeka, visit his website at www.emekannaka.com. You can also find him on Instagram @emekannaka.

Fathering our country — and a 2-year-old