It feels like 2017 is a heavy year. In another attempt to step out of my comfort zone, I decided it was time to try something new. In December Ediblend closed their location by St. John’s for two weeks while they finished their new location in Utica. During those two weeks I realized how much Ediblend had become part of my daily life. I am the first to admit I drink too much coffee and do not consume enough veggies. Ediblend is a local stop for the perfect blend of what your body is needing.

After I missed them for two weeks I also realized I created a series of awful snacks that I go to when I am starving. So I did it. I decided to dive into a one day cleanse. Yes I know there are 3 day options also. But for me just saying out loud, I will do a 1 day cleanse, made me feel nervous.

But there was no turning back once I told my friends and family! I decided to let everyone know who would see me on my cleanse day in case I was acting “special.” Or shall I say more special than usual. 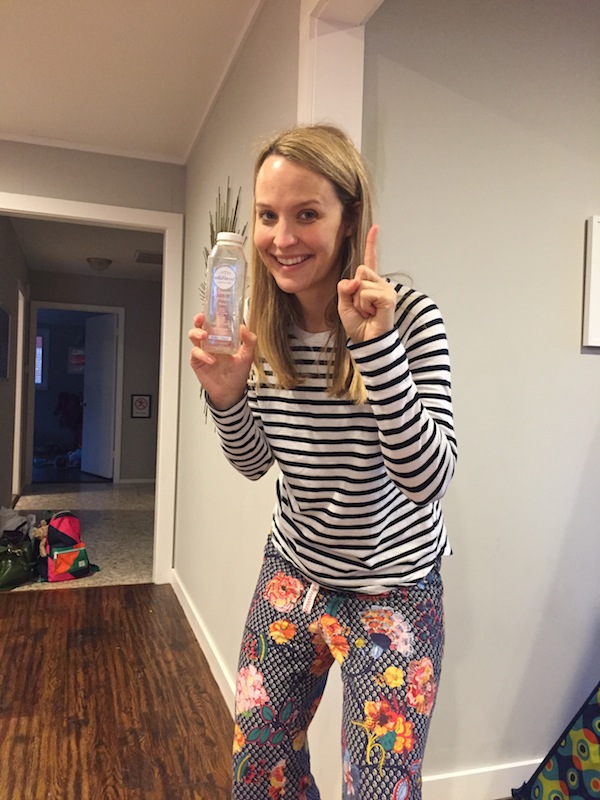 When I picked up my blends I loved that everything was typed up. All I had to do was carry my bag around filled with my drinks. They also allow a few almonds and a kale salad for dinner. My fears about doing a cleanse that my stomach would be ripped to shreds and that I would be dizzy. Glad to report both of those fears did not come true. 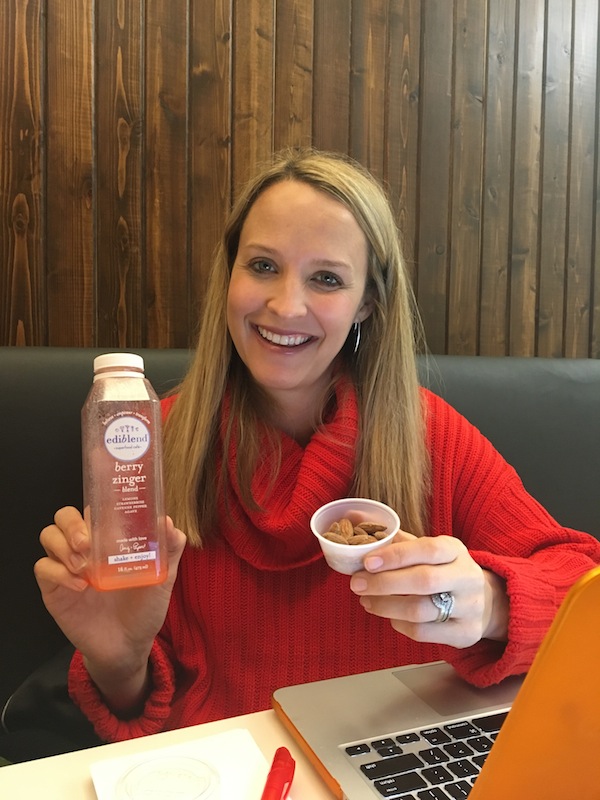 Starting my day bright and early I was still nervous realizing how many hours I had left to pretty much just consume blended veggies and fruits. After the first two drinks I realized this may not be so bad. I did have to pee an excessive amount. But besides that I was rolling. The day was filled with meetings, kids activities and the usual wild life of a mom of almost 3 year olds.

I would start getting hungry 10 minute before my scheduled time to have a blend. It was impressive how my body synched up to the schedule for the day. Now those 15 or so almonds I got to have I savored like they were donuts covered in chocolate. And that Kale salad to end my day was a treat. Out of all the blends I liked each one besides the one that contained beets. I do not care for beets in any form. The biggest thing I took away was being more aware. More aware of how awful I have been eating! And that I would just eat a stack of crackers out of convenience. 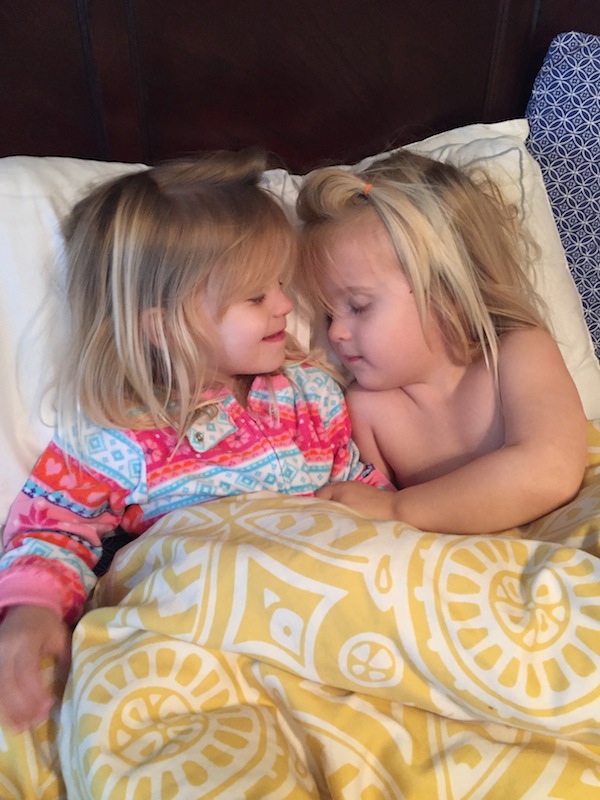 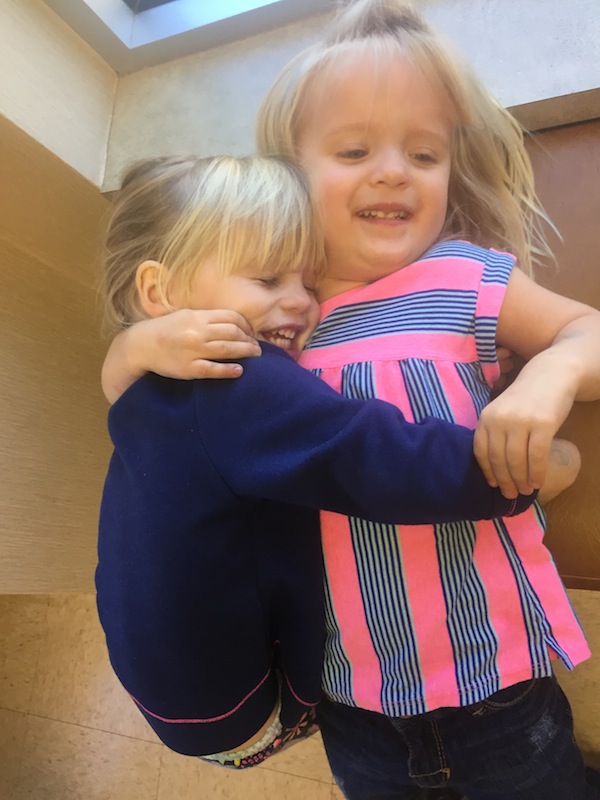 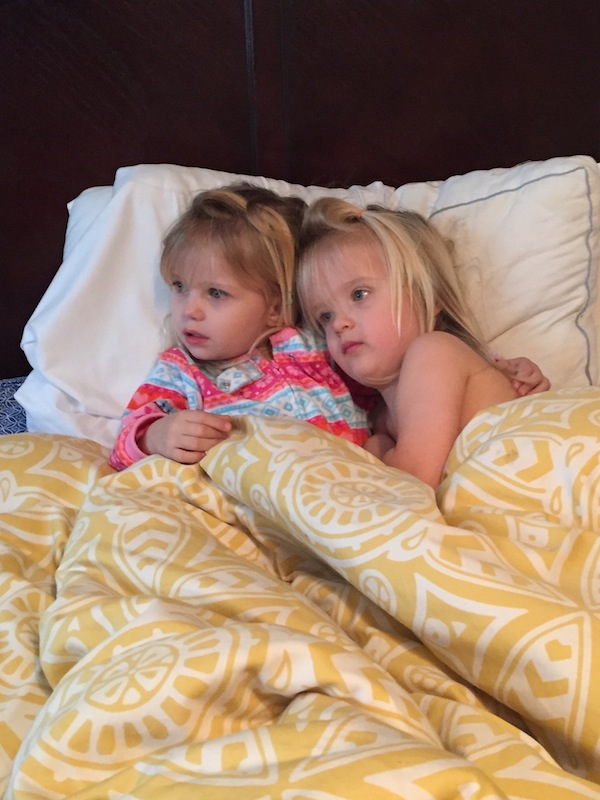 Now that was nice to have a change of pace in a month that has been filled with so much political tension in the world. It all makes my heart heavy. But lately the girls are all about cuddling with each other more and being even goofier than normal. Which in a way is how I would like the world to be right now. Hug someone and spread the kindness all around.