When to Seek Help for Children with Mental Health Issues 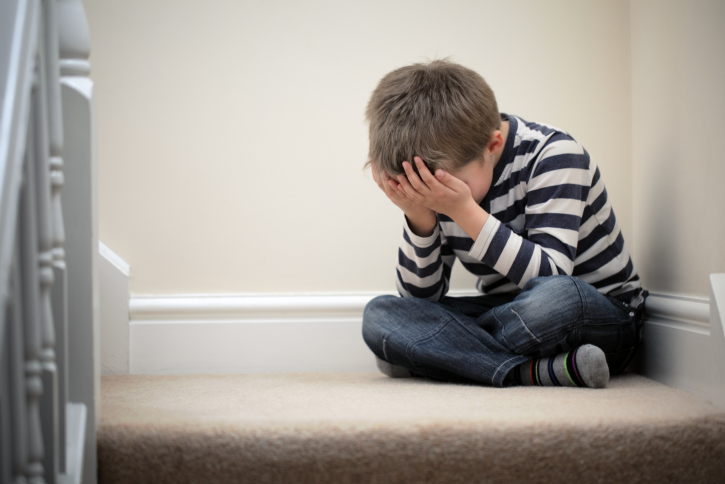 Five to seven o’clock in the evening during the weekday can be a tough time for parents and child. A typical 5-year-old has had a busy day: rising from bed early, a full day at kindergarten, soccer practice and finally home in time for dinner.  And just as he is nestled on the couch watching a video, the dinner bell rings. A smile and giggles can immediately change to a frown and tears, or even a mild tantrum.

A child’s tantrum can turn a peaceful setting into noisy, but usually brief, chaos. Mild tantrums are a part of a young child’s repertoire of moods, and one every now and then is considered “normal,” especially when a child is frustrated, angry or tired. It is common for young children to refuse to cooperate during daily routines such as mealtime, bedtime or getting dressed. And a change in environment or routine such as the birth of a sibling or the beginning of a new school year can cause a child to become anxious and react emotionally.

But, what if a child’s emotional outbursts happen frequently both at home and at school? What if a child hurts another child or herself during an outburst? How can a parent differentiate between what is typical behavior for a young child versus early signs of mental health issues such as anxiety disorders, attention deficit and disruptive behavior disorders, autism or mood disorders?

Sara Coffey, D.O., assistant professor in the Department of Child and Adolescent Psychiatry at the University of Oklahoma-Tulsa School of Community Medicine, says nervousness and anxiety for a child during new experiences such as the first week of school is typical.

“However,” she said, “if these symptoms persist and are to the point that they are becoming excessively disruptive, this becomes a problem and warrants an evaluation.”

According to an American Academy of Child and Adolescent Psychiatry, signs of abnormal behavior in young children that warrant a parent seek a professional evaluation for their child include:

Undiagnosed and untreated mental health issues in children can magnify as the child ages. By the time a child is in middle school, problematic behavior can become threatening to the child, their siblings and peers and their parents.

If parents are unsure if their child should be evaluated by a mental health professional, a meeting with the child’s teacher can offer insight into the situation. Teachers spend many hours with a child during the school day and observe them in social situations as well as how they work and handle the stress a school day demands.

Dr. Coffey recommends parents set up a meeting with their child’s teacher rather than try to discuss the topic in a casual setting. “Teachers often have specific times that they are available to talk with parents about a child’s behavior or academic work,” she said. “It is more beneficial for a parent to set up a time to discuss their concerns rather than trying to quickly have it addressed during drop-off or pick up.”

Another option is visiting the child’s pediatrician who can examine the child to rule out physical reasons that might cause a child to exhibit difficult behavior.

Bringing up specific concerns to your pediatrician can be helpful, says Dr. Coffey.  “Your pediatrician will want to know the frequency of these concerns, how long they have been going on, what you have done to address them, as well as how troubling or disruptive they are. “

A child’s pediatrician, Dr. Coffey says, can then guide a parent to a child and adolescent psychiatrist who can meet with the parents and conduct the appropriate mental health evaluation on the child. “They usually interview the child and ask the parents about the child’s previous health and behavior. They may also ask about how the family gets along together.”

Based on the evaluation, a psychiatrist may, according to the American Academy of Child and Adolescent Psychiatry Facts for Families (2012), provide or arrange for brief counseling to help the child and parents with minor developmental problems, stressful life situations or difficulties due to the child’s temperament. If the evaluation reveals a psychiatric disorder, the psychiatrist will recommend a specific treatment program.

Dr. Coffey recommends a parent allow, if possible, that a child diagnosed with mental health issues be included in school and playtime activities. “However, there might be some activities that could be modified to better support a child’s classroom experience. Working collaboratively as a family with treatment providers and the school system can be most helpful to ensure a child’s needs are met and everyone is on the same page with how a child is doing.”