Nonfiction numbers you should know

Some of the most interesting children’s books can be found in the nonfiction section of the library – but only if you know how to find the good stuff!

While it looks complicated on the surface, the Dewey Decimal System, used by the Tulsa City-County Library and most other public libraries to organize nonfiction, is actually simple and elegant.

Consisting of 10 broad categories, Dewey assigns a number to each possible topic. Books are then sorted by number so that all of the books on one topic are stored in the same place. When you know the numbers for your child’s favorite topics, you’ll be able to find intriguing nonfiction quickly and easily no matter which library you visit.

Want to find amazing books in the children’s nonfiction section of your nearest Tulsa library branch? Check out these nonfiction numbers every parent should know:

This one sounds stodgy, but keep in mind that weird trivia, such as the Guinness Book of World Records and Ripley’s Believe It Or Not, fall in to this category. Many children who wouldn’t read a novel half that size will avidly read an entire record book, one macabre fact at a time.

And we’re not talking about fictional ghost stories. The books in this category are of the unexplained-phenomena, unsolved-mystery, what-really-happened-that-night variety. Spooky stuff for curious minds.

Fairy tales in nonfiction? How does that work? Well, once upon a time (see what I did there?), all books of every kind, including fictional stories, were classified in the Dewey Decimal System, but as novels became more popular, they quickly outgrew their assigned number. Thus the fiction section was born! Meanwhile, fairy tales are still shelved in the nonfiction section, where they continue to live Happily Ever After.

Dust off that old telescope from the attic and get some use out of it! Let the books from the 520s tell you how! Learn about stars and constellations, planets and the phases of the moon.

Every bit of the 590s has something fun in it, with mammals under 599, sharks under 597, and ocean life under 593, to name just a few. Whether your child loves turtles, snakes, birds, or big cats, the children’s section has the books to fascinate your budding zoologist! Ask a librarian for the specific number you need.

This is where you’ll find cars and trucks and things that go (and I’m not talking about the classic picture book by that name from Richard Scarry’s Busytown). Racecars, rocket ships, muscle cars, and monster trucks – they’re all here under 629!

Oh, crikey! (Say it in your best Steve Irwin voice.) Is this librarian really recommending books on animal husbandry? Not really. Most of the books in this section cover various domesticated animals, including cats, dogs and other popular house pets. Check out a book on keeping fish, raising a parrot, or the care and feeding of iguanas.

Your baby artist needs to start somewhere, and the drawing books in the children’s section are just the thing to occupy a summer afternoon. How to draw animals, superheroes, cars, monsters, or create your own comic books – the library has it all!

Say, how many American Miscellaneous Writings does it take to change a light bulb? I don’t know, but if that light bulb joke exists, it’s going to be under 818 because that’s where we keep the joke books.

Need more inspiration? Don’t see your child’s favorite topic listed here? No problem! Ask your local librarian, “What’s the Dewey number for that?” and we’ll hook you up! 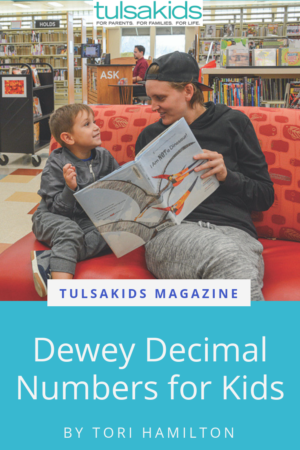