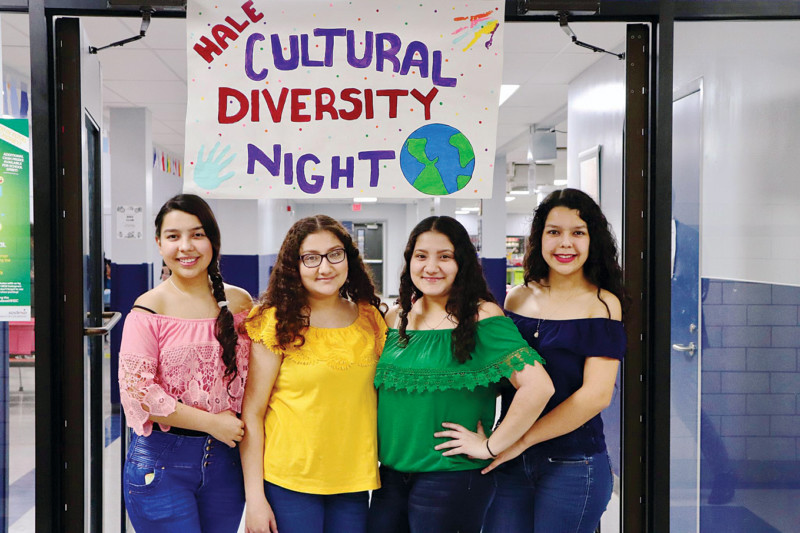 Like most people, Nathan Hale junior Emily Lara had a fear of speaking in public. Despite her fear, she had a strong desire to have an impact at her school. When she discovered the Tulsa Changemakers program in fall 2018, she was able to learn public speaking skills and support her school at the same time.

“I met the coach and she told me about Changemakers and encouraged me to get in it, and then I decided to join because I was afraid to talk to people. I thought it was going to be good opportunity for me to help the school and the community,” Emily said. “It allowed me to help make a positive impact in the community and also gave me more opportunities to get involved in a leadership program.”

Tulsa Changemakers started in 2016 and is committed to empowering youth leaders to drive positive impact in the Tulsa community to create a model city for youth influence. The program was a collaboration between Andrew Spector and Jake Lerner, two teachers who had moved to Tulsa from the east coast as part of the Teach for America program.

“We were just struck with the same two experiences when we moved here. The first one was feeling incredibly welcomed by the Tulsa community…the people, organizations, businesses and non-profits were communicating to us in one way or another that ‘you are valued, you are appreciated – please stay here, how can we connect you,’” Andrew said. “The second experience we both shared was going into our classrooms and being deeply impressed by our students. Our students were bright, they were socially minded and they had leadership skills that rivaled adults we knew. We just came really struck between this juxtaposition of the experience of these outsiders to Tulsa and the experience of our students, the insiders. As insiders, they have unique experiences and perspectives growing up in their schools and communities that Jake and I can’t have or ever have and because of that, they are better positioned to be the changemakers in their schools and communities.”

“So, the question for Jake and I became what can we do to position the young people (as young as 10 years old) in our classrooms to drive real measurable, sustainable impact in their schools and communities right now. And in doing so, prepare them for lives of leadership in the future as well,” Andrew added.

At the end of their first year of teaching in Tulsa, Andrew and Jake brought together a few students from their classrooms to 36 Degrees North downtown and conducted a workshop. Jake had some background in design thinking from leadership workshops when he was a student at the University of Pennsylvania and Andrew had experience with community development. They ran a workshop focused on leadership skills, design thinking and community development and challenged the group to complete a root cause analysis.

“One of my favorite stories from the day – one of my students and one of Jake’s was really frustrated about vandalism and graffiti in their schools and communities. They found that a foundational cause for vandalism and graffiti was because people didn’t have enough places to publicly express themselves, particularly young people. And they thought a foundational solution was more public art spaces, which was a pretty cool idea,” Andrew said.

Now in its third year of programming, Tulsa Changemakers has grown to 16 school sites in the Tulsa and Union school districts (eight elementary schools, five middle schools and three high schools) with 16 coaches who are also teachers at their respective schools. Each coach supports three to six students at each site, and they meet twice a week after school for one semester. As of the end of the fall 2019 semester, Tulsa Changemakers now has almost 300 alumni members.

“They go through a process called Listen, Listen, Act where the Changemakers will start by listening to themselves and honoring themselves as experts in their communities. The second Listen is to peers, family, community members, etc. Then to Act based on the listening,” Andrew said. “Changemakers set SMART goals and objectives, do a small impact project to make a difference toward a larger topic area, evaluate its objectiveness and they prepare to share about it a public Pitch Night to more than 200 people.”

Emily’s project for Pitch Night was a Cultural Diversity Night. The goal of it was to get as many students as they could involved in it and to give them some knowledge about other cultures and traditions, typical foods and dances to make a positive impact.

“On Pitch Night, I was very afraid because this was my first time talking to people, so I did it bilingual – my two cousins did it in English and my sister and I did it in Spanish. At Pitch Night we even got $500 from an audience member that allowed us to host a second night,” Emily said.

“A lot of people really enjoyed it. We had a lot of people say positive comments about it and a lot of students came up to me and asked me when we were going to have a cultural diversity night again. That really helped the school get involved together with students and teachers… even our principal liked it a lot. She said she would like this to become a tradition at our school,” Emily said. “We decided to have another one this year because it really helped the students get involved more. For the second one, we asked students what they would like to have at the next cultural diversity night, and they said more food, more dances, more flags and more art. It was such a great experience.”

“Leadership Tulsa’s mission was almost word for word for what we had drafted for our program. Leadership Tulsa was just the right fit. Through Leadership Tulsa, we have access to over 40 years of wisdom, connections and credibility that we can then give to students,” Andrew said.

“We meet once a month and get to interview people one on one about school safety and other school issues that we have,” Emily said. “I really like this program as much as Changemakers because it is just incredible how youth power is important to people and our voice gets to be heard by important adults who are helping the community. We are the voice for the future.”

In 2020, Tulsa Changemakers has goals of expanding the number of school sites to 30 and building upon training and consulting to expand the program’s impact in the community.

“We just see that the work we’re doing is so foundational to our democracy. By investing in young people as young as possible, we can create a future that we want to see. Youth who are making real, measurable impact in their community and communities are actively engaged with supporting them, and that’s the model city for youth to make an impact,” Andrew said.

In addition to her studies at Nathan Hale and being a member of the Superintendent’s Student Cabinet, Emily is studying cosmetology at Tulsa Technology Center. She looks forward to attending Tulsa Community College and is interested in physical therapy.

“I just want to encourage teenagers to take the next step to have a better community and get involved in an awesome leadership program because to me, teenagers are the future,” Emily said.

Tulsa Changemakers believes in the youth of the local community and views them as critical assets to transforming the Tulsa area by cultivating leaders to empower future generations.

“If we’re not investing in youth, the community is missing out on a real opportunity – Changemakers are making a real long-term, sustainable, meaningful impact in their schools and communities right now. Youth really are the greatest untapped resource in Tulsa and Oklahoma and around the world. Young people with incredible skills and insights have so much to offer. What we’ve seen is that incredible things happen,” Andrew said.

For more information about the program, please visit www.tulsachangemakers.org. 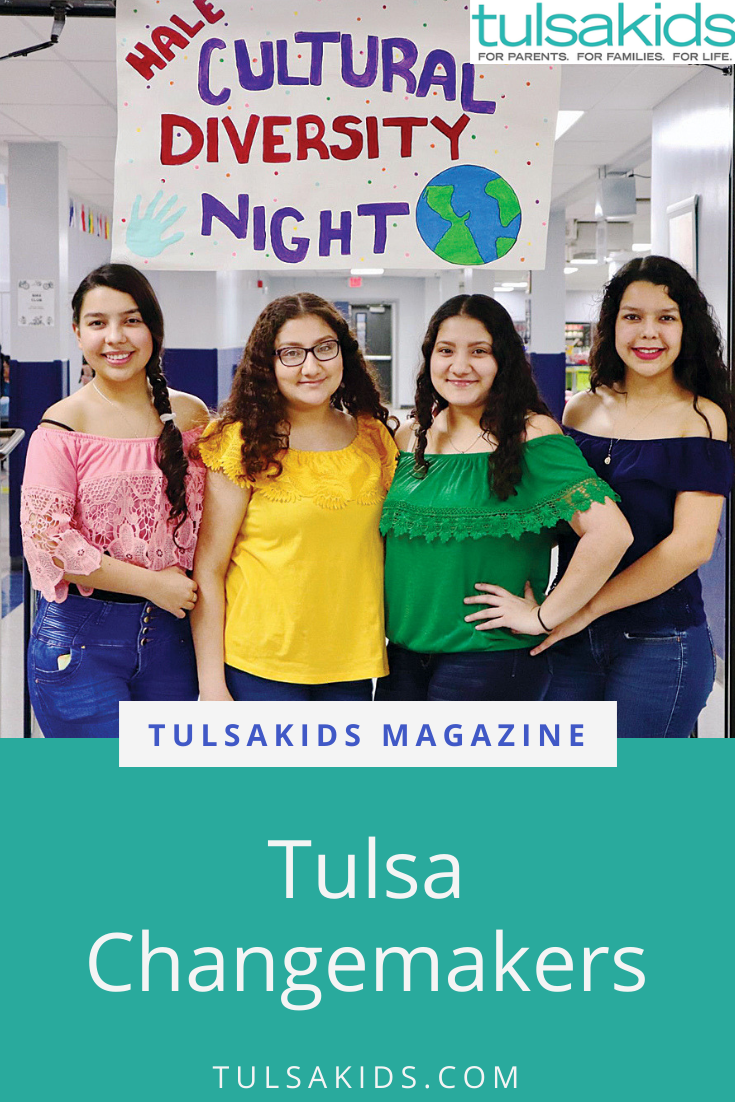