Following a tragic accident, a family wants others to understand the dangers of tiki torch fuel.

In June 2009, Bettsy Bumpas and her family were celebrating her son Jhonethyn’s 2nd birthday at a campground. What was supposed to be a happy outing with extended family turned into every parent’s worst nightmare.

Bettsy said they had purchased tiki torches and tiki torch fuel with citronella to keep the mosquitoes and flies away from the campground. At the end of the day, Jhonethyn was in a tent with older family members while Bettsy went to say good-bye to other relatives who were leaving. In the short interim, Jhonethyn left the tent and ingested a tiny amount of the tiki-torch fuel that was sitting on a picnic table. Bettsy said she had checked the childproof lid to make sure that it was closed. Even though the family immediately called Poison Control, and worked quickly to get Jhonethyn to the hospital, he was gone in a matter of three or four hours.

The Bumpas family wants to warn parents about the dangers of the torch fuel so that no other families have to endure the pain of losing a child in such a way. According to the American Association of Poison Control Center’s data, the number of children younger than 6 years of age exposed to lamp oils (which includes torch fuel) was 15,445 from 2002 to 2009. 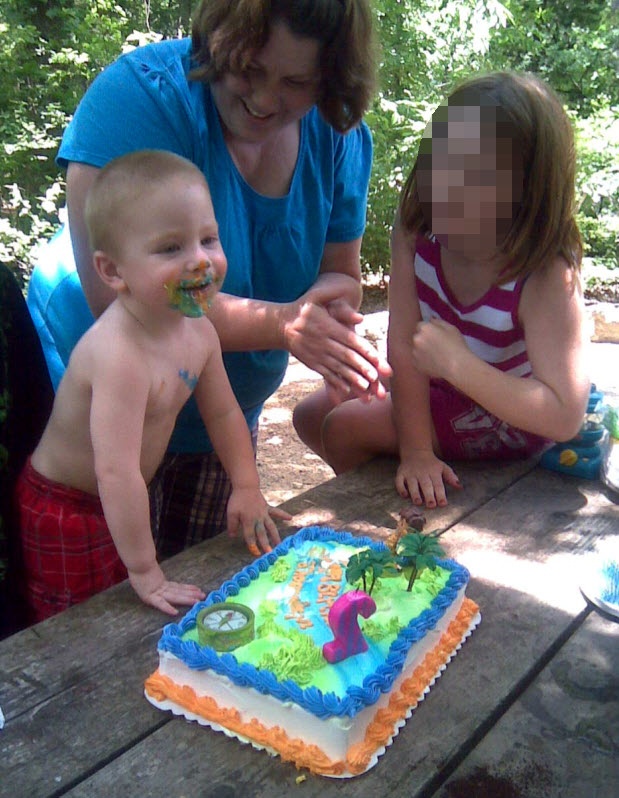 “The problem is that the fuel is just kerosene with citronella added,” Bettsy said. “It’s not packaged at all like kerosene or gasoline. It looks like apple juice or white grape juice [in color and in packaging].”

Patrick Carr, a Tulsa attorney who represented the Bumpas family and is representing two other families, said that young children are attracted to the plastic bottle, which resembles juice bottles, and the high-contrast, cheerful labeling. “Young kids seem to be attracted to the packaging in all of these cases,” he said. “They actively go to the bottle.”

Rather than putting the fuel in an attractive container, Bumpas said manufacturers should put it in an opaque metal container with plain labeling like other dangerous fuels. And, even though the tiki fuel has a childproof lid, the plastic container can swell in the heat, allowing the lid to be easily removed by a child.

The Bumpas family has petitioned the Consumer Product Safety Commission to get the packaging changed, but it’s a long process, leaving other children in danger in the meantime.

Carr believes that tiki-torch fuel should be banned altogether. “Requiring manufacturers to change the packaging would help,” Carr said, “but torch fuel has no useful purpose.”

“It’s not expensive to change packaging,” Carr said. “It would either cost nothing or about one cent per package, but they don’t want to lose a marketing edge. They put profits over people’s safety.”

Both Carr and Bumpas recommend not buying the fuel at all and, if you do have it at your home or cabin, to get rid of it. Carr also cautions parents to find out if torches are being used at parties or camping trips that their children might be going on with friends or relatives.

“We want people to know the dangers,” he said. “Reported incidents spike up this time of year.”