The Engineering Alliance for the Arts Mentors in Tulsa 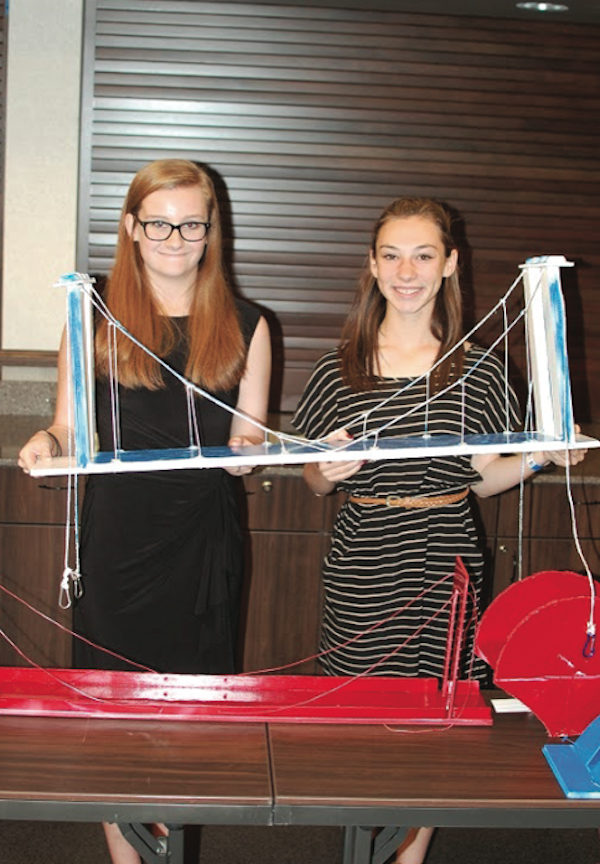 The Engineering Alliance for the Arts (EAA) was founded in the San Francisco Bay area in 1999 and quickly spread to other schools in the area. The organization expanded to Tulsa’s Union Public Schools last year, and it is the first EAA program executed outside of California.

“It really started with Laura Whitehurst who works for EAA, who is from Tulsa originally, said,  ‘lets try it in my hometown.’ David Schoell of Wallace Engineering, who is the head of the EAA program at Union.

EAA puts mentors in classrooms once a week where they work with students on many projects that ultimately result in a model bridge design. The program targets 10th grade students and introduces them to a variety of different design careers with a focus on engineering and architecture.

“We purposefully seek out basic level classes,” Schoell said. “No AP or Honors, so we are exposing students to different ideas and careers.” This year’s program met during two physical science classes and an art class during the spring semester.

While students do three class assignments, the main focus of the program is the model bridge. Students were given two different scenarios to choose from, and then were asked to design their own versions set to scale. Scenario 1 was a Pedestrian-Cycle Bridge over the Thames from Pimlico to Nine Elms, and Scenario 2 was a six-lane vehicular bridge with pedestrian and cycle access over the Anacostia River in Washington, DC. Twenty-five student teams competed, with 17 choosing scenario 1 and eight choosing scenario 2.

Students Megan Loyd and Joran Chapman explained that they had been working exclusively on the design for their bridge, called the “Hangerburke” for over a month. Once they chose which scenario they wanted to compete in, they formulated their plan and kept adding elements.

“We learned time-management, and planning and organization like we never had in any other class,” they said.

While some students are naturally more passionate than others about participating in the program, the overall reaction is positive.

“We had one student who was actually failing the class when we got there, but because of their participation in the bridge project they were able to pass,” Schoell said.

The program has also sparked an interest in engineering for a lot of students, including Roberto Bolizaire. “I didn’t really know what all went in to being an engineer,” he said, “but I really enjoyed the designing and the building of the bridge.”

Even for those who do not have interest in building the bridge themselves, the project builds a variety of strengths and skills. Students must explain the design of the bridge in a written portion, as well as do an oral presentation in front of four qualified judges. “It actually has been approved as part of the Common Core curriculum in California,” Shoell said.

Ultimately, it’s the volunteers who mentor the students throughout the semester that are the real influence, not the product that the teens make.

“It’s not about ending up with a fancy looking bridge,” Schoell said. “It is really about engagement with design professionals.”