A help or hurt approach

My son is a compulsive tattler. This sweet, innocent little 5-year-old has no shame when it comes to calling people out, and very often it’s not just other children or his older sister. He tattles on his dad for “hurting his feelings” when he is told no, then he turns around and tattles on me to his dad for the same thing. He has even tattled on other adults – some just strangers we pass at the store – for smoking because he’s heard me say that it isn’t healthy for your body. 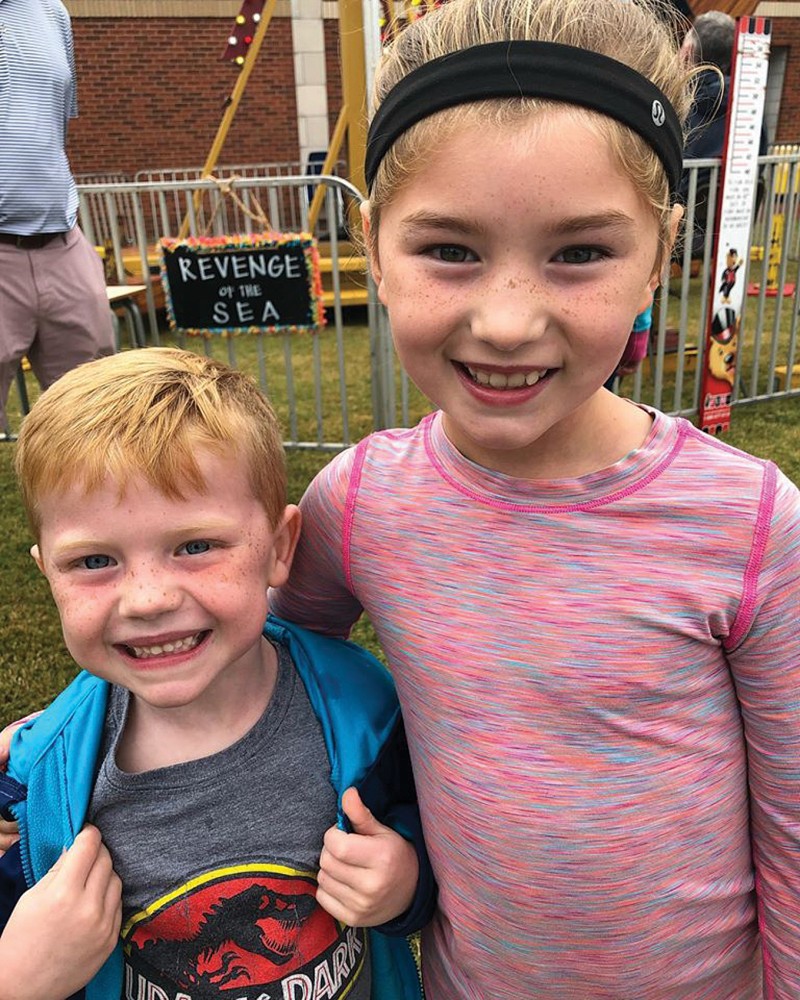 In general, this type of tattling doesn’t bother me as much as the constant tabs he keeps on his sister. After all, smoking is bad for you people! However, nobody likes a tattletale, and I don’t want my little informant to spend his life isolated from others. So is there a healthy amount of tattling, and how can I teach these tattle boundaries?

The American Academy of Pediatrics (AAP) has a plan to help tame tattletales. The AAP acknowledges that tattling is perfectly normal behavior for preschoolers. It’s during these early school-age years that children begin to develop social skills, specifically in relation to their peers. Children this age also have a strong and very literal idea of what is right and wrong, and they expect everyone to abide by the same set of rules. When these rules are perceived as “broken” by others, this can lead to tattling.

Children psychologists agree that there are many reasons why young children tattle, and before you begin working to prevent it—it’s important to understand the root cause:

Are they doing it for attention? Sometimes tattlers just want some recognition and may think that they can build their own status by making someone look bad.

Is it about power? Some tattlers like to be in charge, which is often the case for my daughter when she tattles on her younger brother for eating an extra cookie and leaving his toys out. She just likes to keep him, and sometimes other kids, in line.

Are they strict on rules? Most often, though, tattling is simply children noticing that others aren’t following the same set of rules as themselves. Since they hold this very literal view of the world around them, as their cognitive development cannot recognize abstract reasoning yet, they expect all rules to be inflexible.

Of course there are benefits to having kids who sing like a canary about every offense. We want our kids to report when there is a potential problem and for them to know that intervention is sometimes necessary, especially in the case of bullying or abuse. The AAP says that’s the key to teaching kids about tattling—explaining when it’s appropriate to blab and when it’s better to keep quiet, or tattling versus telling. When explaining this difference to kids, teach them that tattling means that they are trying to get someone in trouble, while telling means that they are trying to help.

Putting this lesson into action means talking it out. The next time my son comes to tell me something his sister did, I can simply ask, “Are you telling me about what your sister did to help her or hurt her?” If he says he wants to help, we can assess whether there is really a need for assistance or how he can take control of the situation himself without my help. If he says he wants to hurt her or get her in trouble, then it’s time for a talk about how tattling to hurt others isn’t acceptable.

Teaching this help or hurt approach will slowly help your child learn the difference between tattling and telling on their own. Just make sure you also teach them that they can always tell you anything that makes them feel sad, uncomfortable or scared. And if they point out poorly behaving adults in the meantime, let it go…they probably deserve it. 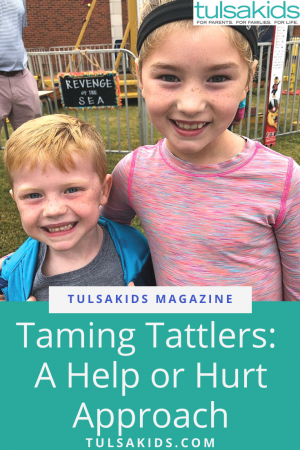