The importance of field trips to art museums and performances.

Field trips are among the greatest opportunities for teachers to not only provide students with a unique and memorable experience, but also fulfill a school’s primary mission: to educate.

Just about any destination aside from perhaps the mall offers some inherent value, but arts-focused locations such as museums and the theatre are particularly beneficial.

“The truth is that there are educational programs offered at just about every cultural institution you can think of, and maybe some people aren’t aware of that and they think school is where education happens, and a museum is where you go with your parents on the weekend,” said University of Missouri Professor Brian Kisida. “I would say many of these cultural institutions commit about a third of their resources to providing educational programs, and these are often available for free or heavily subsidized prices for students to take advantage of.”

From Gilcrease and Philbrook Museum to AHHA and the Woody Guthrie Center to downtown’s Performing Arts Center, Tulsa boasts more than its fair share of prime field-trip destinations.

Alongside University of Arkansas Professor Jay Greene and Texas A&M University Professor Daniel Bowen, Kisida published a 2014 piece centered on the educational value of field trips. The study involved randomly assigning about 11,000 students to go on a field trip to the Crystal Bridges Museum of American Art.

Earlier this year, Greene and several others published a study in which about 1,500 students were randomly assigned to see a live theater performance. Across both experiments, the researchers found that these out-of-school arts activities appear to have significant effects on students’ knowledge and values. Specifically, these trips seem to increase empathy, social perspective, and tolerance.

“We think the reason is students have quite limited worlds in which they see things, and these activities are windows to a much broader world,” Greene said. “They may get a glimpse of it and get a greater appreciation of and acceptance of that broader world.”

According to this year’s study, students randomly assigned to see a play learned the plot and vocabulary of that play much better than if they had just read the story or watched the movie version.

These professors have not conducted any studies on the effects of arts organizations visiting the schools themselves, but Angela Watson, one of Greene’s fellow researchers at the University of Arkansas, said there’s an intangible quality to students going to “sacred places.”

“Kids come to the art museum and not only is it just this huge house full of art, but it’s also a great architectural wonder of its own,” Watson said. “So coming to the ‘special place’ to see the special thing makes it feel more important and makes the students more engaged.”

Additionally, she theorized that students who perform in their school’s arts classes are more likely to be engaged in the whole curricular process because they are doing something they enjoy during school hours. 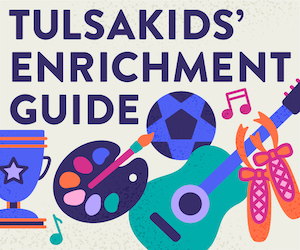 Although wealthier families may take their children to these cultural hot spots after school, less advantaged families are not as likely to visit these places unless the school provides field trips. Unless schools attempt to level the playing field by offering visual and performing art experiences, students from less-advantaged families may show a deficit when it comes to “cultural capital.”

However, according to Greene, students are generally going on fewer field trips these days.

“There are security concerns and safety concerns, but the educational theory driving it is the belief that the way students will perform better on math and reading tests is to have more seat time in math and reading classes,” he said. “So every minute not doing that is a minute taken away from math and reading, and that makes arts-focused field trips much less interesting to school administrators because they don’t believe it will help them on these tests – there’s no evidence to support that, but they believe that.”

The researcher said he noticed that these trips tend to occur after standardized testing. As a result, teachers may be inclined to treat field trips solely as a reward, and take students to watch a movie or visit an amusement park rather than a play or an art museum. There are ways to make those kinds of visits culturally enlightening, but based on these recent studies, amusement parks and movies are less likely to be as educationally enriching and impactful as a stage play or museum.

“I think what some schools maybe just don’t realize is that field trips to cultural institutions can be both a reward and an enriching experience,” Kisida said. “We wouldn’t have known this without doing our research, but students in our studies who go to an art museum are more likely to want to go back.”

“I don’t know that the pendulum has swung back enough yet, but more and more parents are insisting that their children receive a well-rounded education, and they want more innovative approaches to education,” Kisida said. “It’s possible we’ve lost a generation of students by exposing them to a form of education that isn’t enjoyable, and if you’re not generating some love of learning, I don’t really see the whole point unless we’re just trying to train a bunch of compliant factory workers.”

Even setting standardized testing aside, Greene discussed the dangers of schools focusing so much on only two subjects.

“Schools traditionally do more than math and reading, and I think the problem is they are narrowing their mission,” Greene said. “We are a prosperous country with a lot of great art and cultural activities available, and so I sense the pendulum swinging back and that people are pushing back on this narrowing of education and demanding a broader set of activities.”