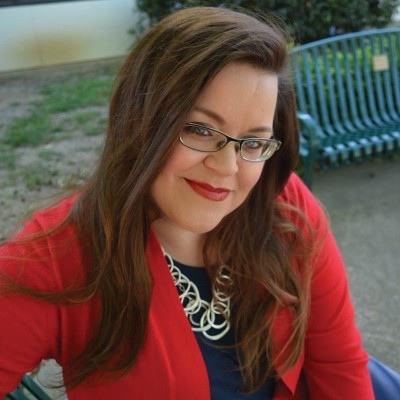 Fed up about the perennial lack of funding for public education, teachers across the country not only walked out, but also stepped up to run for public office in 2018. Oklahoma was no exception and elected several teachers in both parties to the state House and Senate in 2018, growing the education caucus from nine to 25 members.

This year, Shawna Mott-Wright, veteran teacher and current president of Tulsa Classroom Teachers Association (TTCA) is running in District 39 for many of the same reasons that teachers ran two years ago.

Mott-Wright, who spent 16 years teaching speech, debate, drama and English says she follows in her mother’s footsteps, who taught for 38 years at Webster High School.

“I’m proud to say that I attended TPS all my life and both of my children currently do, too,” she says.

Six years ago, she was elected to serve as TCTA Vice President and is now TCTA President. While she misses the classroom, Mott-Wright says that being a voice for educators has been worth it.

“You can’t advocate for students without also advocating for teachers,” Mott-Wright says, “because teachers’ working conditions are students’ learning conditions.”

As a teacher, negotiator and advocate, Mott-Wright says she has honed the skills necessary to be a good legislator.

“The only way to truly serve people is to first listen to their needs and wants,” she says.

“Think about that,” she says. “So much has changed in 12 years, including technology, new jobs and careers that didn’t exist, and increases in the cost of everything from gas for the busses to books in the library. Public education is Oklahoma’s path to economic prosperity.”

Mott-Wright is also concerned about the teacher shortage in Oklahoma. While teacher pay has increased, she says that legislators also need to look at problems such as student loan debt and lack of family health insurance that keep teachers for entering the profession.

Vouchers are another drain on public education, and Mott-Wright says she is strongly opposed to them.

“Our public schools are underfunded as it is; we can’t afford to send any of their funding to private schools,” she says. “Over 90 percent of Oklahoma children attend public schools, so that’s where we need to direct our tax dollars. It’s important that the voters of State District 39 know that their current senator has been leading the effort to pass vouchers in the state legislature. For the past two years, he has authored legislation that would divert millions from public education by way of tax credits for wealthy donors to private schools. I’m confident that does not reflect the views of this district.”

Besides education, Mott-Wright is concerned about the pandemic’s toll on small businesses in the state.

“Our state elected officials should be working in cooperation with federal officials to assist businesses with additional payroll protection measures,” she says. “My dad was a small business owner in Tulsa. He taught me about the importance of getting a good return on your investment. That includes both investing in the right things and investing enough. Oklahoma’s biggest obstacle is that for decades we simply have not been making good investments.”

She points out that making investments in education and jobs, while working toward criminal justice reform, will help lower crime rates and improve quality of life for Oklahomans.

Health care is another area where Mott-Wright says smart investment can yield long-term benefits for Oklahomans.

“Oklahoma is second only to Texas in the percentage of our state that is uninsured,” she says. “Too many Oklahomans go without seeing a doctor when they’re sick because they can’t afford it. I see this as both a moral and an economic problem for our state. It’s also a problem that costs taxpayers a lot on the back end, but would cost us far less if we’d work on insuring more Oklahomans on the front end.”

Shawna Mott-Wright was motivated to run for office because she says her opponent vowed to be an advocate for public education and vowed to oppose vouchers. “Neither of those turned out to be true. Our families deserve a senator who brings legislation to bolster our educators in the classroom, not erode the funding our children so desperately need.”

For a 2020 Election Guide, go to The League of Women Voters’ of Metropolitan Tulsa site, lwvtulsa.org, to research the issues and the candidates in the 2020 election. 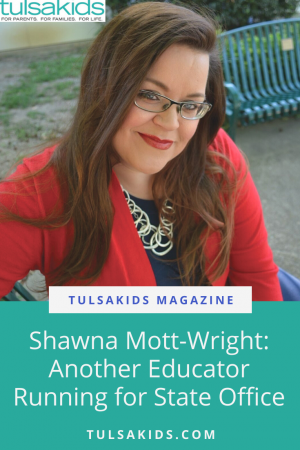