Traditions are the ties that bind us together in the holiday season.

Hanging the stockings, lighting the menorah, baking cookies – these are the moments we remember with such fondness that we commit to keeping the traditions alive with our own families.

Each family has its unique traditions, making it all the more special. The holidays just wouldn’t be the same without those special foods that take us home, no matter how many miles we may be from those we love.

We asked some notable Tulsans for their favorite family recipes. Maybe one of these recipes will be one you’ll want to add to your family’s holiday this year.

Meteorologist Mike Collier is a familiar face on KTUL News Channel 8, but he’s also dad to a son, Reid, and a daughter, Sophie. Mike and his wife, Erin, will be experiencing all of the magic of Christmas through their children’s eyes this year. 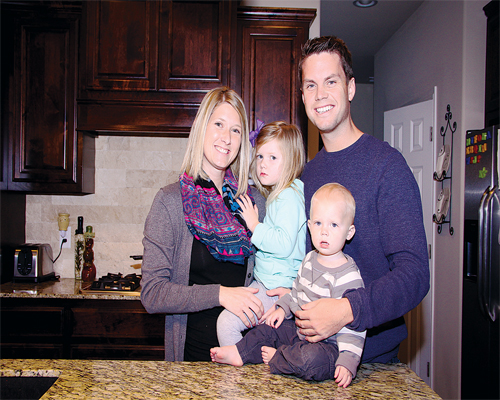 This is one of the Collier’s favorite recipes to make for Christmas. They would make the perfect cookie to leave for Santa.

Heat the oven to 350 degrees. Spray cookie sheets with nonstick spray or line them with parchment paper.

Using a mixer, beat the butter until smooth and light. Beat in the white and brown sugars, a little at a time, until the mixture is light and fluffy. Beat in the eggs, one at a time, and then mix in the vanilla and pumpkin puree. In a large bowl, whisk together the flour, baking soda, salt, cinnamon, ginger, nutmeg and cloves. Slowly beat the flour mixture into the batter in thirds. Stir in the chips.

Scoop the cookie dough by heaping tablespoons onto the prepared cookie sheets and bake for 15 to 20 minutes, or until the cookies are browned around the edges. Remove the cookie sheets from the oven and let them rest for 2 minutes. Take the cookies off with a spatula and cool them on wire racks.

Roberta Preston understands childhood joy. As CEO of the Girl Scouts of Eastern Oklahoma, she sees first-hand how a child’s life can be shaped by good role models, dedication and love.She too learned these lessons early in life in her tight-knit Norwegian-American family. Roberts has fond Christmas memories from her childhood years in North Dakota. 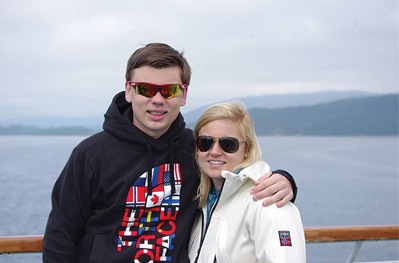 Here is Roberta’s recipe for traditional Norwegian lefse. Some families spread lefse with butter and sugar, and then roll it up as you would a crepe.

Cover potatoes with water and cook until tender. Run hot potatoes through a potato ricer. Place into a large bowl. Beat butter, cream, salt and sugar into the hot riced potatoes. Let cool to room temperature.

Stir flour into the potato mixture. Pull off pieces of the dough and form into walnut size balls. Lightly flour a pastry cloth and roll out lefse balls to 1/8-inch thickness.

Cook on a hot (400-degree) griddle until bubbles form and each side has browned. Place on a damp towel to cool slightly and then cover with damp towel until ready to serve.

James Patrick Hunt is a lawyer and novelist living in Tulsa. His latest book, The Detective would be welcome under any crime story-lover’s Christmas tree. Here is one of Hunt’s favoriteChristmas memories, which he sardonically titled “The Gift of the Magi.” 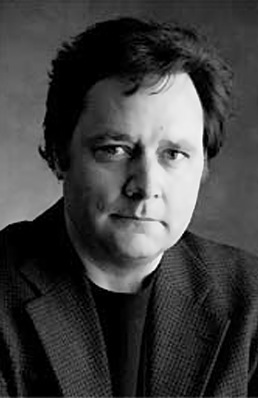 “I grew up in a large family, with five brothers and three sisters. At some point during my teenage years, we realized it was too expensive to buy all our brothers and sisters Christmas presents. So we came up with a system of buying one gift for one sibling. You would draw a brother or sister’s name out of a hat, and someone else would draw yours.  (Okay, maybe we didn’t exactly invent this notion of gift exchange, but we more or less thought we did.) The purchasing cap was supposed to be set at $40, not a small amount of money in the late 1970s.

One year, my brother George drew my brother Joe’s name and Joe, in turn, drew George’s name. If my understanding of probability is correct, the odds of this cross-selection were 1/56. As you were supposed to keep the identity of your ‘giftee’ secret until Christmas, neither Joe nor George knew beforehand that he had been drawn by the other.

So comes Christmas morn and Joe opens up his present to find a trendy $40 sweater, purchased from Marshall Fields in Chicago, with hard earned money George had made waiting tables at a time when minimum wage was around $3 an hour. George opens up his present from Joe and sees a $2.95 paperback titled (I’m not kidding) When Bad Things Happen to Good People.

Despite what you may have seen on ‘The Waltons,’ growing up in a large family doesn’t always engender memories of warmth and easy holiday cheer. (Though, personally, I find this memory very pleasant.)  George would later say, ‘Bad things happening to good people.  . . . Is there a chapter on presents?’”

Holiday recipes needn’t be complicated to trigger fond memories. Hunt’s recipe for onion dip is one many of us may remember and might just want to bring out again.

Using a heavy fork, mash the cream cheese, sour cream and chopped green onion together until it’s all of one consistency.  When done properly, it should be soft enough not to break a good size chip.  Dip in with plain Ruffles potato chips.

He says it’s justified considering the thousands of lights he puts outside his home for Christmas. He and his wife spend just as much time decorating the inside of the home, gearing up for the many family members who will join them for the holidays.

On any given year, Ballard said there’s a minimum of 14 adults and all seven grandchildren celebrating Christmas at his home. For Ballard, the celebration begins at his oldest son’s home where family members recite poetry, read ‘Twas the Night Before Christmas, do skits and sing Christmas carols. Ballard begins the night reading the story of the birth of Jesus.

”On Christmas morning everyone comes to our house. I make waffles from a special recipe,” he said. “They are made from scratch and a longtime family favorite.”

He also makes “a mountain” of bacon and sausage.

After breakfast, the family opens gifts, one at a time, from youngest to oldest recipient. This year, the ages will range from 5 months to 88 years old.

In a large mixing bowl, stir together flour, oats, baking powder, cinnamon and salt; set aside.

Pour batter onto grids of preheated, lightly greased waffle iron (amount will vary with size of waffle iron). Close lid quickly and do not open during baking cycle. Use fork to remove baked waffles.

Top with fresh fruit and yogurt, if desired.

Here’s another great recipe you may want to add to your holiday traditions. It’s perfect to sip while trimming the tree or watching the snow fall.

Books to Bring the Family Together for the Holidays