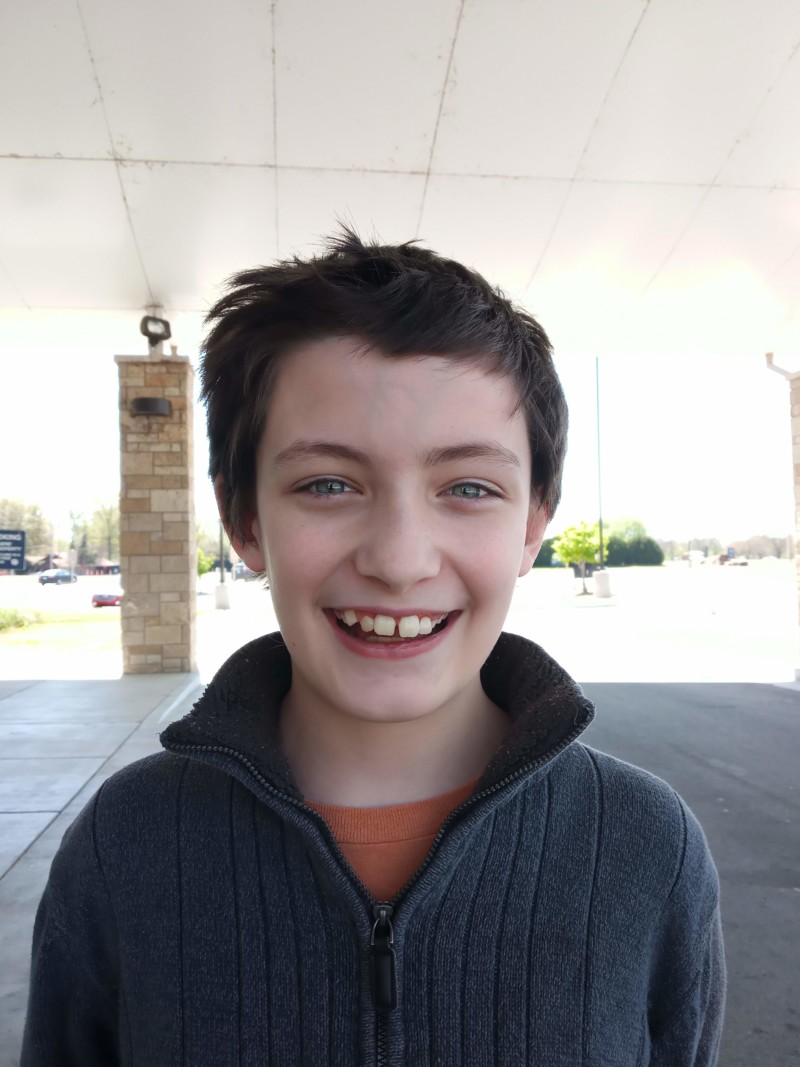 Allow me to paint a picture of what life with Noah is like.

He stands about even with my five-foot-twoish height, a fact that, like all parents of kids when they reach that point, I find absolutely stunning. His bedroom walls are lined with license plates, his vast collection of Hot Wheels carefully arranged around the room. He spends hours each week watching videos about the engineering mechanics of vehicles from steam trains to Teslas, and he can talk for hours on the subject of military helicopters.

His favorite color is bubble gum pink. He’ll tell you the best subgenre of Horror is the zombie genre, but that Z-Nation is a better zombie story than The Walking Dead because it’s comedy and doesn’t take itself too seriously. 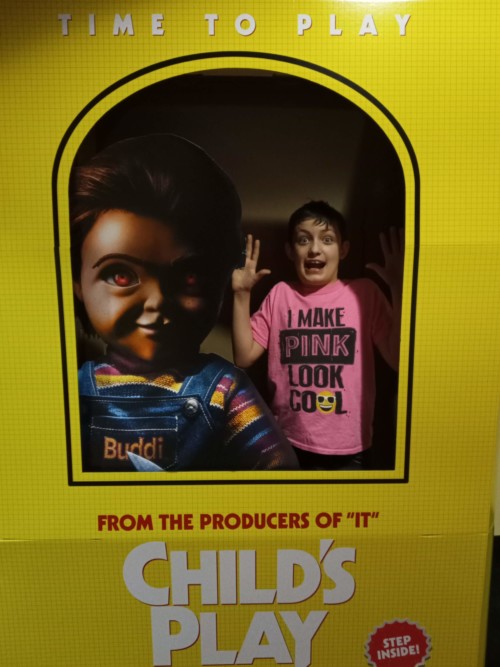 He doesn’t enjoy reading fiction unless it’s realistic fiction, perhaps because he’s more of a literal thinker. But he does have a fat stack of True Disaster novels about wildfires, wars, mine cave-ins, and engineering disasters.

When a jet or plane passes overhead, he will drop everything he’s doing and make a beeline for the yard to find out what it is.

He’s wanted to be a wind turbine engineer ever since he found out what that job entails, and he’s serious about it. He loves watching Forensic Files with me; when he recently commented about how fascinating and complex police science is, I suggested he consider going into that field and try to help exonerate the wrongfully charged. His response was, “It’s a cool job. But I want to be a wind turbine engineer, and that hasn’t changed.”

He’s also super cheeky. I’ll never forget when the Macy’s commercial came on with the little girl who wants to be Santa. It reached the part where a little boy said, “You can’t be Santa! You’re a girl!” and Noah got the most whimsical smile on his face and loudly declared, “And you’re a sexist!”

The Story of Lebowski

I didn’t understand Jeff growing up. We were together all the time, playing Atari or watching James Bond marathons, but I didn’t ever really understand him until we were grown. To say he was socially awkward would be a profound understatement. I was socially awkward. Jeff was like an alien from not merely another planet, but from another universe.

We had a troubled childhood with an emotionally and physically abusive mother, and everything he did that she didn’t understand was punished, often severely. Things like stealing electronics from around the house and taking them apart to see how they work. Things like filling stack after stack of notebooks filled with schematics of things I’ll never understand but not being able to write his own name. Things like making strange or inappropriate comments for no clear reason.

School was worse. He was prone to frequent meltdowns, labeled Oppositional Defiant, and repeatedly suspended. No one understood why he was intellectually gifted from a testing perspective but couldn’t finish basic homework problems.

Those are all things that I now know are signs he was an individual on the autism spectrum.

For a few years when I was estranged from my parents, I wasn’t allowed to see my brother at all, but when he moved out, he came right to me. In our adulthood, we became best friends, spending day after day together, vacationing together, going to concerts, cooking dinner, all of it.

As an adult, he was inexplicably six-foot-four but looked just like me otherwise. He embodied a very Lebowski-esque aura, living in tie-dyes and pajama pants, plastering his walls with psychedelic art set to blacklights. He was a computer geek who loved programming, drank a dirty vodka martini, ordered the highest star rating on his Thai food, and made his own working tattoo gun out of LEGOs, which he used to give himself a tattoo.

But he was always much more broken than I was from our childhood, and he was never really able to settle into a comfortable way of getting by in the world as an adult. Still, he kept trying to be a better person despite his many flaws.

I was in the room when Noah breathed his first breath, and technically, so was Arthur, who is three months and one day younger than Noah. My brother was completely taken with his son, and he was a loving father, if an imperfect one. Arthur was born three months later, and from the day Arthur was born, those boys were together often.

Noah was a beautiful baby with an amber gem against the ocean of blue in his right eye. My brother cuddled him constantly and carried him on his shoulders everywhere. Noah says he still remembers riding on his dad’s shoulders in a Walmart. He says, “If it was video, it would be a second long, but I still remember it.”

As the boys grew older, it started to become clear that there were developmental differences. Noah was faster at some things, like crazy fast. He could say complex words like “ambulance” and “excavator” long before Arthur could, but he struggled to start stringing together sentences.

There were other differences that became more pronounced as they got older. Noah couldn’t make and keep eye contact the way Arthur could, but he would fixate on his toys, lining them up meticulously and becoming devastated or even melting down if one was moved. His food couldn’t be touching other food on his plate or he would refuse to eat. He would hit his legs against the bed or chair repeatedly while rocking until his shins were covered in bruises.

When I suggested that Noah might have autism, something I was only a little familiar with at that point from my experience working in schools, my brother took it very seriously. The more we began to research it, the more familiar everything happening with Noah became. At barely three years old, he was already taking apart toys and remote controls down to the smallest possible component just as his dad had.

One day, Jeff looked at me and said what we had both been thinking for a while: “I’m pretty sure I am on the autism spectrum.”

At that moment, I realized that everything in his life would have been profoundly different if instead of getting struck with the belt and told how bad he was, he had been fought for until he got the right resources to help him succeed. My brother was smarter than I’ll ever be, but he never had a chance. I am not exaggerating when I say that I fully believe if he had been given the right tools, he might have invented something that changed the world.

From Compact Car to Minivan

When Noah’s parents were going through a tough time after their divorce, there was one thing they both agreed on: that they knew that while they were trying to get their footing, Noah would be well-loved and fought for every day with Justin and me. Despite serious acrimony between them at the time, they came together to ask a judge to award us temporary custody. At the time, Lucy was still a baby, and Arthur and Noah were preschoolers.

It was a difficult decision on their part and a selfless act that changed the path of his life and all of ours.

My brother moved within a couple of blocks of us so he could work at Taco Mayo in the neighborhood and see his son every day. He would come over and play with Noah, help with my Bios, and take Noah for walks. Eventually, Jeff got engaged, and the plan was for Noah to live with his dad and new family after Jeff finished lining everything up the right way and making sure that he would be in the best possible place to take care of his son.

He understood that it took a lot to give Noah everything he needed to live and be happy due to his special needs, and neither he nor Noah’s mom took that lightly. Before he could complete that path, my brother died of sepsis from a relatively minor car accident due to a lack of health insurance. He was 33 years old.

Noah’s mom was always sensitive about meeting his needs as a child with autism, so she understood that he would be better off staying in the stable environment he was already in, especially after losing his father. 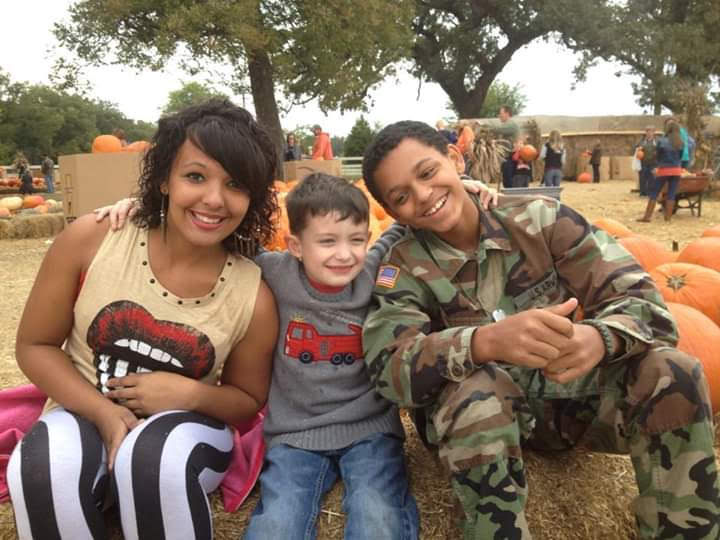 Noah with his older sister and brother Destiny and David

About a year after Jeff died, I made a decision that might be a bit controversial: I directed Noah to start calling us Mom and Dad. With the kids getting older, I realized neither Noah nor the Bios remembered a time before he lived with us, and I didn’t want there to be a difference in the way they felt about their place or role in the family. I was afraid if he called us “Aunt” and “Uncle,” he would never feel like our child.

There were early days when I felt like we were failing all the kids, but we were committed to making sure they all three felt loved and complete. The hardest thing about parenting a child who has autism is that you just don’t always know if you’re meeting their needs, but I read everything I could get my hands on to try to learn, and then I would educate anyone who would listen.

We knew we never wanted Noah to feel ashamed for thinking or doing things differently, and we always wanted him to see autism as a piece of the beautiful puzzle that makes him uniquely him. We’ve probably pushed him more than some parents might to teach him how to advocate for himself and to try to get by in a neurotypical world, which means at times we’ve been a little tough on him. 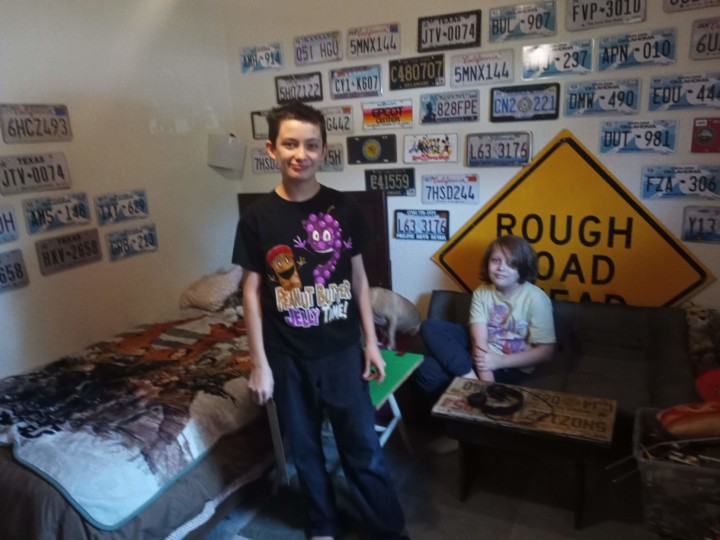 We handled the early losses in his life by talking openly about his family and how he came to live with us. We don’t want him to feel like there’s anything we’ve kept from him, and we want him to see his story as a positive one. He talks about his history nonchalantly like he’s telling you how a car engine works.

One of the things I find most mind-blowing about Noah is how he treats people who say things that might be offensive or even overtly rude about autism. From his perspective, people can’t understand they’re being rude or insensitive until they’ve been educated on it, so he can’t fault them for not knowing what they haven’t had the chance to learn.

While I might get hot-headed because someone tells him he seems very “normal,” Noah feels empathy for them since he knows all too well what it’s like to say something awkward. Several times, I’ve seen adults stumble over apologies while he consoled them for their misstep.

We never planned to have three kids, but in a lot of ways it seems like our family is the perfect size. I can’t imagine life without Noah. He is a tremendously loving big brother, incredibly bright, sharp-witted, and compassionate, and every day, he looks more like his dad. And every day, I’m grateful he’s my son. 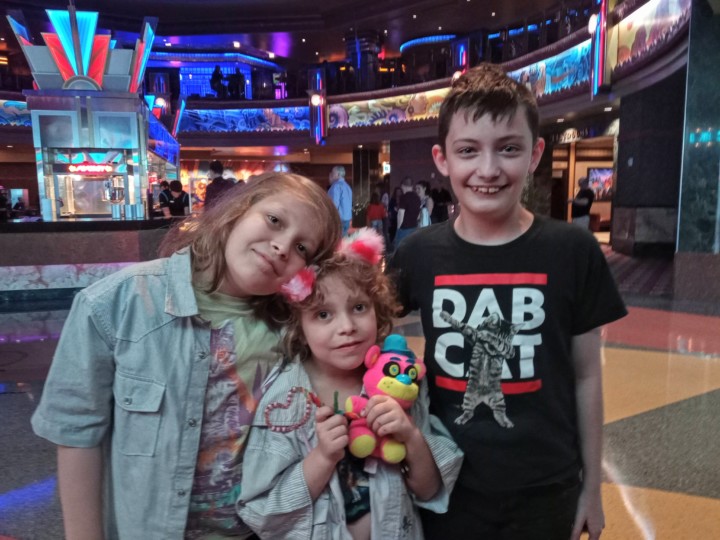 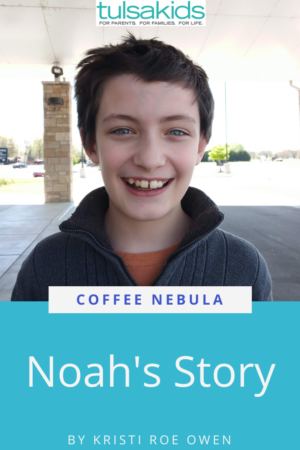