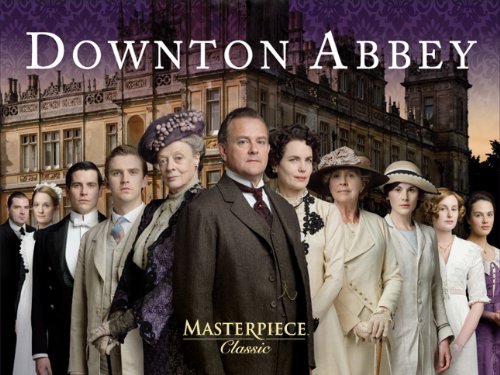 I have officially entered the third trimester, or as I like to call it, the “whatever shoes I don’t have to tie” mester. Since my son is on a pretty reliable sleeping schedule, I am trying to pack in all of the books and movies I can after he goes to sleep. This go around, I’m very well aware that I won’t read a book for a good two years once the baby gets here.

My last pregnancy, I read the Harry Potter series which resulted in my son’s nursery morphing into a wizard/ owl/ star themed something. Based on the information below, this little baby’s nursery could get a little bizarre.

So, I thought I’d share these guilty pleasures with you (in order of degree of guilt 1-5). If you haven’t already indulged, you’re welcome. If you’ve already gone through them, you know what I mean.

Considering I’ve actually learned a few things while watching this tv series, I don’t feel so bad about staying up until 2 a.m. two nights in a row to wrap up season 2. It’s got some historical depth to it and it is on PBS, after all. Much like Curious George and Dinosaur Train, I consider PBS to be television that doesn’t completely turn you or your child’s brain into mush. I don’t have any medical back up or anything.

It’s even prompted me to look up a couple of things regarding the English history. So, if you’re already a fan, I can’t believe this is happening to Mr. Bates and thank goodness for the last scene of the season 2 finale. If you’re not already an addict, what are you waiting for? Season 1 and 2 are over, so you’ll need to download them on iTunes to watch them. It’s well worth the $12.99. Also, when downloading on iTunes, I always switch it to standard from HD. It’s cheaper, I can’t tell the difference and it downloads much faster.

Yes, I read the Twilight series, too. At 30, I guess I no longer pass for “young adult,” but I’m telling you, these books are so addictive and I cannot wait to go watch the movie. I’ve already bought my tickets.

My husband has already vetoed naming our daughter Katniss. Dang it!

#3: The Real Housewives of Orange County

This is bad. This is so bad. These shows are just really bad. But I watch. I almost turned it off last night, but I didn’t.

P.S. Because I am pregnant, I can be caught doing these things while eating a huge container of Lime Lite Hummus (available at Whole Foods), carrots and cheese sticks. Oh, and the occasional (as in every night) ice cream sandwich.