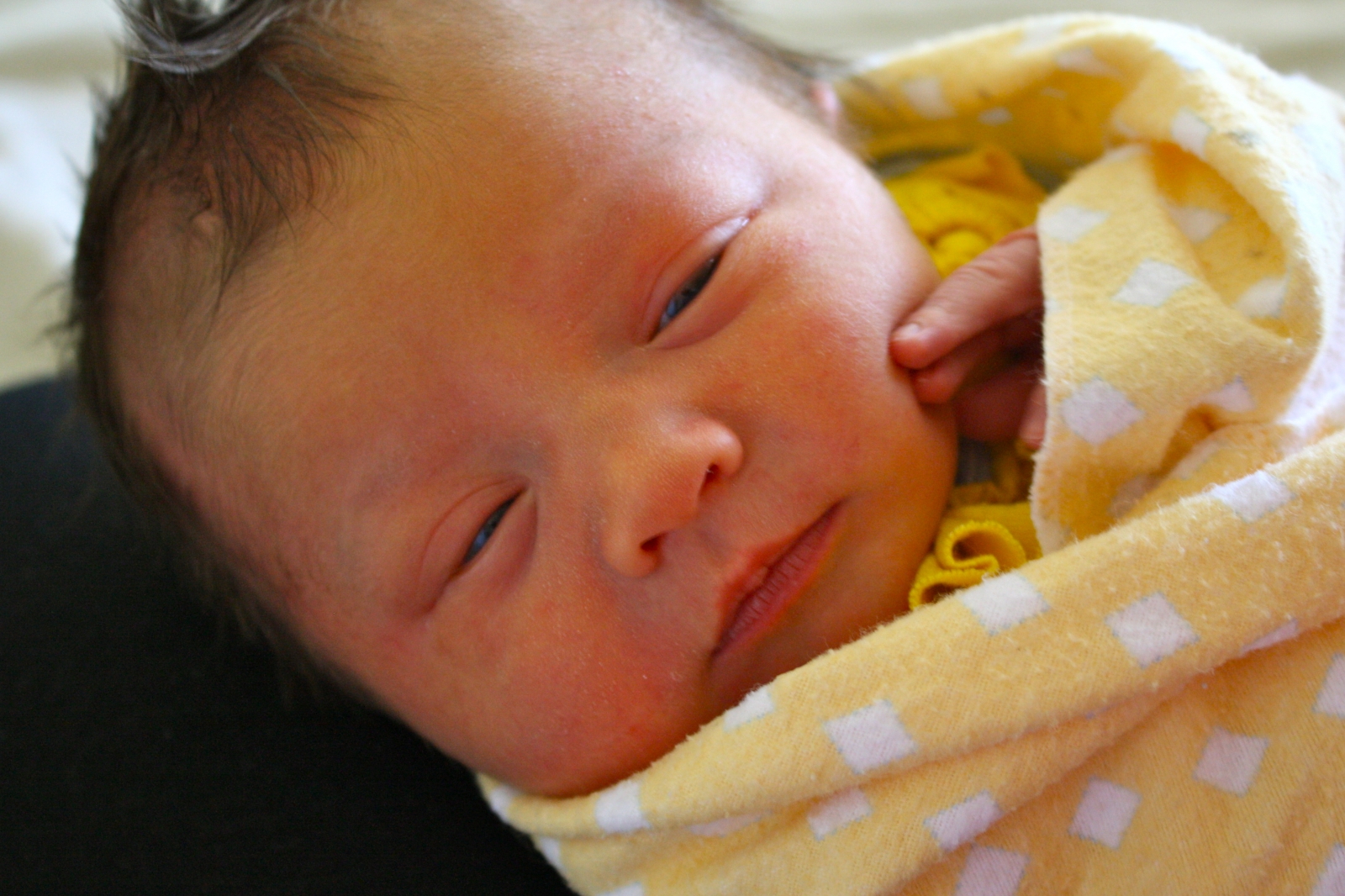 Three months later, and I’m ready to talk about it.

Nah, it wasn’t that bad actually, I’ve just been knee deep in diapers, a breast pump, the terrible twos, trying to get work done, etc., etc.

I love hearing other people’s labor stories. So, I thought I would share mine with you. Like my first child, it came earlier than expected and earlier than I wanted.

First and foremost, I have a heart-shaped uterus, so I’m quite lucky that I’ve had two healthy babies and no mis-carriages (that I know of). They just tend to evacuate a little early. My son came at 36 weeks on his own. Turns out he was pretty uncomfortable in there, which was obvious by his extreme conehead…like he could have easily been a baby in the “Coneheads” movie back in the 90s.

We were very lucky because he didn’t have any lung problems and didn’t have to spend any time in the NICU. I do think his size (6 lbs. 9 ounces) and the fact that he needed a little bit more time in utero resulted in him having some gastro issues and latching problems. So, I hope you don’t find me to be greedy, but I really wanted to have a full-term, chubby baby the second time. There’s just something about a full term baby. They just look like they’re ready to be, well, out.

So, with my second pregnancy, my doctor and I had a plan to do just that. I got ultrasounds with almost every appointment to monitor her position in my uterus and fluids. Which sounds great, except that my insurance only covered a portion of the ultrasounds, so it got pretty pricey—worth it, though. I made sure to eat well and exercise to keep my blood pressure in check. And I drank TONS of water.

All was going well, and once I got passed the 36 week point, I thought “YES” I’m totally going to make it to 40 weeks. I know most women think I’m crazy for wanting to go the full 40, but after having a preemie, you may feel the same way.

The day I hit 37 weeks, I waddled out of work telling my co-workers to wait for me to eat lunch. “I’ll be back in about an hour” I said. I even passed on the free valet service at my doctor’s office because I felt great and wanted to walk. I check-in, go back for my routine ultrasound. I “ooh” and “aah” over my sweet little daughter on the screen. I had given up months before on trying to “read” the ultrasound tech. Don’t you always just want to shake them and say “WHAT DO YOU KNOW? TELL ME!” But they stoically do their job not ever giving a hint away.

Next, I weighed in and hadn’t gained a pound. “I’m rocking this thing!” I thought to myself. Sit down on the table and wait for my doctor to tell me I’m looking great and send me on way. I’m thinking “I’m totally getting a cheeseburger,” I hadn’t gained any weight this week, after all.

As I’m debating whether or not to throw in a strawberry shake, my doctor walks in and says “Abby, I don’t want to scare you, but you need to have your baby today.”

“Your fluids are at less than 5%, I’ve already called St. John’s and they’re getting a room ready for you,” she says. “I want to get a monitor on the baby as quickly as possible.”

She urged me to go straight to the hospital and get hooked on the monitors immediately and make phone calls on the way. Well, crap. I’m holding it together at this point, until of course I call my mom. What is it about moms? Just a hello and I’m a sobbing mess…not to mention, totally freaking her out.

I get to the hospital, followed shortly by my husband. We make arrangements for our son to be taken care of. Oh, here’s when I lost it again. I thought I would have more nights alone with him. It seems silly to think about now, but I wanted to hold him and let him be my baby for a little longer.  I’ll have a whole other blog post about this soon.

Anyways, I had to do it, and after they came in to break my water, I’m so glad that I did because there was none. I’m telling you, she broke my water and NOTHING came out.