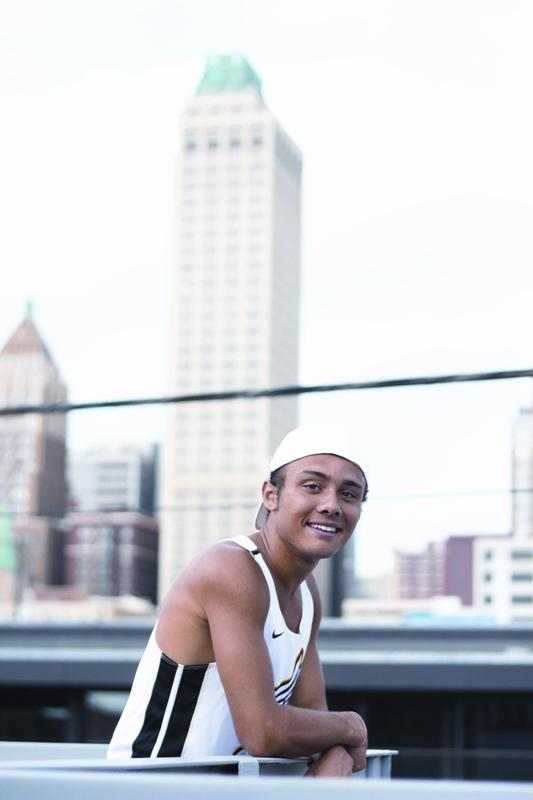 Jaelyn Jackson, a 16-year-old sophomore at Sand Springs’ Charles Page High School, had an idea and ran with it. As an avid runner (and lover of drones), Jaelyn came up the idea of using drones to help competitive runners pace themselves, especially when running on their own. Chasing this idea, Jaelyn developed the concept of a Runners Drone, which would allow an athlete to set the drone to whatever pace he or she wanted to run. Jaelyn’s idea brought him to the finish line in the K-12 StartUp Series, which invites young people to pitch their entrepreneurial ideas to a panel of judges at Tulsa’s 36 Degrees North. As the winner, Jaelyn received $2500 to use to advance his idea, as well as consultations with a mentor.

TK: What is “Runners Drone“?

Jaelyn: Runners Drone is essentially a flying running partner that paces you when you run so that way you can hit your ideal race times and perform better all of the time.

TK: What inspired you to come up with the project?

Jaelyn: My love for running, technology and drones!

TK: How did it feel to win the Tulsa StartUp Series?

Jaelyn: Amazing! it really boosted my hopes in this project. It’s great knowing people believe in you and your idea!

TK: What do you plan to do with your awarded prizes?

Jaelyn: My dad, honestly, provides the best mentorship! However, the money will be used to buy a drone and to start developing my app as it is important to get this done as soon as possible, so runners can begin using it next track season.

TK: What are your hobbies?

Jaelyn: My father. If I grow up to be half the man he is, I would be completely satisfied and successful in anything I do.

TK: What are your plans and goals for the future?

Jaelyn: I want to make a million dollars before I graduate. I want to own a large company one day. I want to go to win state in track. And I want to be overall successful. I want to give back to everyone who helps me get there and put money back into my track program so that way our coaches don’t have to spend out-of-pocket money.

TK: Can you tell me a fun fact about yourself?

Jaelyn: Parents have always thought of me as an entrepreneur. I used to be able to sell rocks to kids!