I’ve got the fever, and it’s not about Bieber

No it’s not Bieber Fever, but it is about “baby, baby, baby oh” the sequel.

So when is the best time for number two? Is there a best time? I was just re-reading a TulsaKids article The Case for Space, and the March of Dimes website suggests waiting at least 18 months before getting pregnant again to allow your body to be fully prepared for another pregnancy.

Plus, I have been told multiple times that having your first baby be a good sleeper is dangerous territory. Because my son (don’t hate me) usually sleeps 6 p.m. to 6 a.m. every night. I’ve tried keeping him up later and he’ll start laying his head on the floor, the couch, my lap, he’s just tired.

So I’ve got that working for me (or against me some may say). Anyways, every time I see a friend announce their pregnancy on facebook I am first happy, then have a twinge of envy.

I was discussing this with my husband, I mean he kind of needs to be on board too, and he kept trying to remind me about the realities of my pregnancy.

“Don’t you remember how miserable you were at the end?”, he says. What? I was fine.

“Do you remember calling me mid-walk to drive to pick you up because you couldn’t make it another 400 yards to use the bathroom?”, he says. Just that one time, sooo not a big deal.

“Remember yelling at the nurses in the delivery room?”, he says. I may have raised my voice a little, but they kept saying “he’s coming” and they were lying.

Funny how those little details seem to disappear isn’t it? Although I did happen to capture the pic below of my swollen ankles around 35 weeks. 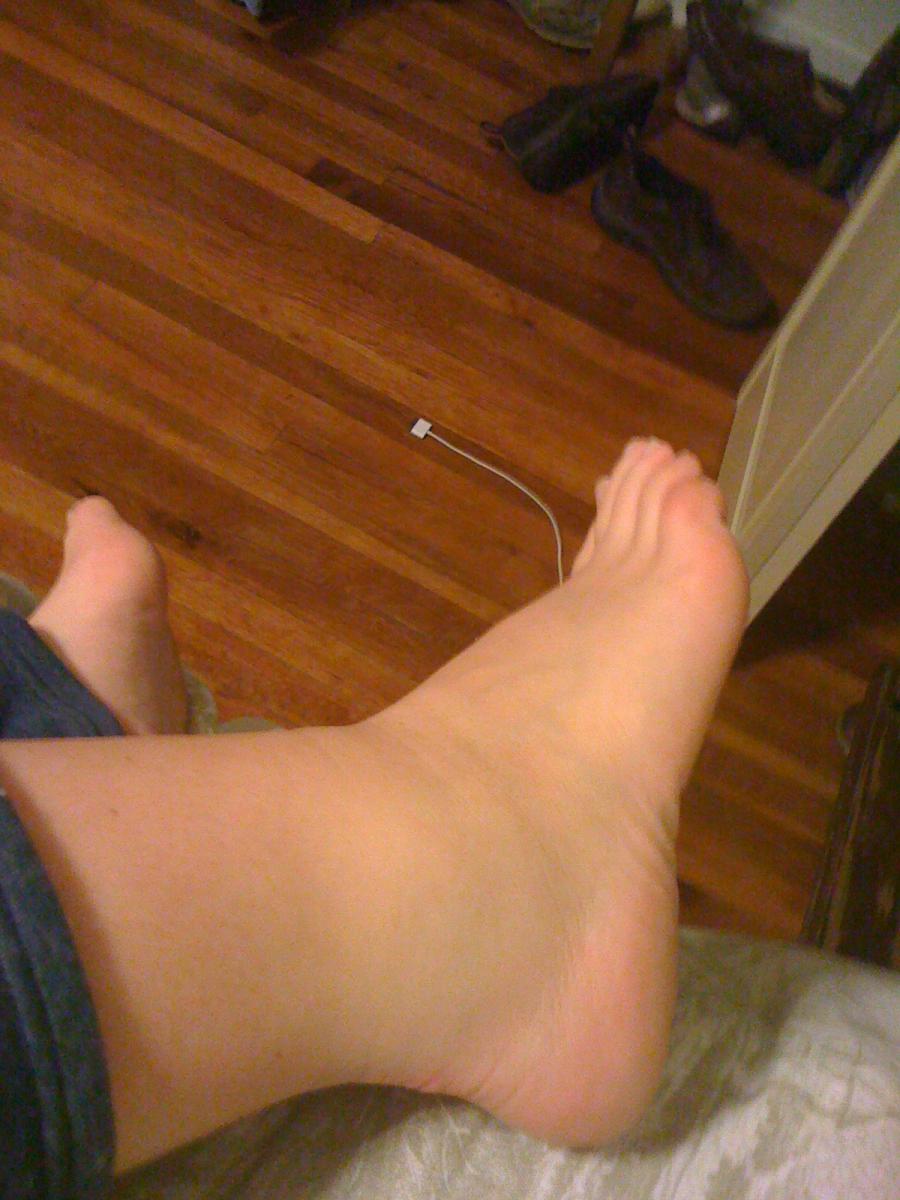 I was just boxing up all of my breast pump equipment and started to twitch when I accidentally turned it on. That pump and I spent some major quality time together.

A good friend of mine is having a baby girl in May, so I guess that can tide me over until the stars align again for round two.