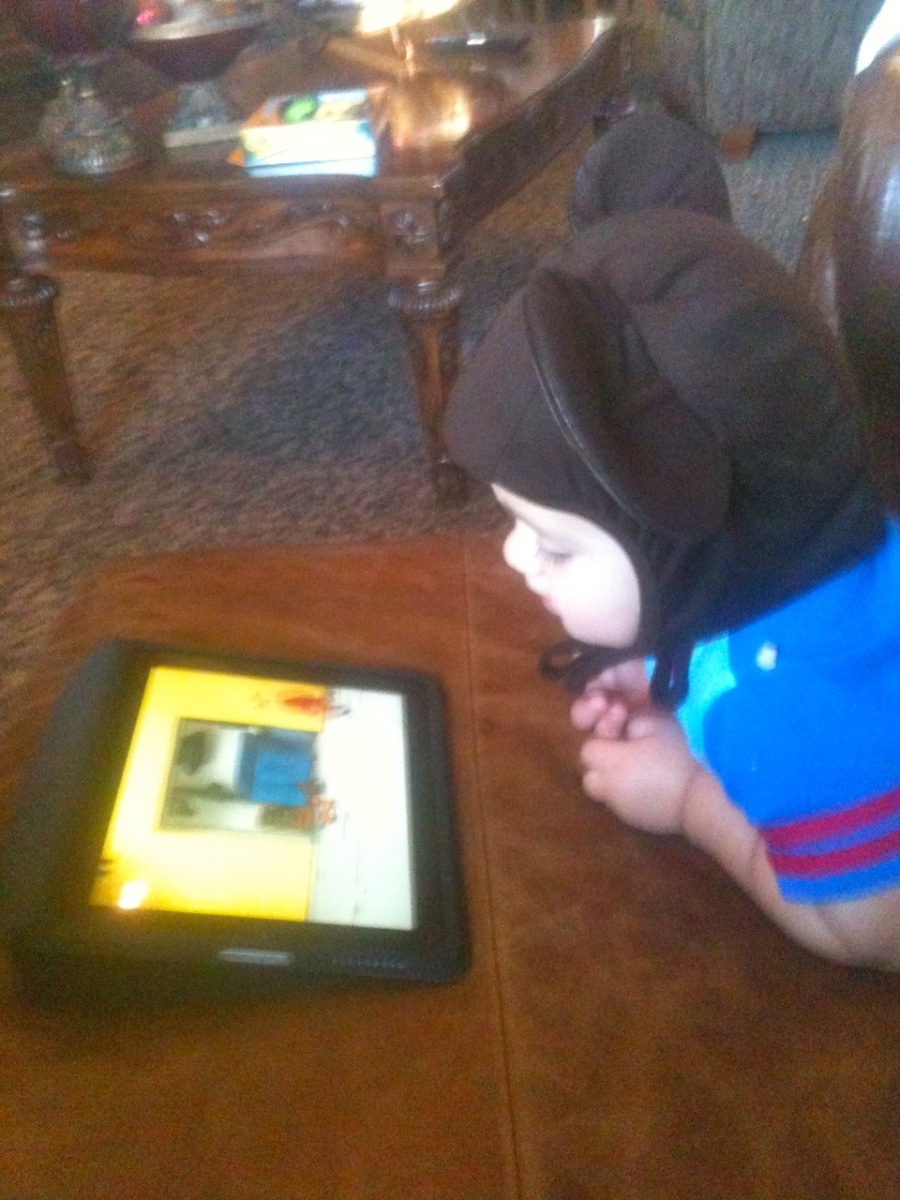 Did you guys see the story on the news this morning of the baby that thought a magazine was a broken iPad? It shows a baby easily navigating through an iPad and getting frustrated when an actual magazine “won’t work.”

I’m starting to realize how our grandparents feel about my generation and cell phones.

It’s true…when my son is my age it’s highly unlikely that he will ever use an actual print magazine, newspaper, book, etc. All of his reading will be done on some form of tablet or whatever Steve Jobs has in store for us.

I have an iPad and the way my son manueveurs through it is somewhat unnverving. I’m not sure why, but I feel like reading Brown Bear on an iPad is just…just…wrong.

Being a book lover, I have a hard time downloading books. I like the way a book feels. It’s a comfortable feeling for me. Plus, you can throw it in your car or purse without worrying you’re going to break it. My husband doesn’t understand why I would pay an extra $10 at Barnes and Noble when I could pay less without even leaving the house. “But then I wouldn’t have a reason to go to Barnes & Noble,” I reply. Again, he doesn’t understand (I’m not sure I do either, actually).

Also, I like having books in my home for decoration.  They’re kind of trophies or memorabilia of the time we spent together…yea, now it’s getting weird… I’ll move on.

So here’s the question: Is it bad for children to use these electronic devices?

I think it’s debatable. Sure, I wish I had every minute of the day to play in the dirt with my son and foster his love for nature, but that’s just not realistic. My mom made the best point the other day about it when she said that “the problem is, is that when he’s on the iPad, he’s not moving.”

That made quite a bit of sense to me.

It’s the same with my generation and Nintendo. I have clear memories of my mother going and turning off the tv and saying “get your shoes on, we’re going outside.”

I asked my pediatirican what her thoughts were on the subject. She agreed about the sedentary factor and also said that she thought that all of these electronic devices made children act rudely. Instead of engaging in conversation in a waiting room or over dinner, they were texting, Googling, etc.

This also made good sense.

What do you think? How are electronic devices going to effect our children in the short and long term?

P.S. I titled the photo above “Watching George, while being George.”