Q: You were nominated because you trained a service dog. Tell us about that.

A: Service dogs trained through the organization Therapetics are paired with people with physical disabilities to help them with day-to-day tasks, such as opening and closing doors and cabinets, retrieving items, turning lights on and off, and helping with laundry. (These dogs are different than guide dogs for the blind.) The training process consists of two full years of training provided by volunteers. In the first “puppy” year, the service dogs are taught basic obedience skills and are exposed to the harder tasks that they will later learn. In the second year, they are taught the more advanced skills that they will use to help their partner. Throughout both years, they are taught “socialization” skills in how to act in public places, since they will be accompanying their partner in public once they are paired.

Q: Tell us about the dog you trained.

A: The service dog I trained is a Black Lab named Porthos. I was an advanced trainer, meaning that I trained Porthos for his second year. A different volunteer, Jennifer Beard, did Porthos’ puppy training. The training which I did consisted of going to group classes with him and other service dogs in training twice a week, which were taught by professional dog trainers. I also worked with him several times a day to teach him the skills he would use with his future partner. When working with Porthos, I would use treats and positive reinforcement to teach him what he needed to know. To teach him how to retrieve items, I would make the object I wanted him to retrieve seem like a toy so he would be motivated to get it. Then, once he retrieved it, I would reward him with treats and praise. In order to help him learn how to open the refrigerator, I tied a rope to the refrigerator door handle and helped him learn how to pull it open and then close it by jumping up and hitting it with his paws or his nose. To train him how to turn the lights on and off, I would put a treat under the light-switch. As he reached for the treat, he would knock the light-switch, and I would then reward him. Eventually, he caught on that flipping the light-switch was what he was supposed to do.
I also helped him develop socialization skills by taking him to a variety of places with me. He came shopping with me, to the movies, out to dinner, to summer sleep away camp, religious school and synagogue, and much more.

Q: How did you get interested in doing this?

A: As part of a Bat Mitzvah preparation, it is customary in Tulsa to do a service project. I wanted to do a Mitzvah project that involved working with animals that would also be able to help people. When my dad proposed the idea of volunteering with Therapetics, we went and visited the organization to learn more about what they do and how I could volunteer with them. They had never had a service dog trainer as young as I was, but they were willing to give me a chance.

Q: What was the most difficult part?

A: The most difficult part for me was saying good-bye to Porthos when it was time for him to be partnered. For days I would just start bawling and not be able to stop. Although it was extremely emotional to let him go, I knew giving him to someone else was the purpose of the training and he was ready to help his partner.

Q: What was the best part?

A: The best part for me was seeing how much Porthos meant to the young girl named Callie who has muscular dystrophy that he was paired with. It meant so much to her to be getting a service dog, and it made me feel amazing inside to be able to help someone that way and make such an impact on someone else’s life.

Q: What did you gain from this experience?

A: The experience of training Porthos was absolutely amazing in many ways. I had a great time doing it, and I learned and grew a lot from the experience. I learned the new skills of patience and perseverance. When training Porthos, I couldn’t just give up on a task when he did not learn it immediately. I had to keep working with him until he mastered the skill and not get too frustrated with him. I also had to learn a lot about responsibility and commitment. I had to fulfill my commitment of agreeing to train him and be responsible for getting him prepared for his partnership with Callie. Another thing that I learned about was sacrifice. I had to sacrifice a lot of my time to train him and I had to make the sacrifice of giving him up after I had bonded with him very deeply. I also learned empathy. I developed an understanding of how hard it is to have a disability and the things that I take for granted every day. Finally, I learned that accomplishing a big goal like training a service dog requires different people, teamwork, resources and skills.

Q: Would you do it again? Why?

A: I am hoping to be able to do it again. I had a wonderful time training Porthos and gained so much from it. I believe that Therapetics is a great organization and helps so many people. I would recommend training a service dog to anyone who is interested even the least bit. It is a great opportunity and truly impacts your life and the life of a person with a physical disability.

The best in children’s literature, songs, games, finger plays, rhymes and other reading-related activities are shared with your preschooler. For ages 3-5.

Join us for songs, stories and movements geared to your toddler.

For preschoolers, playing is learning! Join us for games, toys and activities that foster critical early literacy skills.

Locating online historical U.S. county records has been difficult until now. FamilySearch.org is digitizing and offering them for free on its website. Discover how to access these useful records. For adults. 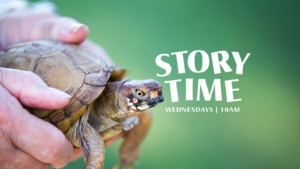 Be ready for tales, and even tails, as you meet an ambassador animal 10 a.m. every Wednesday! Visit the Helmerich Discover Center lobby, between the gift shop and elephant exhibit, for some furry or feathered fables. This event is free with zoo admission. More information at tulsazoo.org/calendar Tulsa Zoo, 6421 E 36th St. North, 10 a.m.

The best in children’s literature, songs, games, finger plays, rhymes and other reading-related activities are shared with your preschooler. Stay after storytime and enjoy games, toys and activities that foster critical early literacy skills.

Bring your babies for bubbles and books, and your toddlers for trikes and tales! Our songs, stories, games and activities will aid in developing your child’s early literacy skills.