Did you ever dream that you were a cat in outer space and spent your time chasing a dinosaur? A dinosaur the size of a mouse? Seventeen-year-old Emma Palmer imagined it, put it on paper, and was awarded First Place in the Comix Division of the Tulsa City-County Library’s Young People’s Creative Writing Contest. 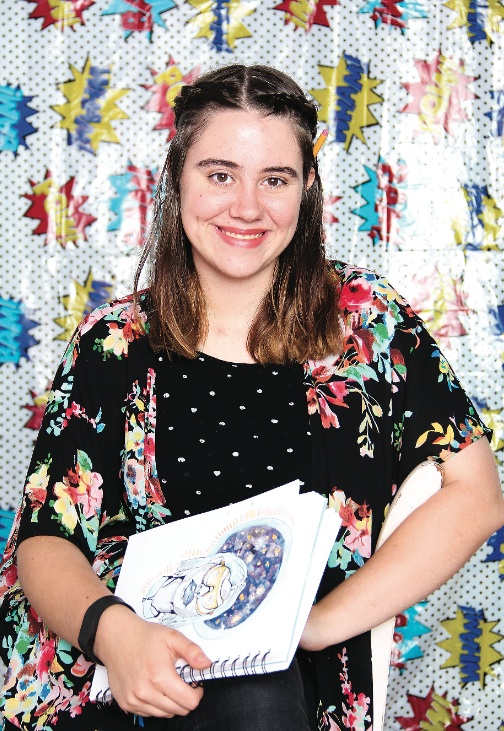 TulsaKids: When did you start writing?

Emma: I started writing around the age of 9 or 10. Ever since I was little, I’ve written stories in my head. I guess its just been getting the words on paper since then. Whatever I’m doing, be it playing cello, drawing or writing, I’m always telling a story!

TulsaKids: Who are your favorite authors?

Emma: I love the classics! American literature, especially, such as Hemingway or Steinbeck come to mind as some of the works of my favorite authors. I am also a big fan of graphic novels, particularly those written by Craig Thompson. I love the fluidity of a painting mixed with sentiments of writing.

TulsaKids: What inspires your writing and creative thought process?

Emma: Nature is always inspiring to me. When I’m feeling stressed out or worried, I can come to the great outdoors, pick up my sketchbook or notepad and write. 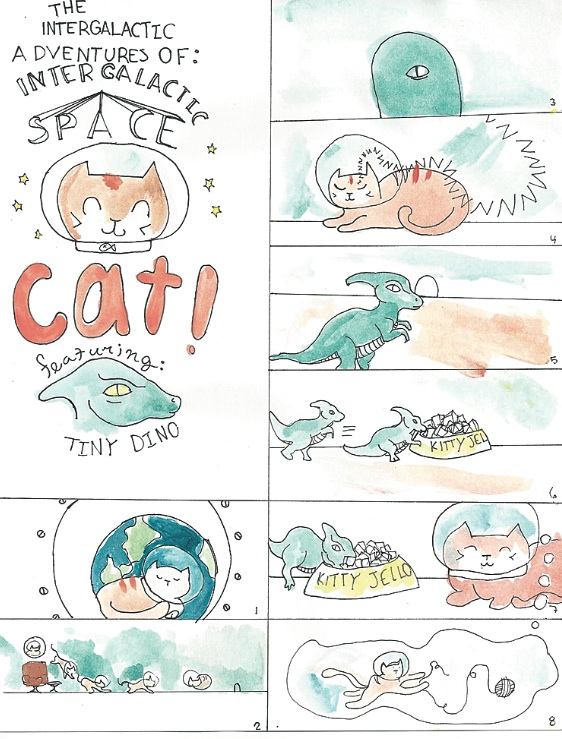 TulsaKids: Do you have any advice for other young writers?

Emma: Keep writing! I know it sounds trite but it’s true. Some of the best awards I’ve won, I had to enter multiple times before I won. And don’t be so afraid of how your work will be received by people to never get it out there. Take risks — you’ll never know how you’ll do unless you tried.

TulsaKids: What other hobbies do you have?

Emma: I play the cello and have played for five years now. I also love to read, paint and act!

TulsaKids: What are your plans and goals for the future?

Emma: I plan on finishing my senior year of high school and enrolling college, not sure where yet, with a double major in English and Spanish. After that, who knows? But I’m sure it will be good!

I attended Quartz Mountain Institute for the Arts for creative writing, where I got to study under inaugural poet Richard Blanco, who read at the swearing in ceremony for President Obama.