Whether or not children aspire to a career on Broadway or simply want to learn how to play an instrument for fun, music can enrich lives, sometimes in surprising ways.

“Parents can involve their kids in music, private lessons, school music or church choirs,” says Kim Koch, vice president of Saied Music Company in Tulsa. “The very act of making music increases endorphins. It helps teens funnel emotions and gives them something positive to do.”

Besides surrounding children with music from an early age, Koch, a singer and former music teacher, believes in supporting music programs in schools because of the multitude of benefits it provides. As a company, Saied also supports providing music-making opportunities in schools.

“It may sound trite,” she says, “but music-making taps into something instinctive that is affirming and encourages connection. A child who joins band and orchestra has an instant and immediate connection.” 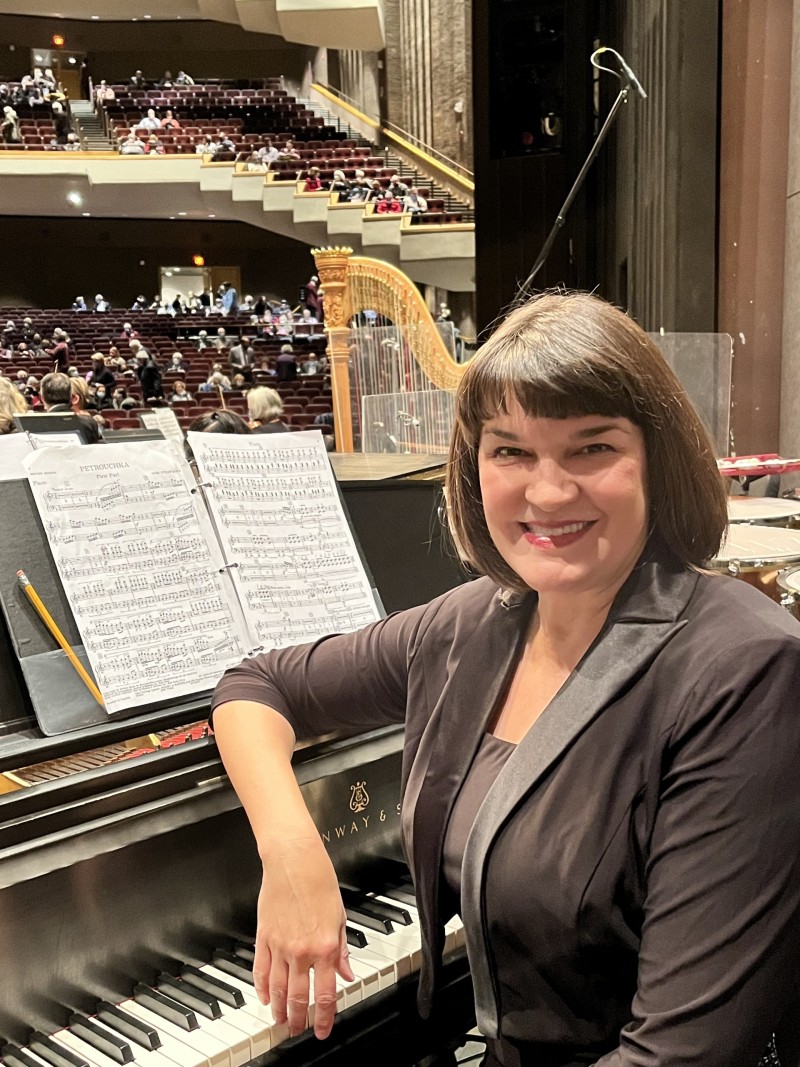 Cathy Venable, a professional pianist from Tulsa, found that connection early in life. She says that she always loved music, and credits John Townsend, the music teacher at Barnard Elementary in Tulsa, for giving her the foundational skills to become a musician.

“I give all the credit to John Townsend,” she says. “He taught us to sight read, all this theory stuff, listening skills…He’s the main reason I can do anything as a musician.”

Venable continued her piano lessons, played the flute in the Edison High School Band, majored in Concert Piano Performance at Northwestern, and earned a master’s in accompaniment at the Cincinnati Music Conservatory. Venable has worked as a freelance musician in Tulsa and in New York and on Broadway, once accompanying Brooke Shields in Wonderful Town. She was the associate conductor for the touring production of Frozen, and prior to that toured with The Sound of Music and The Phantom of the Opera. Connection is what draws her to music.

“I love the community of it,” Venable says. “I love working with other musicians and actors or little kids in a musical. I love working in a group with a common goal.”

The collaborative aspect of music making can give children that same sense of belonging. Koch feels that too many children and young people spend time doing activities that are isolating rather than collaborative. Music can bring people together, including those of different cultures.

When children have an opportunity to play or perform music from their native culture, they become more integrated into the school community. Music can be a way to bridge divides.

The academic benefits to students involved in music are well documented. Higher test scores and improvements in math and reading have all been attributed to participating in music education.

But Koch points out that there are social and emotional benefits as well. “Music keeps kids in school,” she says. “Some kids may not hook into school in any other way, but music keeps them coming to class.”

Musicians, both professional and amateur, recognize the mental health benefits of music that range from stress relief to boosting moods to building confidence. Koch says researchers are just beginning to look at how profoundly music may contribute to mental wellness, especially in young people.

For those who aspire to become professional musicians, Venable says that getting a solid foundation early on is critical.

“Just keep taking lessons,” Venable advises. “Have a really good technique. Do your classical lessons. Try to accompany all your friends like I did in high school. Learn to conduct.”

Venable says that she found conducting “terrifying,” but learned that if she wanted to be in the orchestra pit on Broadway, she would have to know how to conduct because the pianist is always the conductor or assistant conductor for shows.

While Venable didn’t make any major mistakes as a conductor, she says the power went out right before a performance of The Sound of Music was set to begin, so she turned around and “conducted” the audience in a singalong of “Do Re Mi” until the lights went back on.

Venable says that music is a wonderful art form that has given her a career that she loves. Whether she’s playing in the Tulsa Symphony or on Broadway, she loves being at the piano.

“We are instinctively musical creatures,” Koch says. “It’s about the process. You don’t have to be a concert pianist to enjoy beating on a drum – it’s very cathartic. That’s a healthy form of expression, not just for kids, but for adults.” 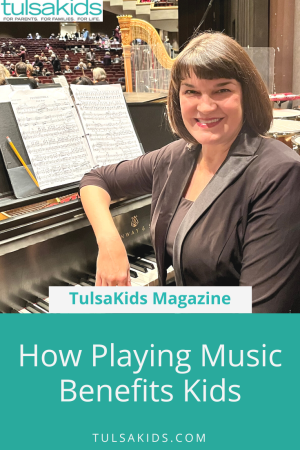