Today, I woke up with a sick stomach and just followed it up with a glass of V8 and FOUR cornbread muffins. That’s right, I’m pregnant.

So far, this has been the complete opposite of my first pregnancy. I had a little nausea with the first one, but nothing extreme. Of course this time, while I’m running after an almost 2-year-old, being a little nauseous is considered a good day.

I am the most cliche pregnant person in the world. The other day, I scared my sister to death because I called her crying so hard I couldn’t talk. She immediately thought something was horribly wrong until I explained that I was just feeling a little emotional. That new “War Horse” movie preview could set me in a tail spin.

I’m just at 12 weeks (due June 12th), so I keep waiting for the second trimester buzz to kick in. So far, no luck. I hate to be so whiney, but I’m pregnant so I can do what I want, right?

We broke it to our little guy and he had mixed emotions: 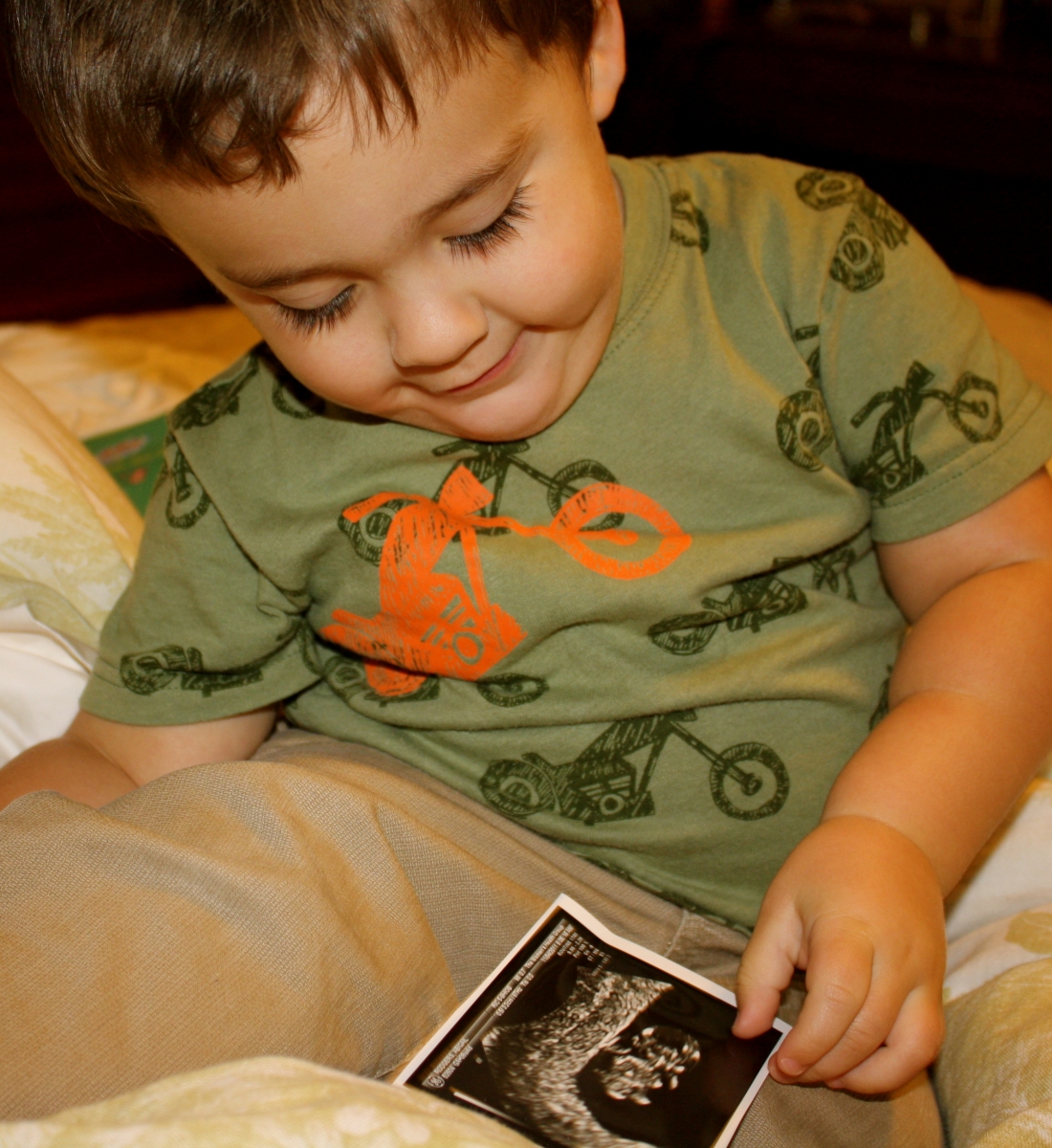 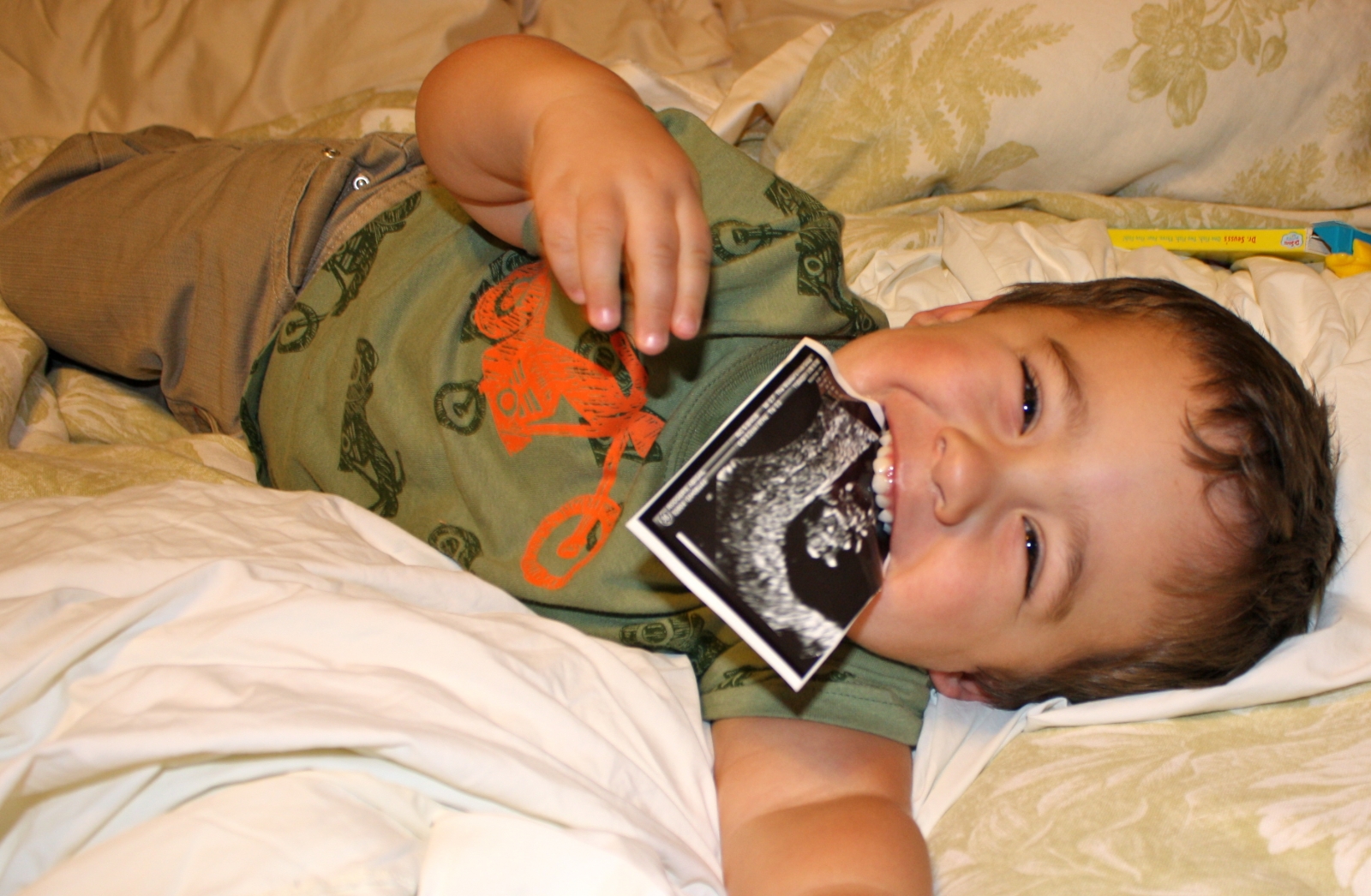 They’ll be almost exactly 2 1/2 years apart. I’ve heard both positives and negatives about the age difference. If you have any words of wisdom, I’m all ears!