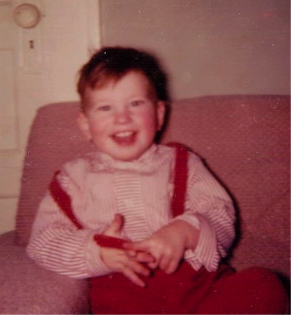 My brother at three, the age we received his diagnosis.

I remember a time when I was looking for my shoes, and my daughters schooled me, “Mom, thongs are underwear, not shoes! Those are called flip-flops!” Oh, excuse me, in the 1970s, we called them thongs. When did they change the words and not tell me?

There was a time the word “gay” meant merry and happy. Rubbers used to refer to rain boots, and well, you get the gist. Words evolve, and we need to keep up with the changes!

The words used for intellectual disabilities have also changed. I cringe when I hear the word “retarded” because most often, it’s being used in a derogatory way. But did you know that at one time mentally retarded was the politically correct term for a person with intellectual disabilities? When my brother was diagnosed in 1966, his official medical diagnosis listed was mentally retarded.

The first use of the word retarded used in reference to mental abilities was in the year 1895. It eventually replaced the terms idiot, imbecile, and moron. The American Psychiatric Association used the phrase Mental Retardation in their Diagnostic and Statistical Manual for Mental Disorders in the early 1960s, replacing the older terms feeble-minded, idiot, and moron. The actual definition of the word retarded is not malicious. It merely means mentally delayed, but it became a shameful term due to it being used in cruel, harmful ways.

The terms for intellectual disabilities that we consider to be politically correct have evolved over the years, and will probably continue to do so. The first term known to represent people with intellectual disabilities was the word cretin, derived from a French word meaning Christian. The implication was that the disabled were incapable of sinning since they were not of the right mind and, therefore, “Christ-like.” In the 1800s, people with intellectual challenges were labeled idiots, imbeciles, and feeble-minded. In 1909, a group of doctors developed a system of dividing the feeble-minded into three classifications, idiots, imbeciles, and morons. Of course, we all mentally recoil at those words, but at the time, they were merely medical terms used to categorize levels of disabilities.

The term for people with Down Syndrome has changed over the years also. Dr. John Langdon Down initially called the syndrome Mongoloid because he felt people with this syndrome shared facial similarities with people of the Mongolian race. The term Mongoloid was still used in the 1970s, until it was changed to Down’s Syndrome, and eventually to Down Syndrome. 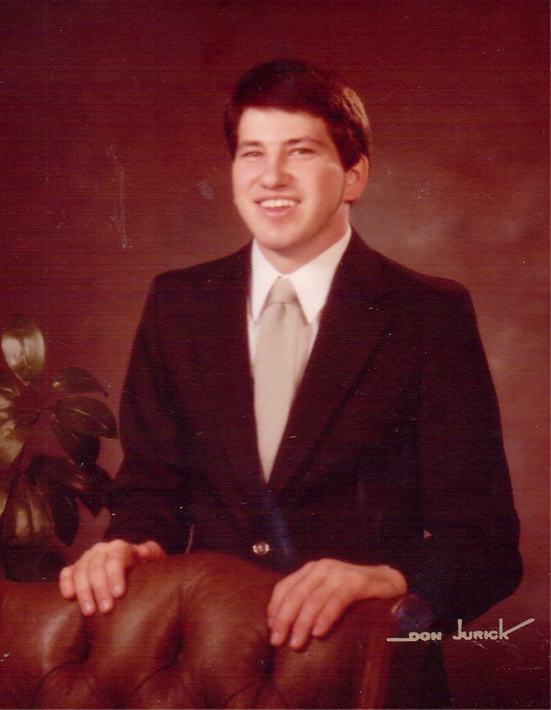 My brother’s senior picture’s smile doesn’t tell the entire story of what high school was like for him.

The old saying, “Sticks and stones may break my bones, but words will never hurt me” is not true. Words can carry a powerful punch and leave lasting scars. The word “retarded” caused pain for my brother when it was hurled at him in the halls of high school. The “R” word continues to cause pain for me when I hear it tossed about. I no longer let it go without a challenge. It’s not about being “politically correct,” it’s about being “emotionally sensitive.” Why would you knowingly cause pain to anyone? Words can be a weapon or a soothing balm. Choose yours wisely.

Rosa’s Law demonstrates how the terminology has changed. Rosa was a nine-year-old girl with Down Syndrome. Because of frequent taunts of “retard”, her family pursued legal changes in terminology in the health and education codes in their state of Maryland. They asked that the terms intellectually disabled replace mental retardation. Rosa’s Law passed in the fall of 2010.

Kindness and respect are challenging to legislate, but a change in terms may help. Various acceptable terms have emerged throughout the years, including special needs, intellectually challenged, developmentally delayed, and mentally challenged. The most accepted language currently used is intellectually disabled.

Language is important. George Orwell said, “But if thought corrupts language, language can also corrupt thought. A bad usage can spread by tradition and imitation even among people who should and do know better.” Our words influence our thoughts and also impact those around us. Think before you speak, so your words don’t become the sticks and stones maliciously thrown. The human spirit is more difficult to heal than broken bones. 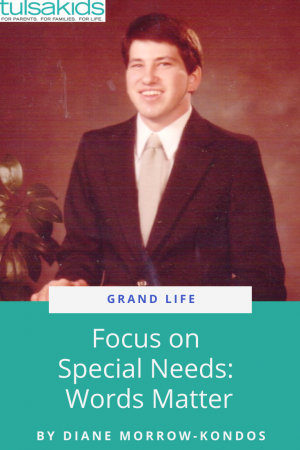