My brother and me in the 1970s. It’s not always been an easy road, but I will never stop fighting for his dignity and well-being

The word is thrown around casually, often used in a way people think is funny and harmless, but the use of the “R” word is anything but comical. I’m sure you know what I’m talking about but just in case, the “’R’ word” I’m referring to is retarded. It’s only a word, but it’s a word that carries a painful history and a shameful past. Like an arrow shot from a bow, the “R” word was a weapon that all too often hit the vulnerable target, my brother. Sticks and stones may break bones, but harmful words may cause deep and lasting scars. When my brother hurts, I hurt; so if you can’t refrain from using the “R” word, we can’t be friends.

When my brother was diagnosed with an intellectual disability at the age of three, it was 1966 and the term mentally retarded was the current acceptable terminology. It was a big improvement from names that had been used in the past: cretin, idiot, moron, imbecile and mongoloid. Unfortunately, it became shortened to retarded and then retard and was often used in a derogatory fashion. One of my painful memories is when my brother was transferred to a high school in the public school’s attempt to mainstream. For David, mainstreaming meant his first experiences with being teased, harassed, called “retarded” and made to feel different. Until then he’d been in a protected environment and had mostly been spared cruelty. He came home from school one day with an angry scowl on his face.  It was obvious something was wrong and as I questioned him, he told me in his stilted, difficult way what had happened.

His anger melted into tears as he asked me, “I retarded?”

I couldn’t lie and I had to tell him, “Yes, you are mentally retarded, but it’s OK to be that way, it’s not bad, just different.”

It was a weak answer and as tears rolled down his face, he responded with another question,’” Why…why…me retarded?”

I said “I don’t know why, David, but you’re a good guy and it’s going to be all right.”

I tried to appear calm and say the right thing, but inside my heart was crumpling up like a discarded tissue. The big bad, world had damaged my brother despite my family’s efforts to shield him. I was his big sister, his self-appointed protector, and I had failed.  I longed to isolate him from the ugliness in the world, wrap him in a cushion of kindness, and surround him with compassionate people.  Keeping my brother safe from physical harm was feasible, but the episode with cruel taunts taught me the power of words. Although I was only a teenager myself, I learned a valuable lesson through my brother’s pain. Words can be used two ways, as a balm to a hurting soul or a sword to cut a deep wound. Use them carefully. 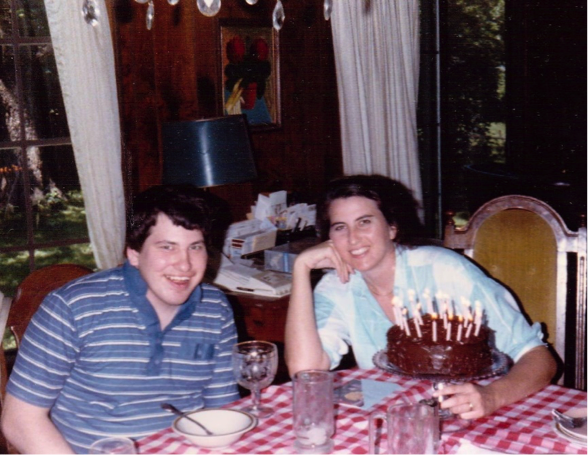 My self-appointed role is to protect my brother–physically and emotionally.

In the past I would sit quietly, seething in silence, my heart crumbling a little each time I heard the “R” word used in a derogatory way. After years of keeping quiet, I realized silence is closely aligned with acquiescence. Confrontation is hard for me, but I now speak up when I hear people use the “R” word. Most people apologize, and we move on. I understand people make mistakes, and I have to be willing to forgive if they’re willing to learn. But then, there have been a few friends who have shocked me with their defiance and in spite of knowing how offensive I find the word, continue to use it. These are people who would never dream of allowing racial slurs or homophobic insults to emerge from their mouth, yet they think intellectually disabled terms are fair game?! Their behavior shows an ignorance but more importantly, it tells me they aren’t concerned with how their words impact other people’s feelings, and those are people I don’t want in my life. My brother has trouble communicating, so my role is to speak for him and others who can’t. Until my last breath I will fight for him to be treated with dignity, and that includes advocating for the abandonment of the “R” word. My brother, and everyone with intellectual challenges, deserves to be treated with respect and kindness. Isn’t that what we all want? 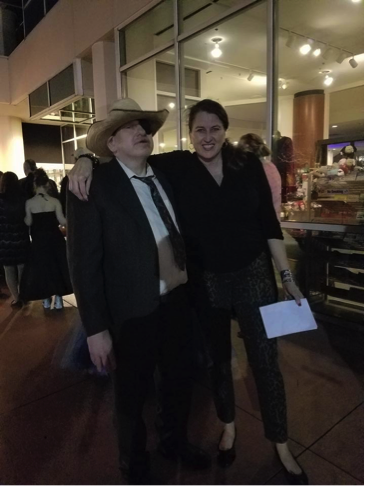 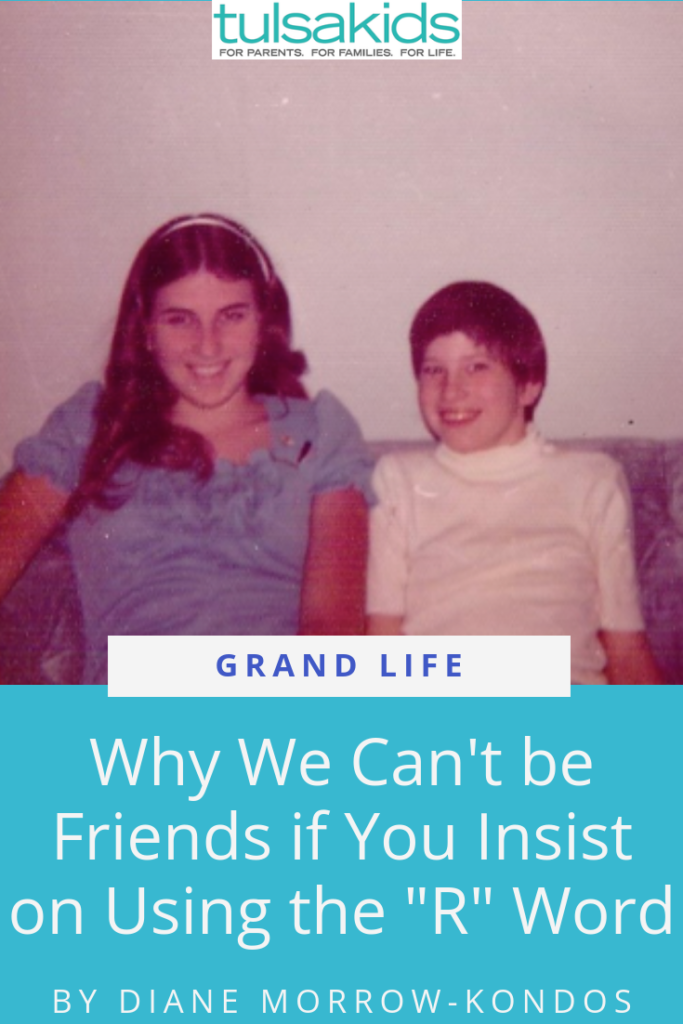