Explore the Many Advantages of Community College

Regardless of which university one attends, the transition from high school to college can be a culture shock. The new environment, the new people, the relative freedom to create your own class schedule – these paradigm shifts come with the territory. Fortunately, they tend to be a step up from the high school experience. From there, it becomes a question of which particular college is best for you. One such option is the community college route. There are several differences between community colleges and four-year universities, chief among them being that the former’s degree programs typically take only two years to complete rather than four. As such, associate degrees tend to be the highest ones offered at community colleges.

Throughout my senior year of high school, I noticed a stigma among my peers toward this type of school – an overall sense that community colleges weren’t a viable option post-graduation. That said, we’re here to not only dispel some of the myths surrounding these schools, but also to offer insight into just a few of the tangible benefits that community colleges provide.

College is expensive. Even at its most affordable, when paid for out-of-pocket, it a significant investment. Fortunately, the cost of tuition continues to be community colleges’ clearest advantage over their four-year counterparts. For example, the estimated cost per semester for Oklahoma residents at Tulsa Community College (TCC) and Murray State College are $1,350 and $2,550, respectively. Conversely, Oklahoma Sate University’s block rate per semester is $4,621, while the University of Oklahoma’s estimated cost is $6,413.

Upon graduating high school, many people are unsure as to what career path they want to take. I know I was! Some may not even be convinced that college in general is the most worthwhile option for them. With that said, the comparatively low rate of tuition at community colleges will dramatically lessen the amount of risk involved, while allowing students to explore their interests. 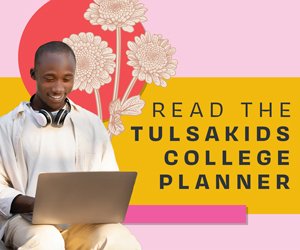 Thanks in part to movies and television, some people tend to associate all college classrooms with massive auditoriums that seat over 100 students. You won’t find huge auditorium classes at community colleges. With an average class size of 20-25 students, these are much more comparable to high school classrooms.

“The classes are a bit easier here because there aren’t as many people in them,” said TCC student Jake Kelley. “You can more easily ask questions and get help from the professor. It’s easier to have a back-and-forth dialogue with the professor, so it’s more inviting to be verbally and mentally present.”

As someone who attended both TCC and OSU, I can verify that there’s a massive difference between the two in terms of scope and scale. Despite having a campus as big as 1,489 acres, parking was not always ideal at OSU. As a result, most of my mornings involved me walking 15 to 20 minutes from my car to my class. I may have gotten some necessary steps in, but I was definitely cutting it close to my class’s start time.

With community colleges generally having smaller campuses than your average university, navigation is much easier.

Change can be tough, especially when that change forces us to move away from our family and friends. Frankly, simply attending college is a massive step on its own. Finding a community college that’s closer to home will help make the transition easier.

“Starting off, it was nice because I was so close to Union – where I went to high school – and it’s in my hometown,” Kelley said. “I was able to kind of ease into the college experience.”

Financially, too, it may be more convenient to live at home while you’re attending community college. If a four-year college or graduate school is in your future, saving money while taking basic courses can really pay off.

Time to Focus on the Basics

For many of us, our dreams and aspirations aren’t clear immediately after high school. We don’t know which career or major to choose right off the bat. As such, many community college students take those first two years to focus exclusively on their general education requirements – math, science, history, English, etc. – while they figure out what they want to do.

Best of all, the credits earned from these classes will transfer to a four-year university. Check with admission advisors at the college where you hope to transfer in order to make sure they accept the classes you are taking at a community college.

Not everyone is interested in earning a bachelor’s degree or associate degree. Luckily, community colleges are known for offering certificate programs that can be completed within one year. From electronic technician to industrial maintenance technology to world languages such as French and Spanish, these certificates can be applied directly to the workforce.