An Interview with Dr. James Ross

Hello, I’m Betty Casey, editor of TulsaKids Magazine, and we’re here today with Dr. James Ross. He is a family physician with Ross Medical Care. We’re going to talk about some common things that children are facing, especially during this time of year, with fall and going back to school. Ear infections, allergies, maybe respiratory allergies, colds and how to prevent some of those things and keep kids healthy during this time.

Let’s talk first about allergies and colds. How do you know the difference between an allergy and a cold?

That’s a good question. There’s often a lot of similar overlap between allergy symptoms and colds caused by viruses and whatnot. Oftentimes you’ll see runny nose, watery eyes, maybe have a little bit of a cold. You’ll see with both of those, both allergies and colds as well as respiratory infections.

The thing that typically distinguishes between allergies and a cold would be fever, for example. Fever, progressive cough, severe cough, there are different kinds of deeper-sounding coughs. Sometimes the nasal drainage in children can change color from more of a clear to a darker green color.

Those are the main things, of course. Kids that are excessively fussy. Kids that may not be easily consolable, waking up in the middle of the night, tugging at the ears. Those would be things I would say would probably be more along the lines of an infectious process, rather than an allergic process.

You also see in kids with allergies, of course, scratching their eyes, rubbing their noses, clear runny nose, sneezing of course is another biggie.

There are different allergens at this time of year, obviously with the different seasons, we see different pollens and things manifesting and creating a lot of these symptoms for children.

When would you recommend that people go to see their physician? What symptoms should you watch for?

I would say, if children are having fever, if they are not consolable, if they’re crying, very fussy, tugging at the ears, a cough that is really progressing that sounds deeper/croupy. You can have different types of sounds there.

If a child is having difficulty breathing or working hard to breathe, breathing fast, faster than normal, having any signs there that we would call respiratory distress, what we call retractions, where you can see the muscles working extra-hard and the rib cage kind of sucking in, working hard or nasal flaring. Those would be things I would want a child to come to their physician for, to be evaluated.

So oftentimes kids will get a virus, have an upper respiratory infection, they’ll get fluid in their ears. And if that fluid isn’t draining properly, and in children it doesn’t drain as readily sometimes, bacteria can proliferate and grow, duplicate and replicate, basically manifesting in that fluid becoming infected, causing the ear infection. So that’s kind of what the middle ear infection, “acute otitis media,” is.

So how do you tell if your kid has an ear infection? The most common things that we see are tugging or pulling at the ears. Of course fever is very common in ear infections. Oftentimes I’ll see kids, babies, that wake up in the middle of the night crying, fussy, just screaming. Occasionally you’ll actually have an ear drum rupture, and you’ll see fluid or blood-tinged fluid coming out of the ear canal.

Once in a while, maybe, more subtle findings, if there’s fluid building up slowly, maybe at times children won’t hear as well, they won’t respond as readily, maybe they’ll be a little clumsy, off-balance, that can happen sometimes. But typically you’ll see the tugging at the ear, the pressure, pain, and fever. Very common.

How are ear infections treated?

There are different schools of thought behind this. We have seen over the last 20 or 30 years is probably a situation where we tend to over-prescribe antibiotics. We treat a lot of respiratory infections unnecessarily. And when I see we, I mean the medical community. In Europe, for example, they do a lot of watchful waiting. They don’t don’t prescribe and push lot of antibiotics for ear infections, because over time, they typically resolve on their own.

But if an ear infection is severe enough to where a clinician feels that it needs to be treated with an antibiotic, typically amoxicillins and the like would be prescribed. Amoxicillins, penicillins, and similar medications. Zithromax, Cephalosporins, that’s another brand type of antibiotic. Sometimes those are recommended as well to treat the ear infection.

But honestly, I think that if a child doesn’t look uncomfortable, doesn’t have fever, is otherwise acting okay, I recommend we wait a day or two and see how the baby does, see how the child does. If things are getting better, maybe they’re feeling better, acting normal, bring the child back, re-look at the ears, and make sure everything is okay. Because more often than not, these things can resolve on their own. The body, the immune system, can fight this infection as well. So I try to do a lot more watchful waiting in my practice. I know there’s a growing recommendation of that. But certainly if that child is very fussy, febrile, miserable, or if it looks like that eardrum is going to burst, if it’s very, very full, that might be an indication to go ahead and put a child on the antibiotic, to go ahead and treat. 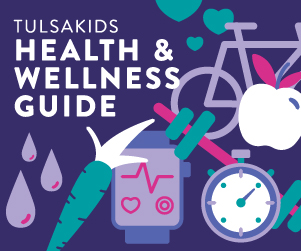 What are some commonsense ways we can keep our kids healthy during this time when viruses are high, and we’re getting into the winter? What would you recommend that we can do as parents to keep kids healthy?

But I just encourage a lot of common sense with my patients, their families, their parents. I always recommend just good things like handwashing. With good soap and warm water. Good, warm water. I recommend a plant-based soap typically. That’s very important. Teaching your children not to touch everything, [not to] rub their eyes and their noses if possible. You really want to keep their hands clean.

I recommend really good nutrition across the board anyway. If a child is eating healthy, not a lot of sugar or junk food, but eating clean, good foods, healthy foods. But even good supplementation, I recommend a probiotic. I think that’s great for the immune system. That’s great for the gut, great for the immune system. A lot of our immune factors are located in our GI tract. Vitamin C, Vitamin D. Of course, younger babies, you don’t do a lot of Vitamin C with. If a child can chew and have teeth, they can have a chewable tablet or a liquid. Two and up, 4 and up, you can give them chewables. Gummies that have Vitamin C. Elderberry is also good to use, naturally. Vitamin D drops, comes in a liquid. We do recommend Vitamin D supplementation for infants on up. That’s really important. Even things like Omega 3s, fish oils, are actually quite good for the immune system and health.

Getting enough sleep. We don’t think about that, but making sure your kids go to bed at a good time, at a set time, getting plenty of sleep…An early bedtime is important.

People like maybe essential oils. Thieves, for example, is a good thing to use when a child maybe starts to come down with something. You can use a little bit of that. Again, limiting sugar intake, eating clean, being healthy, getting plenty of exercise, getting outside, getting some sun, those are all things that are very important to health and wellness and developing a good immune system. Of course, try to minimize sick contacts. If you’ve got other people that are sick in the house, you just have to be careful about that. Don’t drink after someone who might have a cold or whatnot. Just common sense things, but it happens so often. I have six children, so I’ve seen this happen. quite a bit over the years. So those are some basic things.

You have a lot of experience. But that advice sounds like something we all need to follow. Exercise, being outside, cutting down on sugar. As parents, we can be good role models in those ways for our children.

Saying YES: A New Resource Fills a Gap for Children and Youth in Crisis