Birthday Parties that Give Back 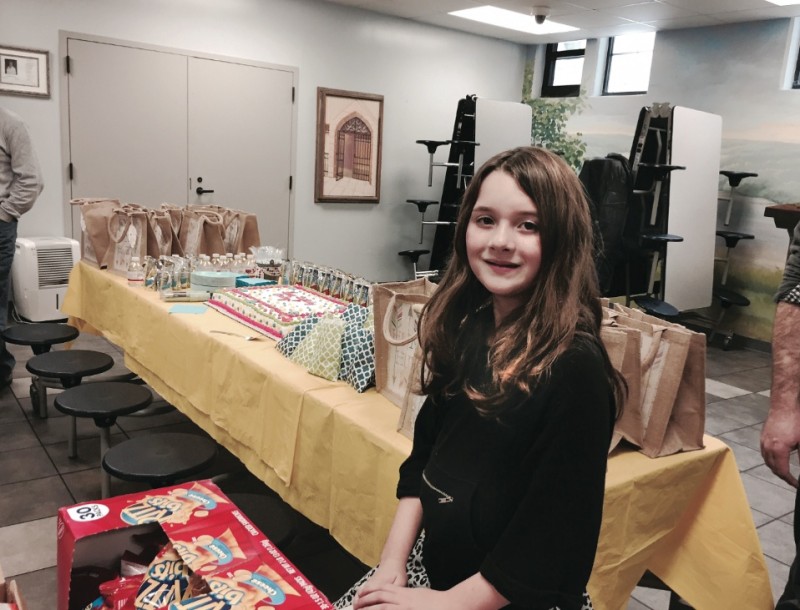 Birthday parties that give back not only benefit the community, they can also reduce environmental waste and avoid the accumulation of “stuff”

Stuff stuff and more stuff. It’s a trend many Tulsa area parents are starting to buck as “no gifts please” becomes a common addendum to invitations.

And, though young children‘s birthday celebrations now often do not include piles of presents, the motives behind parents’ inclinations to skip the toy mountain are heading in a decidedly more altruistic direction.

For Bharti Madaboosi, area mom of 5-year-old Arnav, the concern is environmentally based. “I discourage using all [these] plastic toys and wrapping paper and non-recyclable stuff that goes along with that,” she notes.

For the first time ever, in recognition of her concerns, this year the family decided to host Arnav’s birthday at a local miniature golf complex as a “gift free” celebration. They later decided to give guests the option of donating to the Tulsa Heart Walk in which the family was already planning to participate.

Giving Back to Iron Gate

Emily Bolusky, who has long been a supporter of Iron Gate, introduced the idea of doing a party at Iron Gate well before her daughter Conley’s ninth birthday. Conley independently circled back and embraced the concept of assembling kids packs (bags full of snack foods for children of Iron Gate clients). Party attendees were asked to bring components of the packs (drink boxes, snack crackers and the like) in lieu of gifts and, to be respectful, the party was held when no clients were present at the facility.

Calling it their family’s “best birthday party,” Bolusky was delighted at the enthusiasm and participation of the children invited as well as their parents. “We had cake and drinks,” she said, “but the kids were so into putting the packs together…the cake and other things were nothing to them.”

Much like the trend of “paying it forward,” a huge benefit of giving-back birthdays is that they can be contagious in the very best way. Bolusky was the first to celebrate a birthday at the Iron Gate facility, and she inspired her friends to follow her lead. 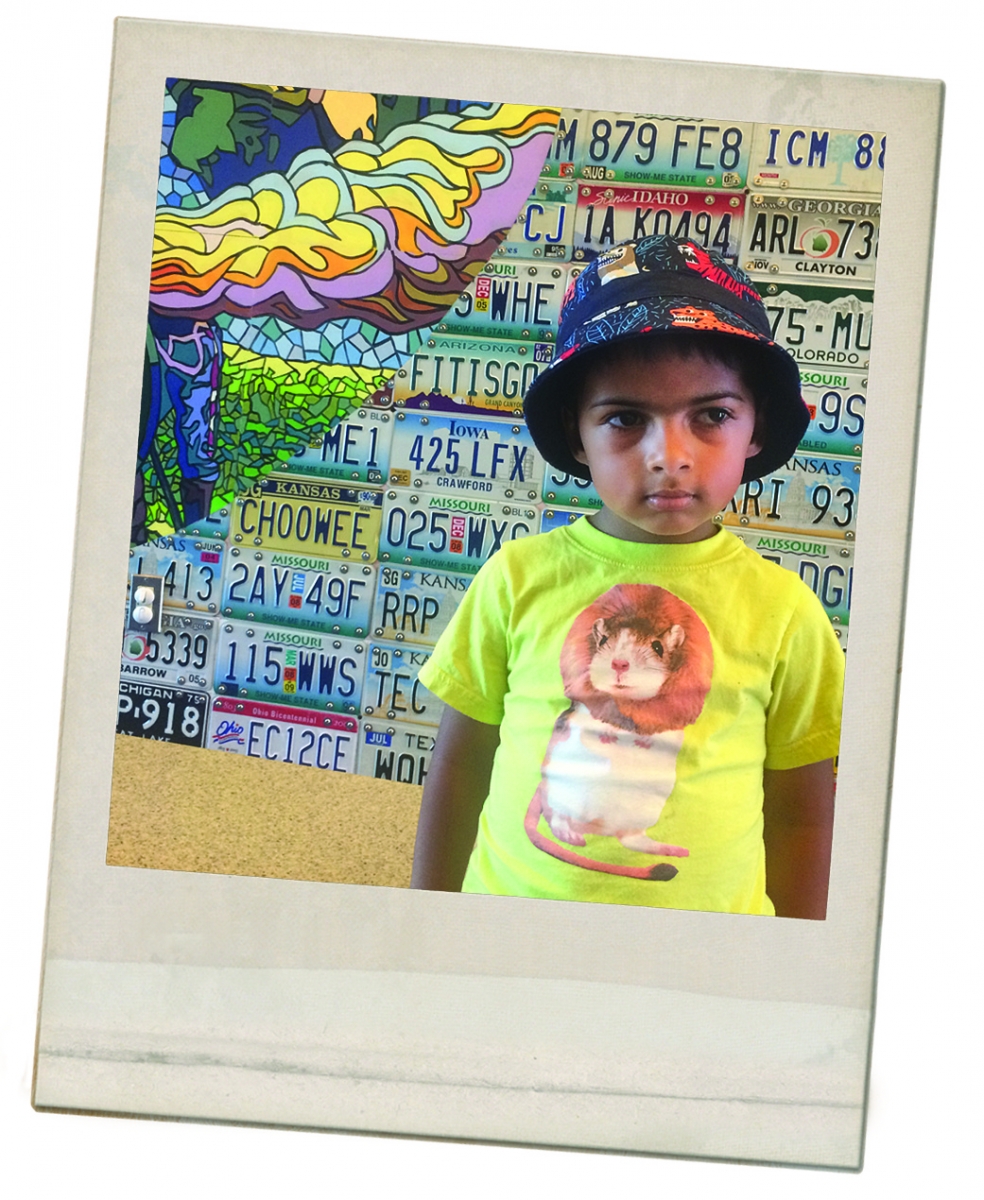 After attending Conley’s party, Sam Galoob decided to celebrate his ninth birthday in a similar way, assembling Iron Gate kids packs at an off-site location. Party guests managed to assemble over 200 kids packs during the party – and to enjoy cake, treats and playtime together.

Another one of Conley’s friends, Adina Shane, was inspired to use her 10th birthday party as a way to give back – though in a slightly different manner. Having previously worked on a service project for the Tulsa Day Center for the Homeless, Shane decided that instead of gifts she and her parents would create “housewarming baskets“ to give to the Center’s clients.

Her mom, Cheryl, helped her create a SignUp Genius page listing all the needed components to assemble three such baskets. Guests were asked to bring items such as mugs or blankets instead of a present. The party, held at the Shane’s home, focused on playing outside and eating cake. Only at the party’s end did a few friends stick around to help put the baskets together. 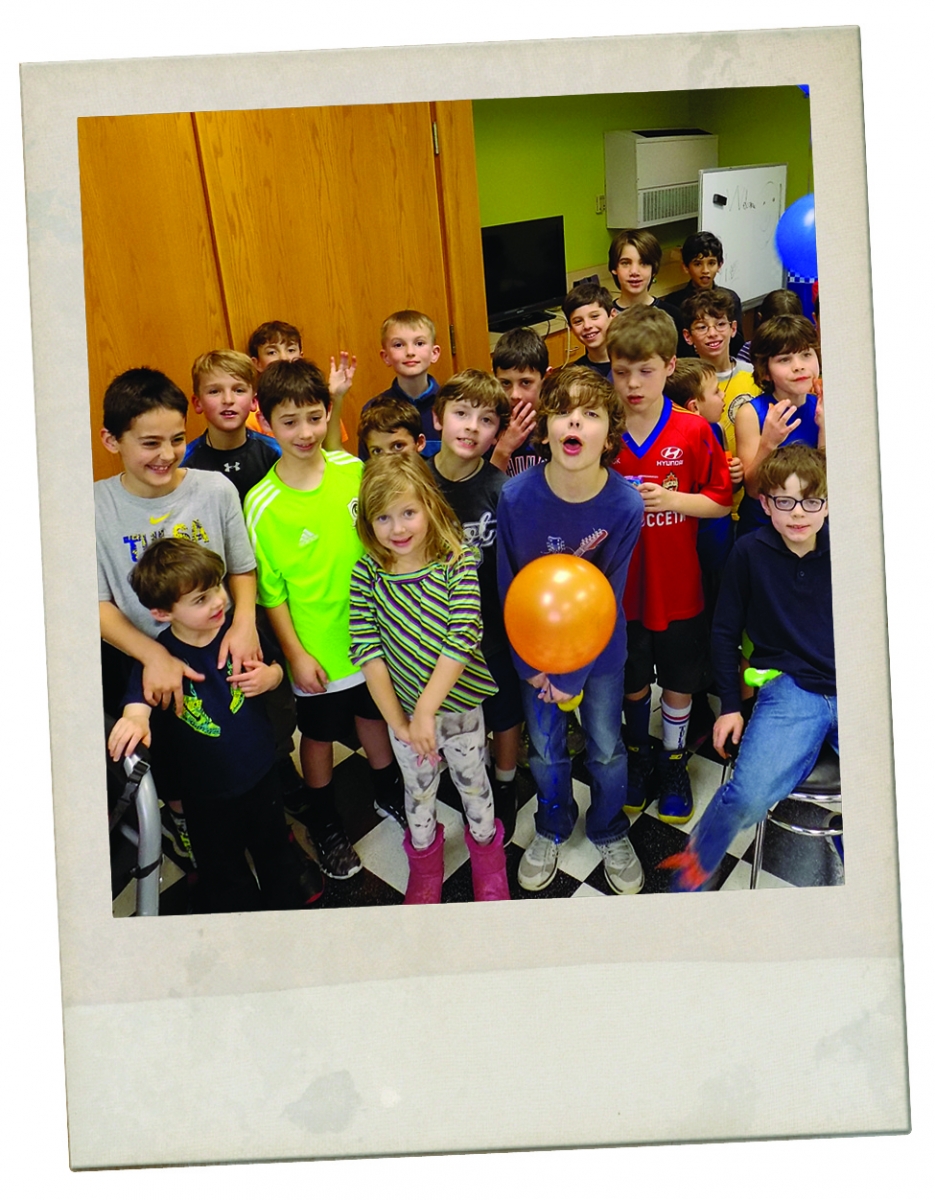 Don’t think it’s just overeager parents who are excited about the prospect of using a child’s birthday as a way to give back. More often than not, it‘s the kids themselves broaching the subject first.

“All the other years, I had just regular stuff for ME,” Sam Galoob said. “It was kind of selfish and I wanted to give back to people who didn’t have that much.”

Adina Shane’s mom noted that it was Adina who initially approached her and her husband —  and they then helped guide her to an appropriate project.

But really, aren’t kids even the teeniest bit whiny that their party lacks the traditional gifts from friends? “I already had enough presents from my family,” Sam said with profound maturity. 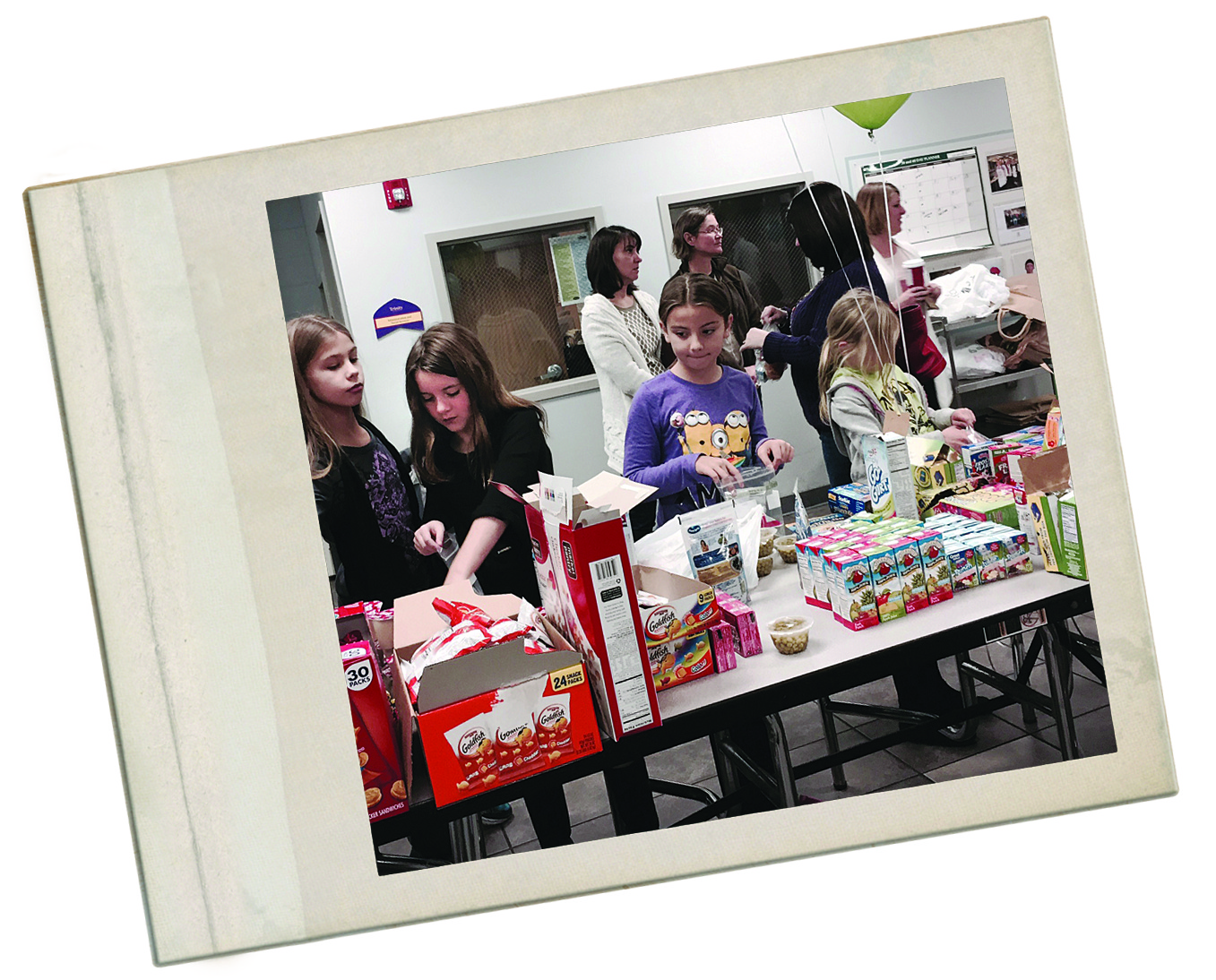 Emily Bolusky said that Conley was promised a personal present from her parents so that the birthday would not be completely devoid of presents. And Adina Shane says she wound up getting a handful of gifts from close friends and family anyway.

Parents suggest that the best way to safeguard against birthday gift regret is to actually discuss it with your child in advance. After Madaboosi told her son Arnav that there would be no gifts from friends and why, he responded, “Let me think about it.” After taking a day, he independently came back and said, “Yes, I want to do this.”

After raising $75 for the Tulsa Heart Walk, Madaboosi pointed out to him, “If you had gotten toys, you would play with them for a week maximum, but look what a difference you’ve now made!”

How to start the conversation? Firstly, give your child credit for being a mature and observant citizen of the world. 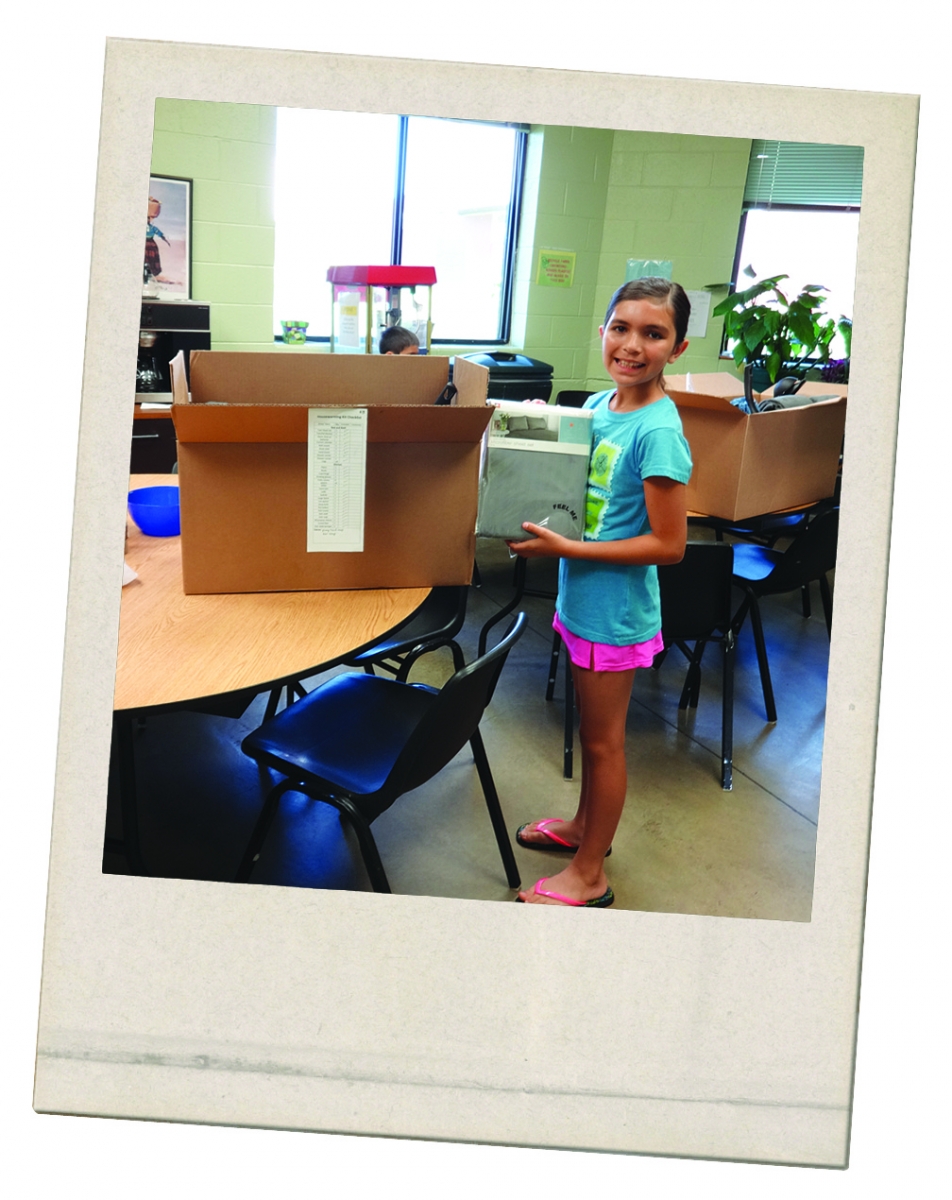 “I truly believe kids are naturally, inherently compassionate,” said Meghann Ray, director of communications at Iron Gate. “The value of doing a structured giving program is that they learn how to channel their compassion…and meaningfully give back.”

Cheryl Shane suggested that if your child has already attended a party with a giving-back component, ask him how he would feel about doing a community service birthday party. Or, point out that “we tend to get so much stuff; too many things sometimes. What do you think we could do [about that]?“

All four families have nothing but positive feelings and rave reviews from guests following their first experiences with giving-back birthdays. When asked if they’d do it again, all chorused with a resounding “YES!”

But Sam perhaps summed up the experience best, saying, “You can give back to people who don’t have that much and then the world will be a better place.” Indeed it will.

Other Ideas for Birthday Parties that Give Back