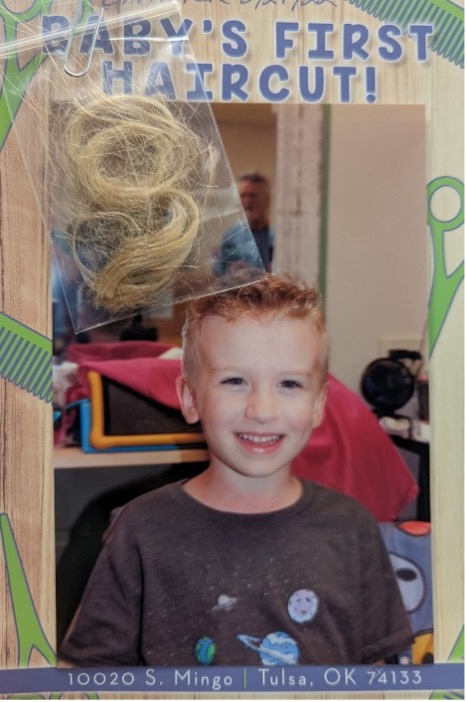 Baby’s first haircut is usually a term and an event reserved for kids around two or three, but my grandson Callister just had his first haircut at the age of four. He’ll be five on June 13. His parents have let him decide about his hair, and a few weeks ago, he decided it was time for the hair to be cut.

His decision created conflicting emotions for me. I loved his beautiful long, blonde curls. I wrote a blog about it recently, “I’m a Boy. I just Have Better Hair Than You.” His hair was beautiful, but it required a lot of work, and I wasn’t the person doing the work. Callister was compliant with the high-maintenance hair care until about a month ago, and then he began resisting the laborious evening process. That’s when he asked his parents for a haircut. 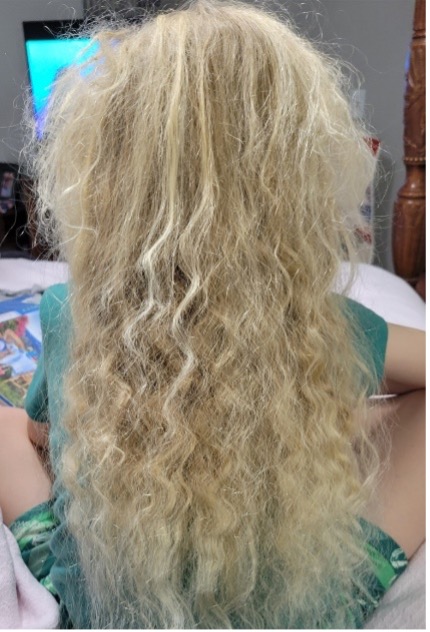 His hair before the cut

By the time my daughter was ready to make an appointment for Callsiter’s haircut, his hair had become full of knots and quite out of control. Long hair is one thing, but long, curly hair is a much bigger challenge! So she researched and found a salon called Chloe’s specializing in children’s hair. They also are experts in cutting hair for kids with sensory issues and other special needs.

My daughter invited my husband and me to go along for moral support, and we were happy to be included in this milestone event. I expected Callister to change his mind. I anticipated him to be freaked out by the unfamiliar experience and drastic change. I expected a few tears, but my eyes were the only ones that leaked just a little. Callister was determined he was ready for a haircut and willingly climbed into the chair. 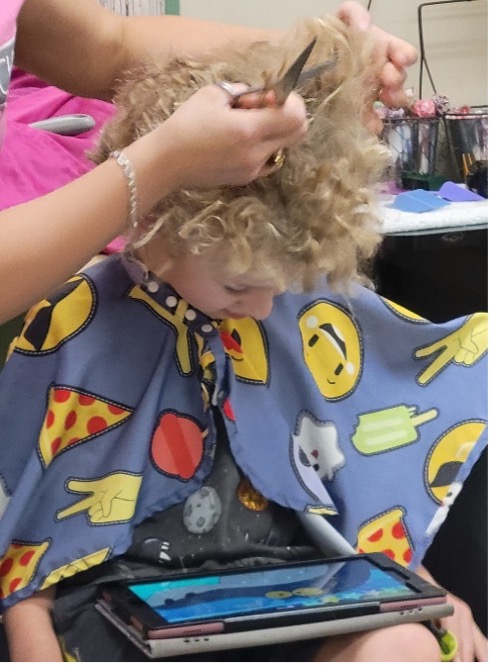 I felt slightly sorry for the hairstylist who had to tackle the mop of curls and tangles, but she appeared undaunted. Brittany told us she has seventeen years of experience cutting hair. Her level of expertise with kids and hair quickly became apparent. She formed an attack plan after talking to Callister about what he wanted. Brittany knew exactly what she was doing, and thirty minutes later, my grandson’s looks were transformed! 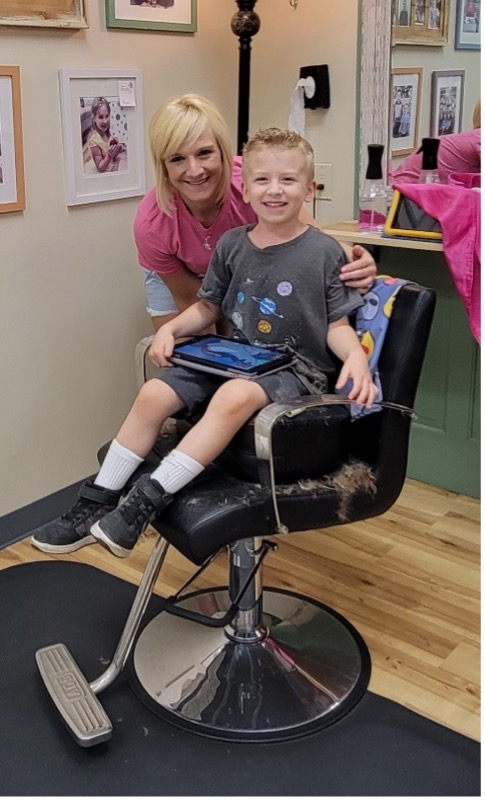 We went to Yum for a post haircut treat, and as I sat across from Callister, I marveled at the change in his looks. He went into the salon looking like a pre-school child, and he came out looking like a half-grown kid. His eyes, which had previously been hidden by a curtain of curls, now popped out as beautiful blue. It’s a drastic change, but it’s a positive change! Summer swimming will be much easier, his neck will be cooler, and the haircare routine will be almost non-existent. I’ll miss those curls, but I love his new look also. Our “baby” had his first haircut, and it couldn’t have gone smoother! Change is good. 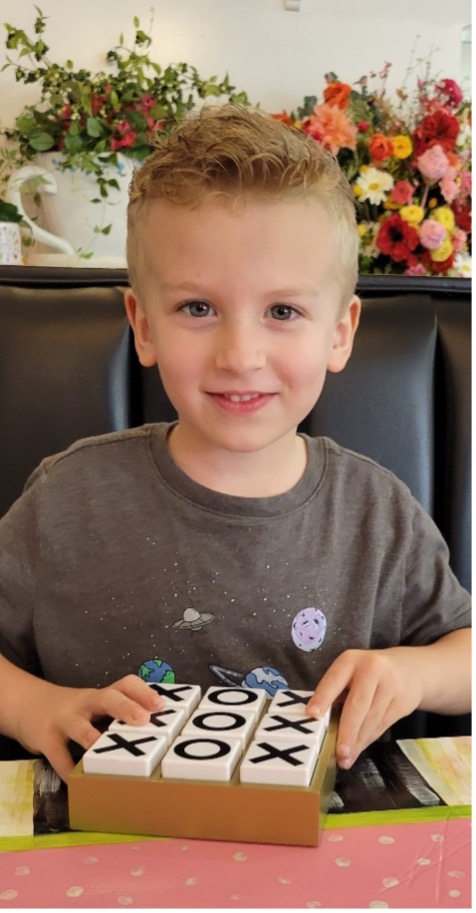 Is this the same kid?!

If you have a child who needs a haircut, I recommend Chloe’s. They do all kids’ hair and have many years of experience cutting hair for kids with sensory issues and special needs. They even have one room isolated for kids who need as little stimulus as possible. Discuss your child’s needs when you call and make an appointment. If it’s your child’s first haircut, they include a picture and a lock of hair as keepsakes. 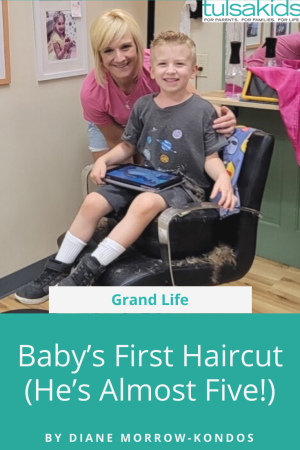