A Visit with Young Actresses on Disney’s Frozen Tour

Sydney Elise Russell, who plays Young Elsa in Disney’s Frozen, knew that she wanted to be an actress after seeing The Lion King on Broadway when she was 5 years old. With the support of her mother, who “is my awesome vocal coach,” Sydney began her professional career at age 6 when she played Tinker Bell in Peter Pan, Jr. Last year, she was cast as Young Nala in The Lion King on Broadway. 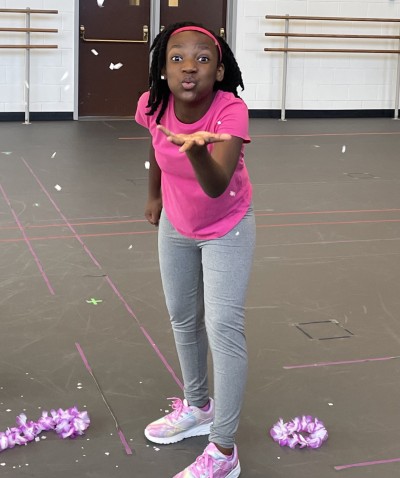 Aria Kane, who plays Young Anna in Frozen, said she has been performing since she was “about 2 or 3 years old.” Her first theater show was playing Dorothy in The Wizard of Oz, Jr. at Annie’s Playhouse in New Jersey. As Young Anna, Aria says she loves her role because “I’m finally a real, live Disney princess…I’ve wanted to be one for my entire life!”

Fans of Frozen will be able to see Sydney and Aria at the Tulsa Performing Arts Center as they perform their roles in the Broadway musical, which opens Oct. 20.

Both Aria and Sydney started acting, dance/gymnastics and singing lessons at a very young age.

Sydney’s advice to other young people is to go after their dreams.

“My advice for an aspiring performer would be to follow your heart,” she says. “Make sure you get the proper training and coaching, and always work on your craft. You never know when your opportunity will come, so make sure you’re always prepared to show up and be your best.”

Sydney hopes to be an inspiration to other young girls to “dream big.” She hopes to someday write and direct her own television shows, movies and plays. Both girls are grateful for the opportunity to perform with fellow cast members and enjoy being on stage in cities across the U.S. 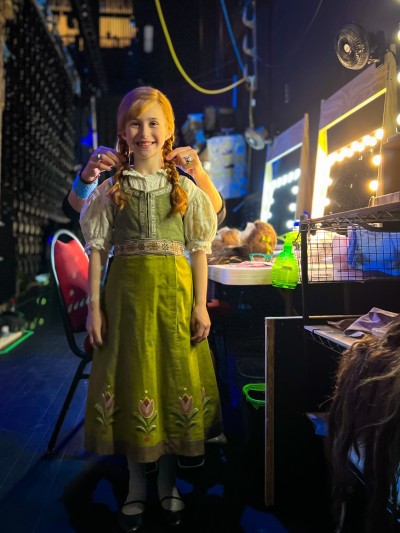 While touring, tutors keep them up on schoolwork from home. Aria finds the fun in being on the road – and she loves airplanes!

“It’s really cool to see all the different cities and explore new places and meet new people,” Aria says. “Sometimes I miss my home and my dad and grandma and my cats and dogs, though.”

She likes to relax by hanging out with the other girls on tour and playing on her iPad. And, like most kids, she loves swimming in hotel pools.

Aria and Sydney both shared fun facts that happened to them on their eighth birthdays.

“I started touring with Frozen on my eighth birthday!” Aria said. “The cast and crew even got me an Elsa cake to celebrate, and everyone sang Happy Birthday to me before the performance.”

Sydney said that her eighth birthday video went viral in 2019 when her parents shared a video of her dancing in Disney’s Magic Kingdom. “Millions of people shared it on social media!” she said. “As a result, I had several television appearances, met so many amazing people and created a wonderful memory I’ll never forget.” 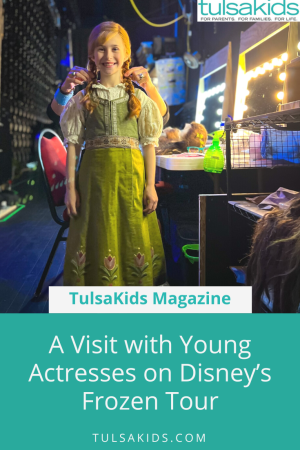 Whether you contribute a toy to a child in need, serve a meal, or volunteer to help a non-profit, there is no time like the holidays to help others in need.