Happy Birthday to Me:

Ten things I Learned in the Last Year 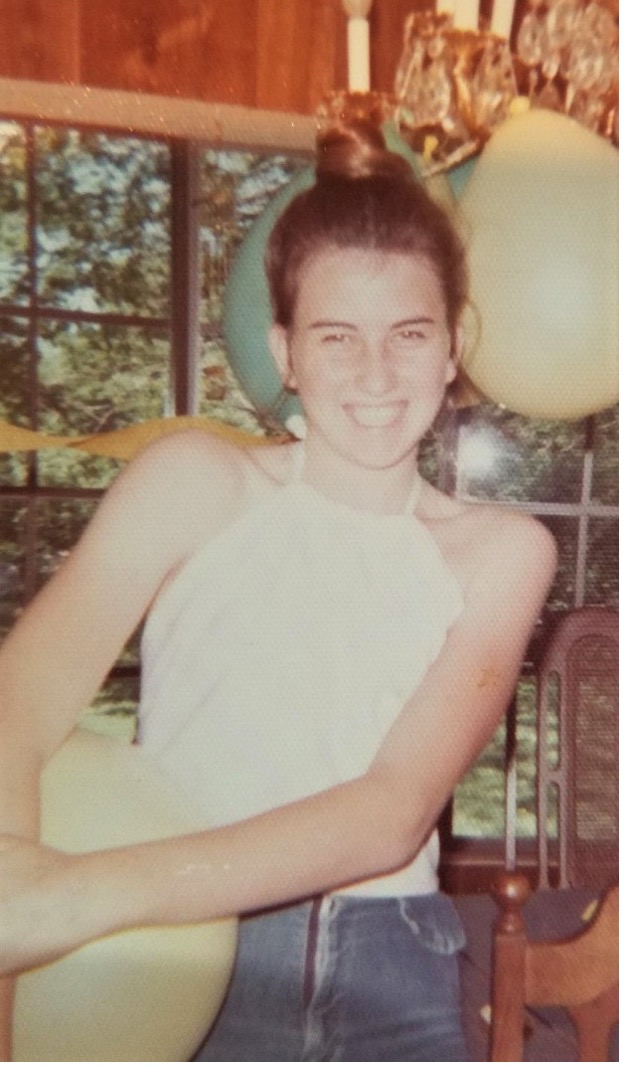 Last week was my birthday, and I was decidedly not looking forward to it. That’s uncharacteristic for me, as I’m generally optimistic and take aging in stride. After some introspection, I guessed that maybe my dread of turning 63 was because I felt like I drifted through the last year of my life. In some ways, it seemed like I went to sleep right around my 62nd birthday and woke up again right before my 63rd birthday. Yet, I also felt like I aged ten years in twelve months. Upon deeper reflection (maybe I have too much time on my hands if I’m doing all this reflecting), I realized the year wasn’t lost.  Old dogs can learn new tricks, and these are the top ten things this “long in the tooth” canine learned since my last birthday.

1. It’s ok to be a human being instead of a human doing.

I am driven by goals and accomplishments. I like to make lists and check things off, set goals and achieve them. With so many things canceled and my low comfort level for being amongst people during a pandemic, my lists became non-existent and my goals trivial. I realized maybe I depended on those checklists to validate my existence. That’s not a good thing.

2. My top priority is family.

I always knew this, but it became more firmly established during this last year. My daughters were very cautious since we’re “elderly” and often delivered little treats to our doorstep. Because they both work in jobs where they have frequent interaction with the public, we kept our distance and were masked with them until we were all fully vaccinated. I’m not really a hugger, but I missed hugging my kids. We were able to celebrate my birthday together last week, complete with hugs, and that was the best gift of all! 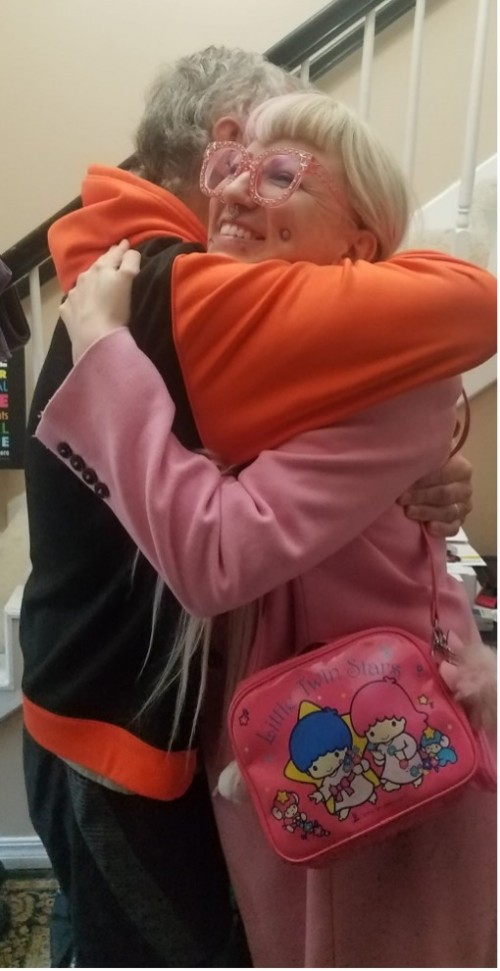 My husband’s first hug with our youngest daughter in over a year!

3. I have great friends.

I basically went into my cave like a hermit for a year, and I was not a good friend to anyone. We all have different comfort levels during a pandemic, and my comfort level required me to isolate. Maybe it was extreme, but it was what I needed to do. I was afraid I would emerge from my cave and have no friends left, but I am so grateful that my friends are still my friends, loyal and true. I was a little socially awkward on my first social encounters, but no one seemed to shun me, so I think I’m allowed back into society.

I knew it was real, but it was an intellectual knowing, not a true empathetic understanding. I had never experienced anxiety firsthand, but my daughter has suffered from it since early childhood. After having some bouts of anxiety early on in the pandemic, I now “get it” in a way I never did before. I found ways to cope– exercise, baking, limiting social media, and only watching the news once a day.

5. My worth is not determined by the scales.

Because I used baking as one of my antidotes to anxiety, I gained a few pounds. Ok, more than a few pounds. I also used exercise as a stress reliever, but you can’t outrun a bad diet. I’m baking less these days and working on making my diet healthier, but I’m also accepting that my worth as a person is not measured on the scale. I’m also here to say every woman should probably own at least two pairs of yoga pants because they are essential. My scales say so, and I’m agreeing.

6. Some rules are meant to be broken.

I have always had a strict rule against having televisions in the bedrooms. I didn’t allow my kids to have them, and I never had one in my bedroom. About halfway through this past year, I broke that rule and got a television in our bedroom. It’s not connected to cable, so I only have access to Netflix, Hulu, Disney, and Amazon Prime. I have watched so many old nostalgic television shows and movies. It’s been a wonderful escape from reality!

I really like him! Despite having a television in our bedroom, our marriage has thrived during the last year. I knew I loved my husband, but now it’s confirmed I actually like him. Until March of 2020, we had led somewhat separate lives, with each of us busy doing our own thing. His office shut down, and he began working from home, something we both thought we’d hate, but we’ve loved that extra time together. We’ve spent evenings playing Scrabble and Trivial Pursuit, sitting on the patio talking, and sometimes breaking out into spontaneous dance parties if one of “our songs” comes on Pandora. The guy is funny, easy to get along with, and was a good loser when I repeatedly beat him at Scrabble.

8. Libraries are one of the most valuable resources in our community.

I love the library and have since I was a young child. I have gone to the library once a week for almost all of my life. When the libraries announced they were closing, I felt panic. I knew I was an adaptable human. I could do without going out to eat, I could halt socialization, I could order my groceries online, but I could not live without books! Fortunately, the Tulsa libraries adapted quickly with online holds and curbside deliveries, book discussions on Zoom, Wifi in the parking lots, and a multitude of other services. I love our libraries!

I stole that line from Charles Dickens, but I won’t pretend to be literate enough to interpret his meaning. In our family, the worst was that a couple of family members did get COVID, but fortunately, they recovered. The best event of the year for our family was the birth of Sylvia Catherine in October. After my daughter’s two heartbreaking pregnancy losses in 2019, Sylvia’s birth was a celebration of life. She is an absolute dream baby, always happy and smiling, and just a complete joy to all of us. 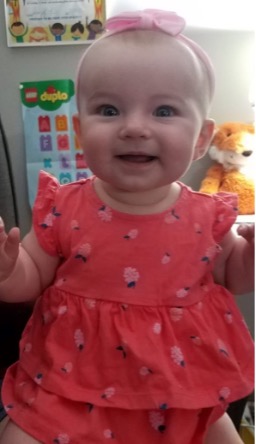 Seven-month-old Sylvia is the best thing that’s happened in our family in the last 12 months!

10. Getting old is a privilege.

Before the pandemic, I was smugly confident about my chances of living to 100. My grandfather died just a few months shy of 101, and my dad lived to 98. Now I realize the fragility of life, and I will try not to take my good health and life for granted. Almost 600,000 Americans lost their lives due to COVID, a tragedy of epic proportions. I should have known there were no guarantees of a long life. We don’t know when our time will be up, so we must cherish every day we have. I will embrace being 63 and be thankful for every single day. Please remind me of that next May when I turn 64! 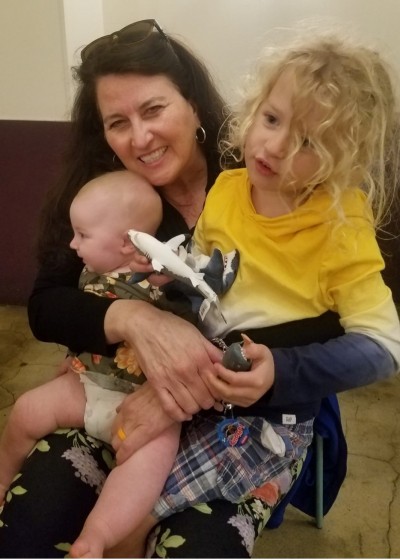 Being able to celebrate my birthday with my family was the best present! I believe it’s scientifically impossible to be unhappy with grandchildren on your lap! 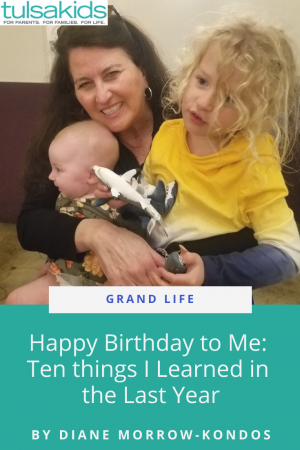