Welcome to the World, Sylvia! 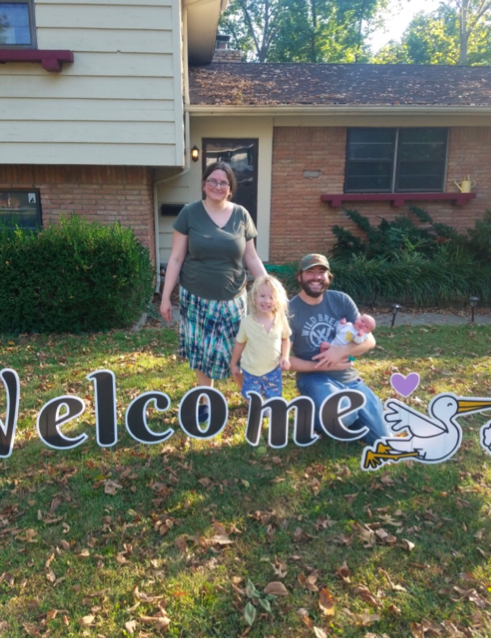 Do you believe in love at first sight? If you answered yes, you might be a grandparent! My new granddaughter was born this past week, and I couldn’t be more enamored of that little eight-pound bundle of love! It’s been a rough year for everyone, and as I’ve admitted in previous blogs, I’ve struggled a little with anxiety and pandemic fatigue. Even knowing my daughter was pregnant couldn’t jolt me all the way out of my gloom and doom mindset. But the minute I saw my new grandbaby, the clouds lifted, and a ray of sunshine broke through!

That last sentence is so corny, but I’ve found many of the phrases about grandparenting I used to think were clichés are absolutely true. They’re overused for a reason. The love we feel for our grandchildren is different from the love we have for our children. There are many reasons, but one of the main perks is the absence of day-to-day responsibility. In the ideal situation, grandparents are free from worrying about the daily grind, sleepless nights, and college costs. Grandparents get to indulge in all of the fun of parenting without any of the hard work, a role that’s the icing on the cake of life! 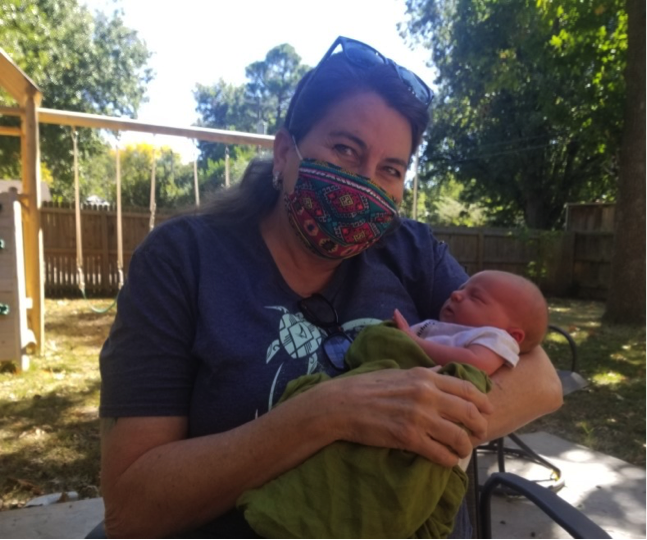 Holding my granddaughter in my arms is a wonderful experience, even with the mask on!

We were concerned with what Callister’s reaction would be to his new sister. We worried that he wouldn’t be too keen on the idea of sharing the spotlight after having been the star of the show for the last three years! Several times in the weeks preceding his sister’s birth, he had said he didn’t like babies and wouldn’t take care of his sister.

In an effort to create positive feelings, I took him to his favorite toy store so he could pick out a present for his sister, and of course, one for himself. We are frequent visitors to Kiddlestix because of their strict mask rules, great toys, and friendly staff. It’s one of the few places I have felt entirely safe taking my grandson during the pandemic. When one of the employees asked Callister what his baby sister’s name would be, he replied, “Dracula!” Although his answer was funny, it didn’t bode well for his new sibling.

Yet, when he saw his little sister for the first time, he fell under her magical spell and immediately started taking care of her, enthusiastically proclaiming, “I like her!” In a complete 180-degree turnaround, Callister is now begging his mom for two more baby sisters. I’ll stay out of those negotiations, but I do hope this sibling honeymoon stage lasts a long time. 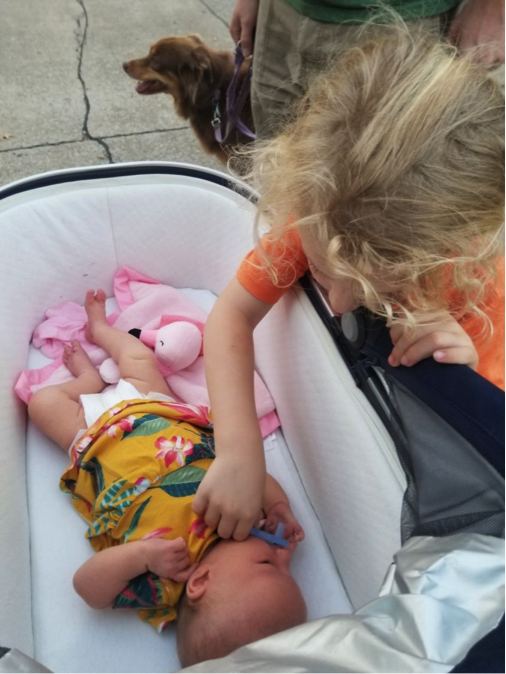 Callister checks to make sure she has her pacifier.

Have your children while your parents are still young enough to take care of them. – Rita Rudner

My daughter missed the boat on this one. We felt young until our three-year-old grandson stayed with us for four nights. Yes, he stayed the days also, but it’s the nights that about killed us. We knew he’d be staying with us while his parents were in the hospital, so I had made all kinds of plans for the activities, projects, and science experiments we were going to do. I laid in a supply of his favorite foods and prepared his room. I was ready; this was going to be an epic time he would always remember. My lofty goals lasted about 24 hours, and then the list went up in figurative flames. I was a fool to think that at the age of 62, I could keep up with a high-energy three-year-old. He liked to remind me of that, frequently saying, “I have energy, Grandmom, I have lots of energy!” Yes, I can now bear witness to his limitless energy. By the second night, I had resorted to screen time for my grandson so I could cook dinner in relative peace.

By the third night, I asked my husband to take over bedtime. Apparently, I am a total pushover when it comes to my grandson, and I give in way too easily to his pleas for “one more story.” I turn into a pumpkin at about 9 PM, but I love mornings, so I took the early shift. Every morning while he was here, we sang our good morning song, “Oh What a Beautiful Morning” from the musical “Oklahoma.” He knows it by heart because I’ve been singing it to him since he was born. Then we say our daily affirmation, “We’re going to make it a great day!” We did have a wonderful time with him, but I can’t say I cried when we took him back home. Well, maybe a few tears of exhaustion and relief. 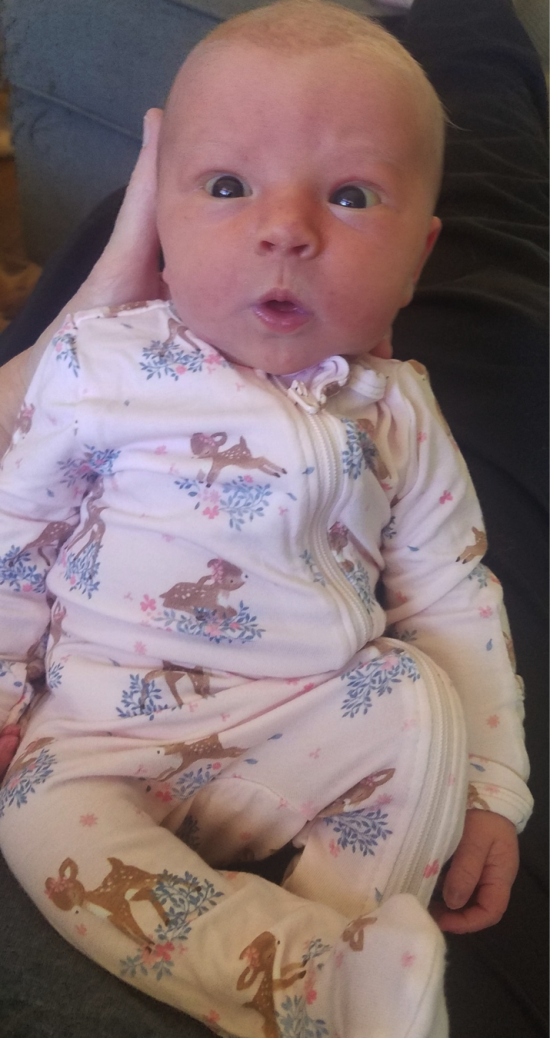 She’s wide awake and ready to take on the world, as soon as her eyes can focus.

Though she be but little, she is fierce. – William Shakespeare

My granddaughter is named Sylvia, for her great, great aunt, and Catherine for her great-grandmother. Sylvia Catherine is small now, but I believe she will grow to be a powerful, strong woman like her mother and her namesakes. She’s entering the world in a turbulent time, during a pandemic, but I have to believe there are better times ahead. I wish for her a world full of kindness, good health, and beauty. I wish her the strength and intelligence to pursue her dreams. But most of all, I wish her love, and in that area, she is already a winner! Welcome to the world, Sylvia Catherine! 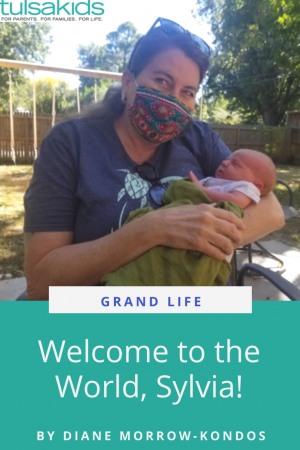